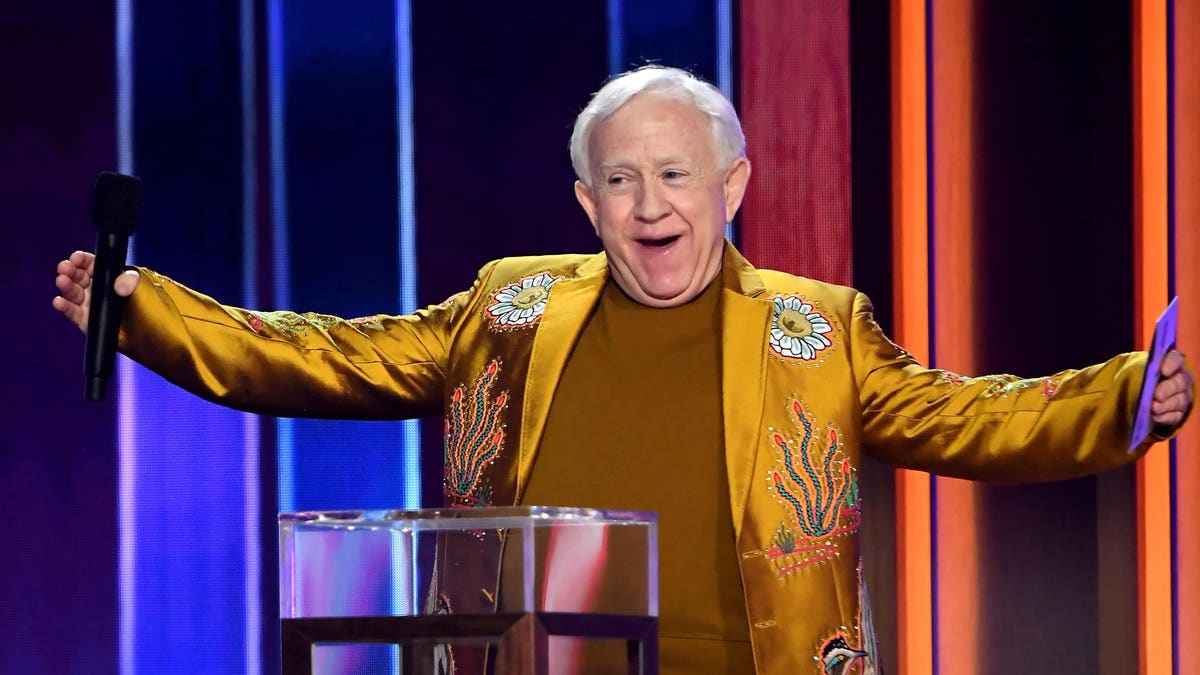 Leslie Jordan may have been one of the busiest people in Hollywood during the pandemic. When work slowed in the acting world, he diverted his attention to Instagram becoming a social media star with, at last count, more than 5-and-half million followers.

He also wrote a book and recorded an album. The album is called Company’s Comin’ and features some of the gospel songs he sang growing up in Chattanooga, Tennessee. He chose the title from something his mother used to say.

“Company’s comin’ is something my mother would yell and that meant you needed to put on a nice shirt and wash your face,” he recalls. “And I wanted the album to sound like we’re all in the living room just singing and packing and telling stories. That’s how it came across and I’m so proud of it.”

Jordan was able to get a number of Nashville artists to join him on the record. Dolly Parton, Tanya Tucker, Brandi Carlisle, Chris and Morgane Stapleton, and TJ Osborne of the Brothers Osborne, all perform duets with Jordan.

“I don’t know if it was because of COVID or that’s just the way you do it, but you’re never in the same studio with the same person you’re doing the duet with,” Jordan says. “I went back to LA and recorded my tracks and sent them out. I think Brandi has a studio on her compound and Dolly does, too. So, they added their tracks and it just all came together.”

Some of the songs are those Jordan sang in church as a child like “In the Sweet By And By” and “This Little Heart of Mine,” while others were new to him.

Recording a gospel album marks a lengthy, full-circle moment for Jordan. As a young gay man growing up in Chattanooga, Tennessee, he walked away from the church nearly a half century ago.

“You know, when I’m being very dramatic, I’ll say I walked away, but I didn’t really walk away. It’s just, how do you embrace something that doesn’t embrace you?”

He notes that he wasn’t the only one who found the church restrictive.

“I had an axe to grind with the Baptist Church, but it’s interesting because my friend, Travis Howard, was Pentecostal and he really grew up in the church. He’s straight and I’m gay and we both had the same axes to grind. We felt they shamed us too much. We’d always hear ‘you just ought to be ashamed of yourselves.”

Decades later, he and Howard began singing some of those hymns and gospel songs, posting them on Instagram on Sunday mornings. They soon decided they should do an album.

“These songs were the fabric of my childhood,” Jordan says. “I loved going to church as a kid, I loved everything about it. Then you reach a point where you don’t feel this or that, but you know what, I’ve returned. Not that I go to church, but I’ve returned.”

He points to a quote he’s heard often through the years that sums up where he finds himself now.

“Religion is for people who are afraid of going to hell, spirituality is for people who’ve already been there.’ I’ve been round the block so many times, I’m dizzy. Today, I’m 66 years old and perfectly comfortable with who I am and what I am. And that’s a wonderful place to be.”

Jordan “may” get to perform songs from his album with some of his duet partners, depending on who joins him on stage for his just announced show “Leslie Jordan & Friends” at the historic Ryman auditorium on November 30th.  The show comes six months after he made his debut appearance on the Grand Ole Opry.

“I’m coming back. They’re giving me my own night at the Ryman. I’m asking, you know, maybe the Brothers Osborne, and a few other people to come sing. Who knows? Maybe even Dolly Parton.

Jordan, who made sure to wear one of those traditional outfits from days gone by when he appeared at the Opry in May, is having a new suit made for his show in November.

“I’m having a new outfit made. I’m not Porter Wagoner, I’m Portable Wagoner,” he says with a laugh. “I’ve got this outfit being made you’d not believe. It’s going to be blue and have all kinds of embroidered doves and clouds. It’s going to be a fun night.”

He has a lot on his calendar in the months ahead. Jordan who has a long list of acting credits to his name in TV, film, and theater, resumes shooting on the second season of his FOX-TV show “Call Me Kat” in October. And he’s still celebrating the success of his book out earlier this year called “How Y’all Doing?”

Tickets for his show at Nashville’s Ryman Auditorium go on sale October 1st.