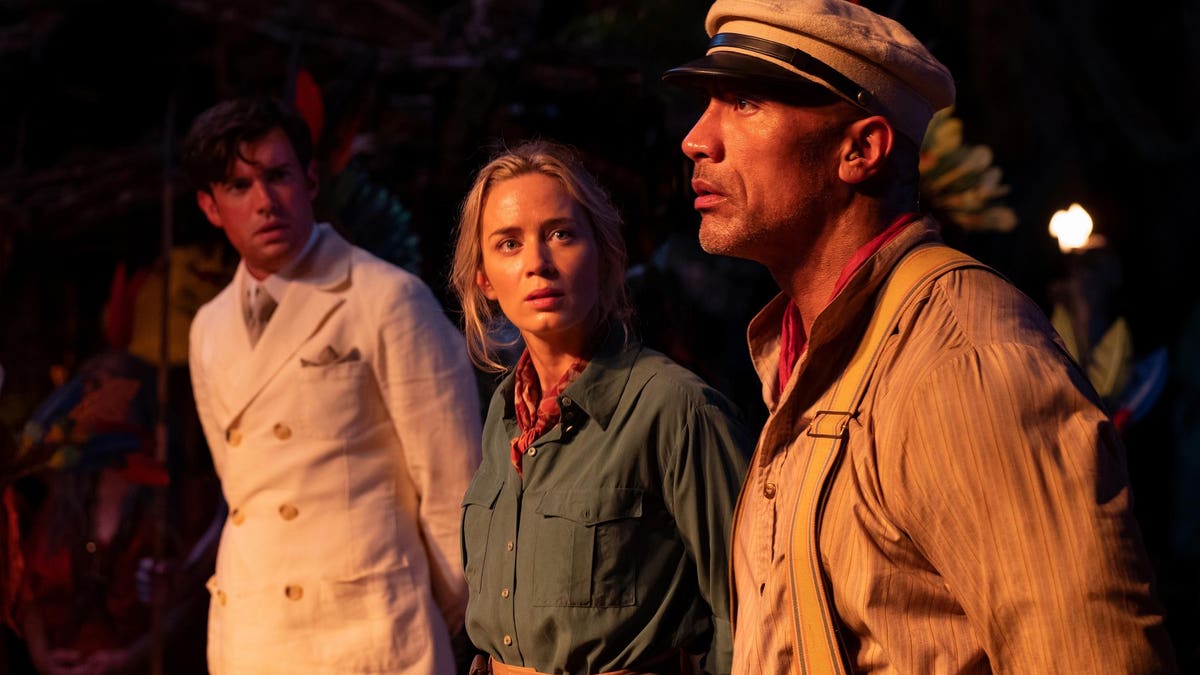 The timing of The Hollywood Reporter’s report on a Jungle Cruise sequel probably isn’t a coincidence. The film will debut on “$30 to own” electronic sell-through on all relevant VOD platforms (Google, Vudu, iTunes, YouTube, Amazon, etc.) starting tomorrow, after a month in global theatrical release and “$30 to lease” availability on Disney+ “Premier Access.” It also just topped $100 million at the domestic box office. We know the movie earned $30 million on “opening weekend” via the Disney+ option. We know that the Dwayne Johnson/Emily Blunt comic fantasy earned $187 million worldwide, which under normal circumstances would be pretty terrible for a $200 million would-be franchise starter, even one with decent reviews, solid buzz and strong post-debut legs. So, is Jungle Cruise successful enough to spawn a sequel, or is the announcement of a sequel intended to make you think it was a success?

If that sounds oddly paranoid, well, that’s part of the “new normal.” Disney announced (and eventually locked in) a sequel for Emma Stone’s Cruella right at the start of the film’s third weekend in theaters. Now that well-liked and buzzy 1970’s fashionista crime caper has thus far earned $225 million worldwide on a $100 million budget. That’s not a barn burner, but A) it may well have earned about that much in standard times, and B) it did earn *something* on Disney+ and via secondary VOD revenue windows. However, a film earning 2.25x your budget in theatrical during a pandemic is different than a film earning barely 1x your budget in theatrical during a pandemic. And it’s not like studios have never announced “may never happen” sequels before as a way of creating the illusion of success.

Paramount announced that Chris Hemsworth would return (as Kirk’s dead dad) in Star Trek 4 days before Star Trek Beyond opened to eventually poor ($338 million on a $180 million budget) theatrical business. Warner Bros. announced Gal Gadot and Patty Jenkins returning for a third Wonder Woman concurrently with the film’s opening weekend box office report. That made the film’s $16.7 million domestic debut (better than hoped during bleak Covid times) and HBO Max premiere seem like a success. After all, if WB was happy enough to green light a sequel, it was surely a huge win? Unless, of course, Wonder Woman was almost always going to get a threequel, since if it didn’t, it would be proof that WB kneecapped one of its biggest franchises (which would have surely earned $650-$850 million global in standard times) as a sacrificial lamb for HBO Max.

I’m inclined to think the theme park ride adaptation would have been a big deal hit had it opened under conventional circumstances. With the legs seen since the scary 55% second-weekend drop, I might argue that the Jaume Collet-Serra-directed film would have earned theatrical grosses closer to Pirates of the Caribbean ($654 million in 2003 on a $140 million budget) than National Treasure ($347 million in 2004 on a $100 million budget). Still, its $35 million debut weekend was in line with Central Intelligence, Jumanji: Welcome to the Jungle and Rampage. There was no guarantee it otherwise would have opened closer to San Andreas, Jumanji: The Next Level and Hobbs & Shaw ($55-$59 million). Did the Disney+ revenue justify, in terms of actual money and post-debut legs, the notion that a theatrically exclusive sequel might gross as well as Jungle Cruise optimistically would have in non-Covid times?

We may never know the answer to that. However, green lighting a Jungle Cruise sequel accomplishes two things. Well, three if you argue that Disney is taking a leap of faith alongside valuable talent, but I digress. First, it creates the notion that a big movie opening via a hybrid release model can earn enough cash in one revenue window or another to justify a sequel. I wouldn’t be shocked to see a sequel to the Mortal Kombat reboot. The $55 million R-rated flick was quite popular on HBO Max (by HBO Max standards, with 5.5 million households in the first 17 days). Getting a sequel would be a “proof of concept” for one of the few 2021 WB releases that otherwise might have been theatrically successful. Second, it means that Jungle Cruise becomes Disney’s first new (non-MCU/non-Lucasfilm) cinematic franchise since National Treasure in 2004.

Say what you will about Bob Iger’s towering reign as CEO, but his legacy is one of acquisition (Pixar, Lucasfilm, Marvel and Fox) and live-action flicks from Disney animated classics. They’ve spent the last 15 years chasing Pirates of the Caribbean. Ironically, they started to take over Hollywood once they let Marvel handle those demographics and focused on copying the success of Alice in Wonderland. It’s a big deal that Jungle Cruise is now officially Disney’s first new live-action theatrical franchise in 17 years, with their 20th Century Studios pick-up Free Guy ($184 million-and-counting on a $115 million budget) likely to follow. Even if it’s a bluff and we either don’t get a Jungle Cruise sequel or Jungle Cruise Into Darkness bombs theatrically, the sequel announcement buys Disney at least the perception of success. Or, Occam’s Razor, maybe Jungle Cruise earned Black Widow money on Disney+.