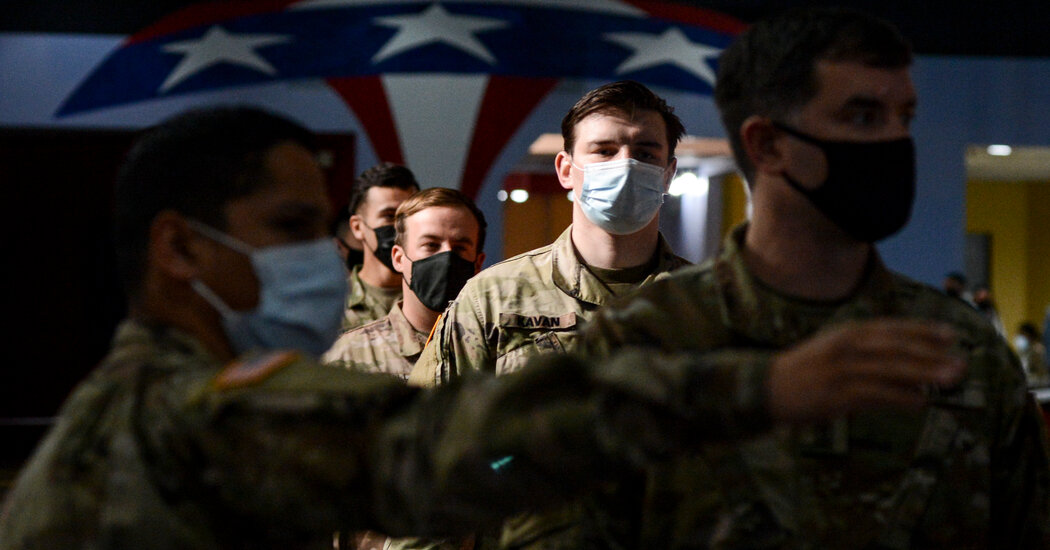 A federal judge granted a preliminary injunction on Monday blocking the Department of Defense from taking “any adverse action” against 35 Navy sailors who have refused to get vaccinated against the coronavirus, arguing that it violated their religious freedoms.

The service members — including Navy SEALs and members of the Naval Special Warfare Command — had filed suit against the Biden administration arguing that their “sincerely held religious beliefs forbid each of them from receiving the Covid-19 vaccine for a variety of reasons based upon their Christian faith.” The Pentagon had mandated that all active-duty troops receive the vaccine.

The judge, Reed O’Connor of the Northern District of Texas, effectively blocked the department from punishing those troops.

“Our nation asks the men and women in our military to serve, suffer, and sacrifice. But we do not ask them to lay aside their citizenry and give up the very rights they have sworn to protect,” Judge O’Connor wrote in his 26-page order. He added: “The Covid-19 pandemic provides the government no license to abrogate those freedoms. There is no Covid-19 exception to the First Amendment. There is no military exclusion from our Constitution.”

The group represents a small fraction of active-duty troops from the United States, and as of mid-December, most active-duty soldiers and members of the Navy had received at least one dose of the vaccine. Thousands have requested religious exemptions, and none have been granted so far, officials said in December.

The decision follows another injunction by a judge in November against President Biden’s national vaccine mandate for health care workers.

Judge O’Connor, who was appointed by President George W. Bush, has reliably tossed several Democratic policies that have been challenged on the federal bench. In response to the injunction on Monday, Senator Ted Cruz, Republican of Texas, wrote on Twitter, “This is a major win!”

A spokesperson for the Pentagon could not immediately be reached for comment. But on Monday evening, John Kirby, a Pentagon spokesman, said that defense officials were reviewing the injunction, according to The Washington Post.