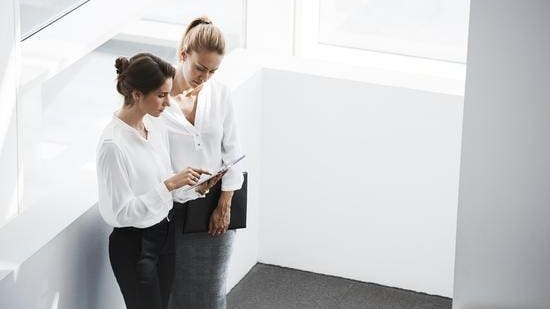 Catherine Wood (Trades, Portfolio), the founder, chief investment officer and CEO of ARK Investment Management, has made a name for herself through investing in “disruptive innovation” stocks. Implementing an iterative process that combines top-down and bottom-up research, her New York-based firm seeks to invest in companies that may benefit from cross-sector innovations like artificial intelligence, robotics, energy storage, DNA sequencing and blockchain technology.

Comparatively, Causeway Capital’s Sarah Ketterer (Trades, Portfolio) seeks to achieve superior risk-adjusted returns by investing in mispriced equities in both developed and emerging markets. The guru’s Los Angeles-based firm, which she founded with Harry Hartford in 2001, looks for potential opportunities among mid- and large-cap companies using quantitative and value-oriented methods. Each stock also receives a risk score based on the amount of volatility it adds to the portfolio. The investment team then enters positions in the stocks with the highest expected risk-adjusted returns that also have a lower price-earnings ratio and higher dividend yield than the market.

While the two gurus take different approaches to stock picking, they still have several holdings in common.

Ketterer reduced her stake in Taiwan Semiconductor Manufacturing (TSM, Financial) by 3.93% to 4.12 million shares during the quarter, while Wood left her position unchanged at 10 shares. They have a combined equity portfolio weight of 10.35% in the stock.

The Taiwanese company, which manufactures semiconductor chips, has a $742.98 billion market cap; its shares were trading around $142.17 on Thursday with a price-earnings ratio of 32.59, a price-book ratio of 8.92 and a price-sales ratio of 12.28.

Taiwan Semiconductor’s financial strength was rated 7 out of 10 by GuruFocus. Although the company has issued approximately 424.2 billion New Taiwan dollars ($15.4 billion) in new long-term debt over the past three years, it is manageable due to a comfortable level of interest coverage. The robust Altman Z-Score of 10.3 indicates the company is in good standing even though assets are building up at a faster rate than revenue is growing. The return on invested capital also eclipses the weighted average cost of capital, suggesting good value creation is occurring as the company grows.

The company’s profitability scored a 9 out of 10 rating, driven by an expanding operating margin as well as strong returns on equity, asset and capital that top a majority of competitors. It also has a moderate Piotroski F-Score of 5 out of 9, meaning conditions are typical for a stable company. Taiwan Semiconductor’s consistent revenue and earnings growth contributed to a predictability rank of 3.5 out of five stars. According to GuruFocus, companies with this rank return an average of 9.3% annually over a 10-year period.

GuruFocus says Ketterer has gained an estimated 185.38% on her long-held investment and Wood has seen a return of around 43.53% on her holding since the first quarter of 2018.

Ketterer entered a 1 million-share stake in General Electric (GE, Financial) during the quarter, while Wood boosted her holding by 22.54% to 55,649 shares. The combined equity portfolio weight is 2.33%.

The industrial conglomerate headquartered in Boston, which recently announced it will be splitting into three separate companies, has a market cap of $113.17 billion; its shares were trading around $103.06 on Thursday with a price-earnings ratio without non-recurring items of 47.76, a price-book ratio of 3.03 and a price-sales ratio of 1.44.

According to the GF Value Line, the stock is significantly overvalued currently.

GuruFocus rated General Electric’s financial strength 3 out of 10 on the back of low debt-related ratios and an Altman Z-Score of 1.44 that warns it could be at risk of going bankrupt. The ROIC is also being overshadowed by the WACC, meaning the company is struggling to create value.

The company’s profitability scored a 5 out of 10 rating as its margins and returns are underperforming a majority of industry peers. GE is supported, though, by a moderate Piotroski F-Score of 4. As a result of revenue per share declining in recent years, however, the one-star predictability rank is on watch. GuruFocus says companies with this rank return an average of 1.1% annually.

GuruFocus data shows Ketterer has lost an estimated 8.04% on her investment so far, while Wood has generated a 3.23% return.

Having recently changed its name from Facebook, the Menlo Park, California-based social media company has a $921.65 billion market cap; its shares were trading around $331.32 on Thursday with a price-earnings ratio of 23.64, a price-book ratio of 6.94 and a price-sales ratio of 8.48.

Based on the GF Value Line, the stock appears to be modestly undervalued currently.

Meta Platforms’ financial strength was rated 7 out of 10 by GuruFocus, driven by a comfortable level of interest coverage and a robust Altman Z-Score of 18.01. The ROIC also exceeds the WACC, suggesting the company is creating value as it grows.

The company’s profitability fared even better with a 9 out of 10 rating. Despite recording a decline in its operating margin, Meta is supported by strong returns that top a majority of competitors as well as a moderate Piotroski F-Score of 6. Steady earnings and revenue growth contributed to a five-star predictability rank. GuruFocus data shows companies with this rank return, on average, 12.1% annually.

While Wood reduced her stake in JD.com (USB) by 61.76% during the third quarter to 2.4 million shares, Ketterer curbed her position by 33.71% to 1.03 million shares. Together, the gurus have a combined equity portfolio weight of 2.09%.

GuruFocus rated JD.com’s financial strength 7 out of 10 on the back of adequate interest coverage and a high Altman Z-Score of 4.21. The WACC, however, supasses the ROIC, suggesting issues with creating value.

The company’s profitability did not fare as well, scoring a 4 out of 10 rating. Even though returns top over half of its industry peers, the operating margin is underperforming versus other companies. JD.com also has a moderate Piotroski F-Score of 6, meanings business conditions are stable.

According to GuruFocus, Wood has lost an estimated 16.90% on her investment. Ketterer has gained approximately 77.23% since the third quarter of 2019.

The media and entertainment giant, which is headquartered in Burbank, California, has a $284.59 billion market cap; its shares were trading around $156.57 on Thursdaywith a price-earnings ratio of 143.64, a price-book ratio of 3.22 and a price-sales ratio of 4.24.

According to the GF Value Line, the stock is modestly overvalued currently.

Disney’s financial strength was rated 4 out of 10 by GuruFocus. As a result of issuing approximately $11.2 billion in new long-term debt over the past three years, the company has poor interest coverage. The Altman Z-Score of 2.25 also indicates the company is under some pressure. It is also struggling to create value since the ROIC has fallen below the WACC.

The company’s profitability scored a 7 out of 10 rating. Although margins are declining and returns underperform over half of its competitors, Disney has a moderate Piotroski F-Score of 6. Despite recording losses in operating income and declines in revenue per share, it also has a one-star predictability rank.

Ketterer has gained an estimated 36.77% on the investment since the first quarter of 2020 based on GuruFocus data, while Wood has lost 12.5% since the second quarter of 2021.

Other common holdings and portfolio composition

Wood’s $41.63 billion equity portfolio, which is composed of 298 stocks, is largely invested in the health care and technology sectors.

Ketterer’s $4.44 billion equity portfolio, which is composed of 81 stocks, is heavily invested in the technology, industrials and consumer cyclical sectors.