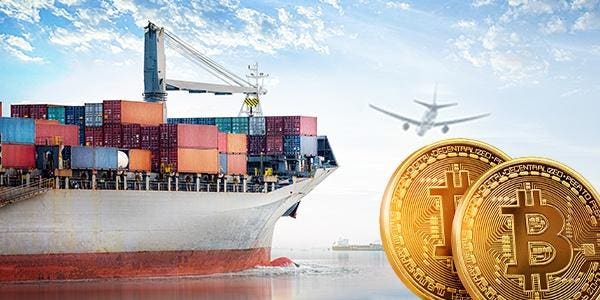 I hope everyone reading this had a wonderful Thanksgiving full of family, love and laughter. Even if that wasn’t your experience, there’s still much to be grateful for. Below are three charts for which I happen to be most thankful right now.

1. Americans Appear To Be Flying Again.

The U.S. hit a new pandemic high recently in terms of commercial air traffic. More than 2.45 million people boarded passenger jets on Sunday, November 28, according to Transportation Security Administration (TSA) data. That’s the highest amount since February 2020 and off about 15% from the same travel day in 2019.

Anticipating strong holiday-related travel, U.S. carriers have been scrambling to staff up, offering premium pay and hefty signing bonuses to attract new talent. International travel from Europe has also been encouraging, despite the emergence of a new coronavirus variant.

Speaking to Barron’s, Cowen airlines analyst Helane Becker said she believes “summer 2022 will see a strong return on international travel, likely back to at least 2019 levels.” This forecast squares with that of Airlines for America (A4A), which expects U.S. airline revenues to return to pre-pandemic levels in the second half of next year.

By now, everyone is aware of the shipping bottlenecks that have snarled the global supply chain. This has been a huge logistical headache for container shipping companies, but if I were them, I wouldn’t be complaining too much.

The reason I say that is because the global container shipping industry recorded a record net income of $48.1 billion in the third quarter of this year, according to a new report by Blue Alpha Capital’s John McCown. That represents the fourth straight quarter of record profits due to higher shipping rates.

Even more striking is that the $48.1 billion in profits were “almost 50% higher than total FANG profits,” says McCown, referring collectively to tech giants Facebook, Amazon, Netflix and Google. “Compared to earnings behemoths Apple and Microsoft combined, container shipping industry profits were still almost 15% higher with a profit margin that was almost 30% higher” during the third quarter.

That said, perhaps someone should make a cute FANG-like acronym for publicly traded shipping companies. I propose MECH, for Maersk, Evergreen Marine, COSCO and Hapag-Lloyd.

3. Bitcoin Consolidates But Is Still Flashing A Bullish Signal.

My third and final chart has to do with Bitcoin. The price of the world’s most popular cryptocurrency pulled back last week, touching $55,460 on Tuesday, its lowest level in over a month, on fears that interest rates may be hiked sooner and faster than expected. It fell even further on Sunday, November 28, to $53,482, before rebounding to its support level of $57,000.

Despite the pullback, one analyst points out that Bitcoin is still trading in a bullish channel. According to CoinDesk’s Omkar Godbole, the crypto’s outlook “remains constructive despite the recent pulldown,” hitting higher highs and lower lows since July.

Institutions and Bitcoin whales have largely been responsible for driving the recent price surge, and though activity has slowed somewhat, the pause appears only to be temporary.

For one, Citigroup is reportedly seeking to hire 100 people to bolster its digital assets business for institutional investors. And according to CoinTelegraph, the Commonwealth Bank of Australia (CommBank) will become the first of the “big four” Australian banks to offer crypto services. The decision comes after its CEO, Matt Comyn, determined that missing opportunities in cryptos posed a greater risk than participating in them.

Disclosure: All opinions expressed and data provided are subject to change without notice. Some of these opinions may not be appropriate to every investor. By clicking the link(s) above, you will be directed to a third-party website(s). U.S. Global Investors does not endorse all information supplied by this/these website(s) and is not responsible for its/their content.

Holdings may change daily. Holdings are reported as of the most recent quarter-end. The following securities mentioned in the article were held by one or more accounts managed by U.S. Global Investors as of (09/30/2021): Amazon.com Inc., Apple Inc., AP Moller-Maersk A/S, COSCO SHIPPING Holdings Co. Ltd.