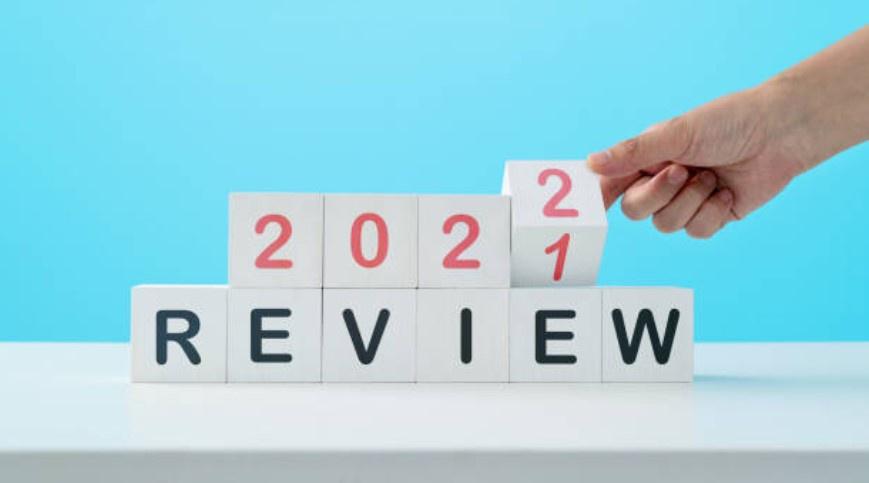 In reflecting on my 2021 retail musings, I discovered full two-thirds of the nearly three-dozen articles touched on five main topics – Sustainability and Conscious Consumerism, Big Box Specialty Stores, Big Discounters’ Dominance, Direct-to-Consumer Brands (DTC), and Mall Fall and Overhaul. A brief recap may provide a guide for what will be on our radar in 2022.

It is undeniable that the stigma once associated with buying secondhand has more than evaporated, it is becoming a net positive, driven by millennials and Gen Z consumers. Even the much-discussed supply chain woes played to the reseller’s advantage this past year with its inherent “closed loop” sourcing.

In October I suggested that companies like Poshmark and ThredUp were going to reap big holiday benefits. I noted that GlobalData predicts that retail resale would grow eleven-times faster than the broader fashion retail sector through 2025, to an estimated value of $77 billion. It is expected to eclipse fast fashion by 2028.

Etsy has been on a tear, selling five-figure vintage Rolexes, and pushing gross sales up 40% for the first nine months of the year. They also raised eyebrows by making a $1.6 billion all-cash purchase of British thrifter and Gen Z cult fav Depop, showing their confidence in the growing resale sector, and that of social selling.

Consumers of every demographic have come to expect businesses and brands to operate based on the mantra of people, planet and profits. My August article covering Allbirds announced public filing, was heralded as the first “Sustainable Public Equity Offering” (SPO) in history, recognizing the brands sustainable footprint. What justified the distinction was the offering being assessed by an independent third party, evaluating its commitment to environmental, social, and governmental (ESG) criteria.

Prescription 2022 and Beyond – consumers of every demographic will align themselves with brands and retailers who demonstrate values similar to theirs.

Most of the major big boxes made major omnichannel investments ahead of the pandemic. As a result they were in a strong position to adjust on the fly, throughout 2021. Home improvement continued the momentum that began in early 2020. For nine of the twelve months beginning in March 2021, foot traffic in the home improvement segment had increased over the already strong 2020 numbers, according to Placer.ai.

In May I wrote about Lowes’s placing design top of mind, to differentiate itself from Home Depot . It featured “Lowe’s House of Creators”, and style icon Iris Apfel. And, in August I shared a report from Morning Consult on how Home Depot, Lowe’s and Ace Hardware are among the 20 most trusted brands.

Early in the year, I shined a light on Dick’s which continued to put up big sales numbers and strong comps. While many specialty retailers were downsizing, Dick’s was adding locations with their experiential “Dick’s House of Sports,” and their newly launched “Public Lands” concept which opened a second location in December. A recent Fast Company article about Public Lands notes it is “aimed at a new demographic of urban professionals who are increasingly invested in supporting retailers that reflect their values while fostering a community around America’s 640 million acres of parks, forests, and wildlife refuges.”

Best Buy and Bed Bath & Beyond continued to make news. Best Buy was expanding its instore pickup capacity by condensing its retail footprint. And Bed, Bath continued its stunning brand makeover by remodeling stores, with its bevy of private brand offerings beginning to earn their keep. It’s been reported that three of its owned brands are demonstrating 20% sales penetration for fiscal year 2021 and more than 25% sales penetration in its remodeled stores. And while the turnaround is still “a work in progress” the customer experience is lightyears beyond its pre-Mark Tritton days.

Prescription 2022 and Beyond – This category must continue to evolve to remain relevant as internet sales climb past 20% on their way to 30%. Expect the most progressive of these to add consumer services to their mix which strengthens margins and adds stickiness.

Target , Costco, and Walmart continued to do what they do best, that being taking share from the department stores and redundant specialty fashion brands. The combination of early investments in omnichannel, along with their “essential retailer” status in 2020 helped them thrive through 2021. In the contactless fulfillment race, these retailers all became champions of all things BO. BOPIS (buy online, pick up instore) and BOPAC (buy online, pick up at curb) have all grown exponentially as consumers flexed their “unified commerce” muscles in 2021.

While dealing with supply chain challenges brought on by the Covid-19 hangover that yielded shortages in truckers, ships, shipping containers, dock workers, and laborers, these leaders got creative. They bet heavily on continuing strong customer demand with early, strong pre-holiday ordering. Target’s inventory levels in Q3 were up 17.6% over the same period in 2020. And besides anticipating the supply chain issues, Target, Walmart and Costco began chartering their own container ships to expedite the transoceanic trip, before joining the long west coast container ship queues in autumn.

In November I noted that Target third-quarter earnings beat expectations, with comparable store sales up 12.7% on top of 20.7% growth in 2020 and double-digit increases in store traffic. And like the other discounters that were holding the line on inflation, they were feeling a margin pinch.

The direct-to-consumer (DTC) story consumed much ink in 2021, and for two distinct reasons. For the mature brands like Nike, it related to their efforts to control their brand and distribution points. A March article noted Nike exiting six more retailers including DSW, Urban Outfitters and Macy’s . This followed an August 2020 decision to close accounts with nine other retail outlets including Zappos, Dillard’s , and Belk. To quote Doug Stephens “Bad retailers will never run out of customers, but they will run out of brands.”

Nike knows better than most brands (outside of Apple ) that managing their brand at every customer touchpoint is fundamental to maintaining high brand value. Even though many of those retailers had contributed to their early success, they had become the speedway to product commoditization. Nike continued to retake control of its brand and message by launching new, fourth store format Nike Unite, along with Nike House of Innovation, Nike Rise, and Nike Live.

The other side of the direct-to-consumer story is about the maturation and monetization of an endless stream of digital native brands, many which were gaining traction in 2021. Some of these DTC’s were taking steps toward selling offline and raising cash, either through acquisition or initial public offering. In fact, Retail Dive had tracked 17 major IPO’s or other public filings through October.

I shared thoughts on some of the more newsworthy players, including Allbirds, Chewy, Honest Co., Peloton, and yes, Warby Parker. “Becoming the Warby Parker of (fill in the blank)” became one of the more oft-used phrases of the year, given Warby’s posterchild status as a digital native, turned omnichannel success.

Prescription 2022 and Beyond – Niche retail will continue to dominate the news as investments in products and branded concepts built around tribes proliferate.

For the past two decades I have been writing about the inevitable evolution of our malls into new “hybrid community forms.” In May 1999 I was interviewed by Metropolis Magazine, for an article entitled “The Mall Doctor.” I, along with architect Jon Jerde, commented that the future of many of our mall environments would likely be repurposing into “living-working-buying environments.” Jon referred to them as “gigantic placeholders awaiting their real life.”

As the beat (down) goes on, stories about this year’s mall drubbings were numerous. My April article entitled “Mall Footfall’s Back, But in The ‘New Retail’ Centers Evolve or Devolve” acknowledged that despite some upticks in mall traffic, the deep seeded issues remain. The industry experienced a toxic combination of 1) high concentration of bankrupt anchors and specialty tenants, 2) declining building permitting activity, 3) declining foot traffic, and 4) a high degree of leveraging. A recent Bloomberg article suggests that distressed commercial property sales are likely to flow into the marketplace reaching upward of $321 billion by 2025.

But it is not all sad news. Despite the epic purging of redundant, retailers over the last several years, that tide is changing. According to Coresight Research, for the first time in five years, store openings may top announced store closings. As of December 16, Coresight counted 5,083 openings, and 5,079 closures in 2021 — the fewest in five years. Unfortunately for most of the retailers adding doors such as Dollar General , Dollar Tree, Five Below , Tractor Supply and Burlington, they are not in malls.

For the best, A and B+ class mall owners, Simon Property Group , Macerich , and Brookfield Properties, whose real estate encompasses about a third of the active malls today, they may be the beneficiaries of a growing number of niche specialty stores. At the same time even the best malls must undergo extensive and expensive reimagining to balance out their tenant mix, away from pure retail and toward a new mixed-use formula.

Retailers will need to be push out of their comfort zones, as stores must continue to transition from transactional to experiential. Customers do not think of channels, they think about brands. And as media has effectively morphed into becoming retail, retailers and brands must make their stores behave more like media channels.

Prescription 2022 and Beyond – One year ago I authored “Grand Mall Overhaul” which listed the top ten considerations for reimagining today’s malls for tomorrow’s needs. It still applies. Happy Retailing 2022 all!