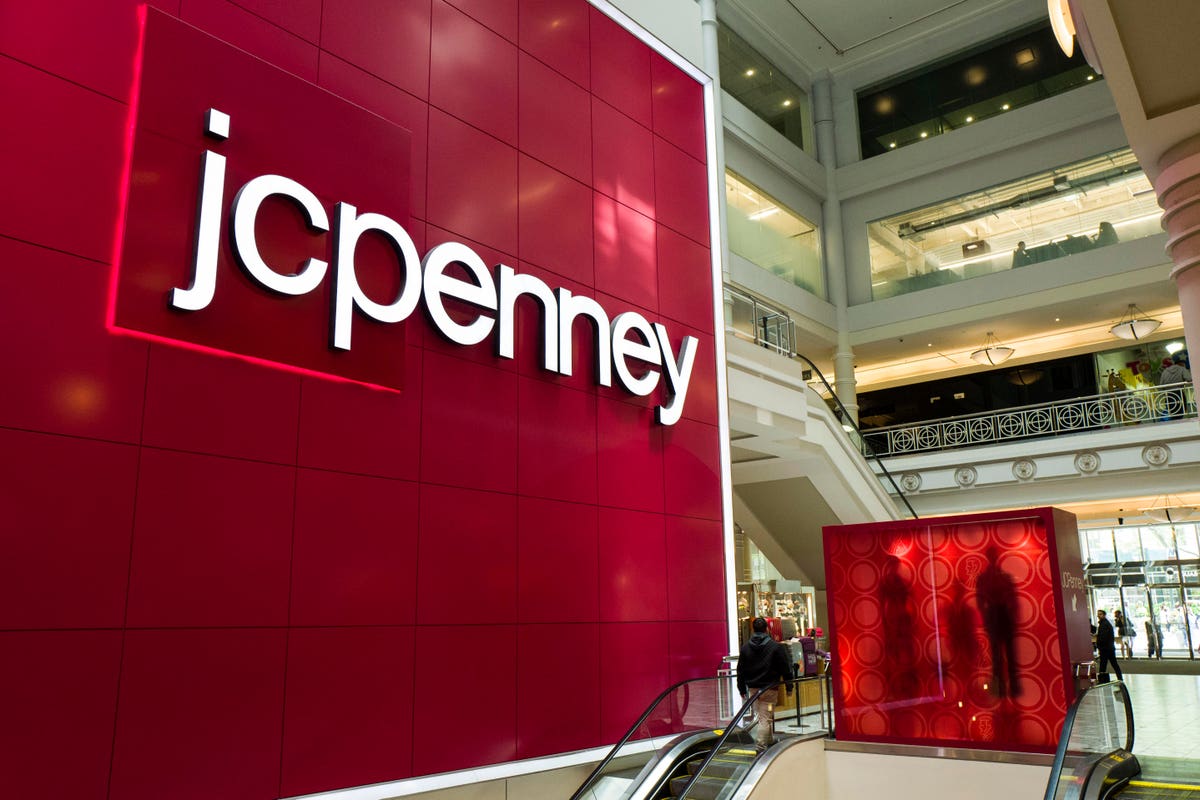 Predicting the future in the dynamic world of retail—particularly in the throes of a lingering pandemic—may be a fool’s errand. Nevertheless, I am at it again, having also just taken stock of how I did with my list of Retail Predictions from 2021.

So here, in no particular order, are my prognostications for this year.

1.   The Stores Strike Back Again. Again. Three year ago I wrote a Forbes piece not only pushing back against the non-sensical “retail apocalypse” narrative, but calling attention to the success that legacy retailers were having by investing in their brick-and-mortar locations to embrace the blur that is modern shopping today. As it turns out, despite the acceleration of e-commerce driven by the Covid-19 crisis, physical retail is still not dead. In fact, if anything, many retailers not only needed their stores to fulfill the spike in online orders, but a new and elevated appreciation for the diverse, hybrid roles of stores (as brand marketing, product showrooms, service centers and more) is emerging. Aggressive store opening plans on the part of established retailers and digital natives alike reinforces this idea. Expect to hear more statements about the “halo effect” of brick-and-mortar and “rent is the new CAC” this year.

2.   Moderate Department Stores Will Experience a Dead Cat Bounce. With traffic returning to malls last year—and several of the major department stores experiencing dramatic year-over-year sales increases and a return to profitability, stories abounded about the resurrection of the sector. Don’t believe them. Moderate department stores have been hemorrhaging market share for a very long time and there is precisely nothing of any consequence that will meaningfully change their long-term prospects. By the end of the year it will be clear that watching the last twenty years happen to you, while pursuing a strategy of being a slightly better version of mediocre doesn’t work.

3.   JC Penney takes over the mantle as the world’s slowest liquidation sale. When I departed the ranks of Sears’ leadership in 2003 it was clear to me that nothing was going to save the storied retailer. A decade later, I started referring to the company as “the world’s slowest liquidation sale” as it engaged in round after round of store closings, asset sales, and strategy reboots in a desperate attempt to delay the inevitable. Now, with only a handful of stores left, Sears is, for all intents and purposes, dead and buried. So it’s time to get real about its former direct competitor, JC Penney. Like Sears, Penney’s became trapped in the boring middle, trying to sell a little bit of everything to everybody, with an increasingly less relevant offering and an untenable competitive positioning. Like Sears, Penney’s has been trying to store close and cost cut its way to prosperity, while making incremental changes that have failed to make a difference. While their acquisition by Brookfield and Simon has bought them some time, there is not enough time nor money to make the radical changes they need to make.

4.   The “profitless prosperity” of disruptor brands comes under increasing scrutiny. If we were to listen to “DTC Twitter” the entire world of retail is going to be upended by digitally-native brands. But facts are stubborn things. The overwhelming majority of these disruptor brands are tiny and will remain so. The few that are generating substantial revenues are typically struggling to demonstrate a path to profitability. Work by Dan McCarthy and others is starting to illuminate the differences among those with solid prospects for becoming enduring brands and those that are, shall we say, “challenged.” With more high profile brands entering the public markets (think Warby Parker, Rent the Runway, and Allbirds), along with the growing history of those that have been public for more than a handful of quarters (Stitch Fix, Peloton, Chewy et al), the harsh realities are becoming more clear. With the rising cost of digital acquisition and activation, the marginal economics of growth will get a lot more attention. While it will become clear that several of these brands are, in fact, for real, it will also become apparent that Casper was the canary in the coal mine for others.

5.   Understanding “Buying” Vs. “Shopping” Becomes More Important. The main reason I have been confident in pushing back against the “software eats retail” narrative is because there is a big difference between “buying” (customer journeys that are motivated by completing a comparatively straightforward, unemotional task) and “shopping” (those that are more experiential, complex or fill an emotional need or want). E-commerce (along with certain big box “essential” retailers) dominate “buying” journeys. And while digital touch-points increasingly enable “shopping” purchase occasions, physical stores remain vitally important. A central reason for the collapse of the unremarkable middle is the failure to respond to this growing bifurcation of customer behavior. As just one quick example, if you haven’t staked out a relevant position on the shopping side, closing stores will only make you less convenient to consumers who will shop in a physical store, but have many satisfying choices that are closer to them (think Macy’s vs. Kohl’s, Target, and the entire off-price sector). More struggling retailers need to follow the advice of noted retail strategist Yogi Berra: “when you get to the fork in the road, take it.”

6.   Amazon Double Clicks on Its Physical Dreams. I got a lot of push back in 2018 when I said that Amazon would likely go deeper into brick-and-mortar retail. But my conviction was largely rooted in their success in “buying” and negligible market share in “shopping.” I firmly believed that a greater physical presence was key to unlocking spending in areas where they don’t get their fair share (grocery and fashion apparel just to name two). With expanded testing of their 4-star, AmazonGo and various pick-up/returns locations—and their soon to open (and somewhat oxymoronically named) “Amazon Style” format—they now have a lot of irons in the test and learn fire. But 2022 will be mostly about what they choose to do next with Amazon Fresh .

7.   The “Great Reconfiguration” Gains Momentum. For better or worse, the pandemic begat “the great acceleration,” “the great resignation” and “the great rewiring”—all valuable ideas that are long on “the what” and the “so what,” but not so much on the “now what.” Prior to the pandemic, it was clear that many retailers needed to transform. But many pursued the faster horse strategy rather than taking a blank sheet approach that recognized that retail was becoming increasingly hybrid. As we have moved from a world of relative scarcity to one of abundant supply, access and information, historical assets are often becoming useless anchors. As consumers can unbundle their choices and shop from wherever they happen to be with a smart device, historical notions of channels and formats are giving way to a realization that brands are platforms. Indeed, some remarkable retailers are starting to create new ways to go to market, employing wholly reimagined physical spaces and hybrid supply chains, and remixing their offering to get closer and become more relevant to customers. More and more, it will become clear that many brands won’t win in the future by merely optimizing what they have. Instead they must blow up much of what brought them past success and radically reconfigure their operating model.

8.   Metaverse, Schmetaverse. Do you understand the Metaverse or Web 3.0? Yeah, neither do I. Will Second Life get a second life? Who knows? Will the brand of VR headset we wear some day determine our attractiveness to a potential mate? We shall see. As a fan of ABT (A—Always. B—Be. T—Testing), I absolutely believe brands should be seeking to understand the potential of the Metaverse and standing up experiments. Will any retailer generate meaningful value this year from those offerings? I doubt it.

9.    Hyperbole remains the greatest thing ever! I’m sure you already know that I am writing this on a computer that I 3-D printed while wearing Google glasses that I bought using crypto currency during a livestream. Enough said.

10. Convenience Wars Jump the Shark. As Seth Godin reminds us, “the problem with a race to the bottom is you might win. Or worse, finish second.” The ever escalating battle for convenient delivery is hardly new, but the pandemic pushed consumer interest to new levels. And as Amazon put in place the local market infra-structure to offer same day or next day home delivery for a huge variety of products in a substantial number of major markets, the competition has either been left scrambling or been forced to default to less than optimal (or decidedly uneconomic) tactics like using their stores as DTC warehouses for third party delivery services. On top of that, venture money is now pouring into ultra-fast delivery services whose core competency may turn out to be an ability to incinerate cash. Something has to give.

Unfortunately the persistence and unpredictability of the Omicron variant makes me a bit nervous about the accuracy and timing of some of these predictions. But a few things seem clear. Struggling retailers have to change far more profoundly and much more quickly than they think. And to paraphrase Carlos Castaneda, the problem is they think they have time.