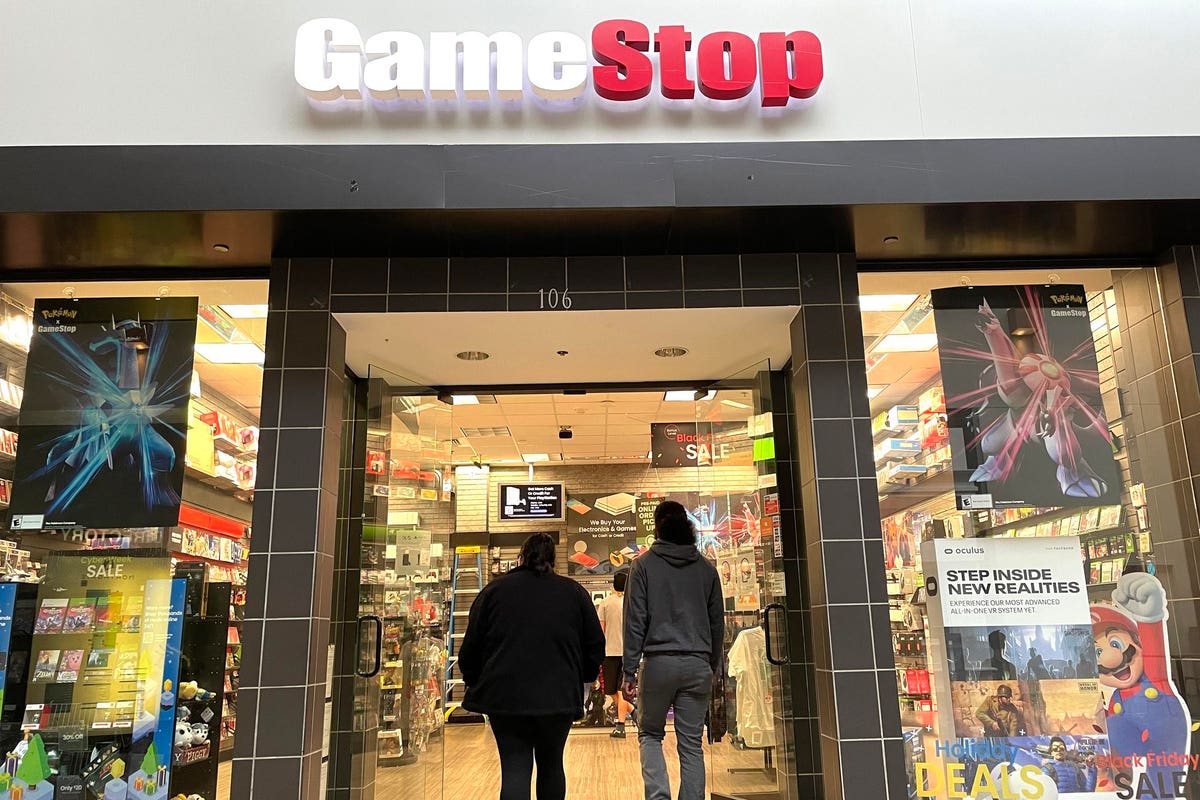 GameStop CEO Matt Furlong gave investors a brief peak at the company’s turnaround game plan today, but the few details he disclosed during the third quarter earnings call won’t satisfy those who are still hungry to learn exactly how the retailer known for its physical stores plans to reinvent itself for an increasingly digital future.

In all of the earnings calls since activist investor Ryan Cohen took control of the company, and brought in a team of new executives with e-commerce experience, GameStop has kept its earnings conference calls short, has not taken questions from analysts, and has not issued guidance.

Now, with Wall Street analysts and even some of the meme stock retail traders who are fiercely bullish on GameStop asking “what’s the plan” Furlong tossed out some tantalizing tidbits, along with announcing the earnings news.

Those tidbits appeared to slow down the slide in GameStop’s stock price that started as soon as the company reported a wider-than-expected loss after the market closed. The stock, which closed Wednesday at $173.65, was down just 3.6% in after-hours trading as of 6:45 p.m., but had been selling off faster before Furlong started speaking.

GameStop, Furlong said, is exploring emerging opportunities in blockchain, NFTs and web 3.0 gaming – three categories sure to excite those betting on Cohen, the youthful founder of Chewy, to lead GameStop into a brave new future.

GameStop reported a big miss on earnings in the third quarter, but easily beat expectations for net sales. It had a loss of $1.39 a share, more than twice what analysts had predicted, and net sales of $1.297 billion. Analysts polled by FactSet had expected a loss of 52 cents a share on revenue of $1.19 billion.

Furlong attributed the sales growth to expanded merchandise offerings in consumer electronics, PC gaming, and other categories, as well as new and expanded brand partnerships with companies like Samsung, LG, Visio, and Logitech.

GameStop also changed the assortment mix in its stores, expanding PC gaming merchandise in approximatly 60% of its stores.

GameStop is investing heavily in tech, and tech hires, as part of its turnaround strategy. GameStop recently added an office in Seattle, and has identified an office location in Boston, with an eye to attracting tech talent. In 2021, Furlong said, the company made more than 200 senior hires from top technology companies.

The company has also opened a customer care center in south Florida, and plans to hire up to 500 associates there.

A year ago, GameStop’s stock closed at $17. 21. Today it closed at $173.65, and over the past 12 months it has surged as high as $483. The explosion in market cap gave the company a way to reduce its debt and has put it in a better position to invest in its future.

Furlong emphasized in his closing remarks that the new team in place at GameStop is convinced that revenue growth is the most important metric at the moment by which to judge the company.

In that way – by saying don’t worry about our losses just now, look at our growth – GameStop sounds more like a startup than a company that went public two decades ago. But even startups, when they go public, have to be able to show they have a clear path to profitability.

GameStop still wants to let its numbers do more talking than its executives. Today Matt Furlong’s conference call lasted just under eight minutes. But hey, that’s more than 20% growth over the previous call, which lasted just six and a half minutes.