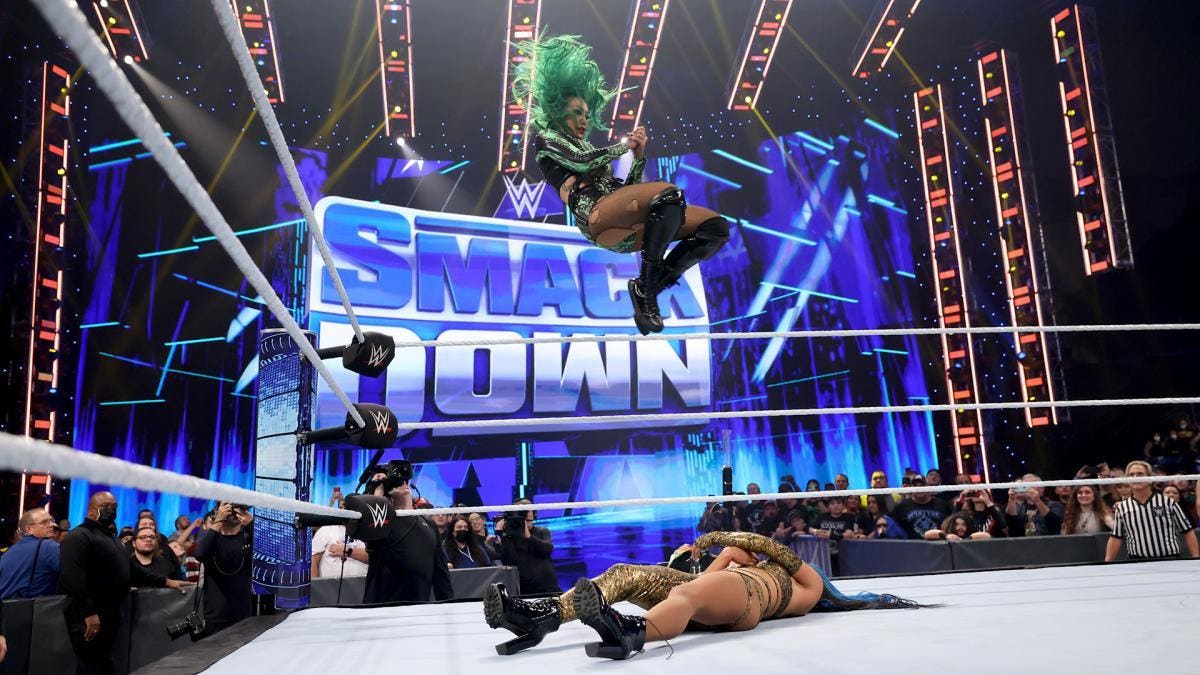 WWE and AEW saw big increases for SmackDown on FS1 and Rampage, respectively.

SmackDown was preempted to FS1 due to the World Series, which set the stage for a much closer Friday Night War with SmackDown airing on a much smaller network. The preemption also gave way to yet another counterprogramming effort by WWE as FS1 aired a replay of SmackDown to go head-to-head with Rampage.

SmackDown was without top stars Roman Reigns and Brock Lesnar, and little was advertised in advance. Rampage featured the continuation of the AEW World Title Eliminator with a very good match between Bryan Danielson and Eddie Kingston. Rampage’s main event pitted Abadon against AEW women’s world champion Britt Baker in a Trick or Treat No Disqualification Match.

Last time WWE countered AEW Rampage by going head-to-head on FS1, SmackDown won the total viewership battle while Rampage was in lockstep the FS1 show in the 18-49 demographic. In fact, the two shows were nearly identical in the 18-49 demo overall, with SmackDown garnering 314,000 18-49 viewers to Rampage’s 313,000. In the 30 minutes a commercial-free SmackDown went head-to-head with AEW Rampage, Rampage toppled SmackDown on FS1 328,000 to 285,000.

Further analysis revealed SmackDown and Rampage did not have a significant impact in stealing viewers either way. Per Dave Meltzer of The Wrestling Observer Newsletter, SmackDown cost Rampage 5.1% in overall viewership and 7.7% in 18-49, while AEW had no effect on total viewership for WWE while costing them 3.5% in the 18-49 demo.

SmackDown returns to Fox next week, and with the World Series set to conclude before then, sports competition for both SmackDown and Rampage will lighten up moving forward.