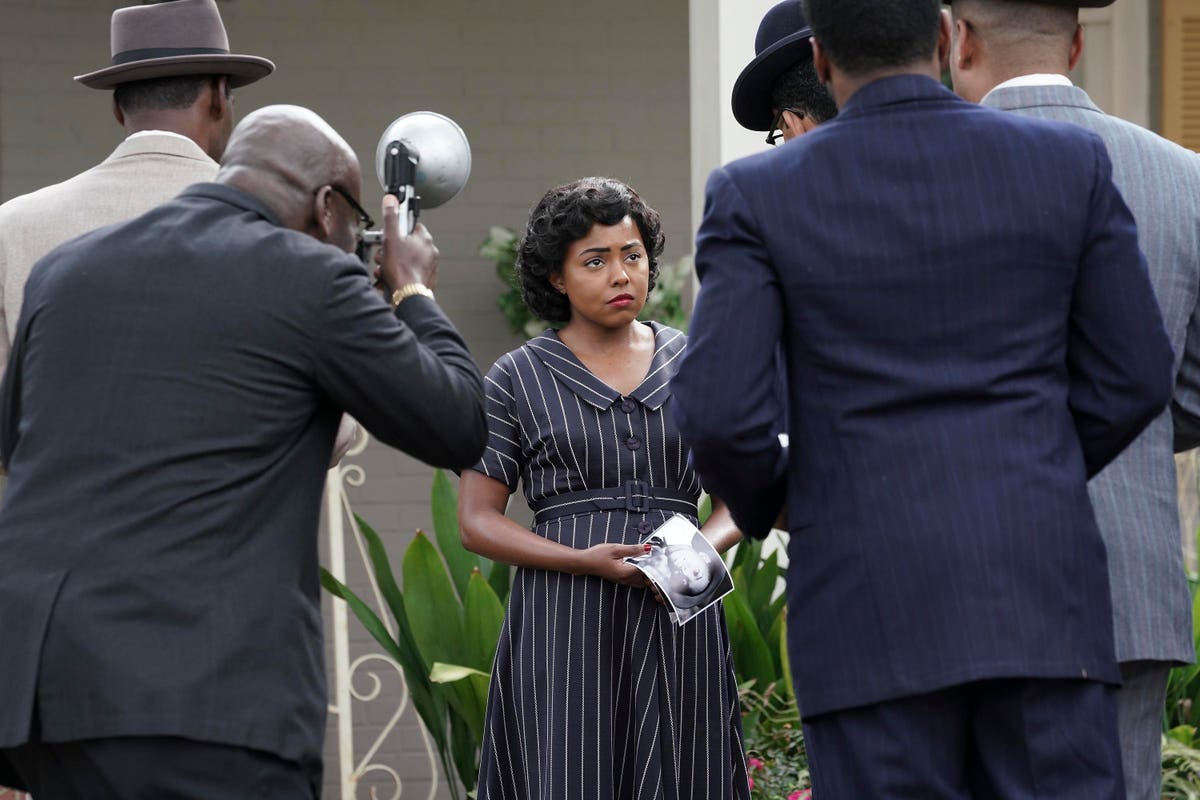 Marissa Jo Cerar had a clear vision going in of just how to tell the story – the difficult story of the life and death of Emmett Till – so that it will resonant with viewers.

Women of the Movement is a six-episode series that’s based on the true story of Mamie Till-Mobley, who in 1955 risked her life to find justice after her son Emmett was brutally murdered in the Jim Crow South. Unwilling to let Emmett’s murder disappear from the headlines, Mamie took to the world stage, emerging as an activist for justice and igniting the civil rights movement.

While the narrative features the aftermath of Till’s death, Cerar, who is executive producer and showrunner of the project, knew that, “it was really important to me that we did not begin the series with a dead body. I did not want to be that show. I wanted the audience to see their brother, their cousin, their neighbor, their child’s friend at school, their student, the little boy who walks into the corner store. I wanted this to be a family drama that happens to be about a true crime.”

She explains the pace of the narrative, saying, “In Episode 1, we set up the family and the life, and we are absolutely intentionally humanity‑forward. We wanted the first episode to really tell you who these people are and to sit and have dinner with them before we see the tragedy. Episodes 2 through 6, we will see the aftermath of Emmett’s kidnapping.”

There was another element about the story that was imperative to reiterate as much as possible, says Cerar. “It was really important to me that we state his age in every episode, [because] even in court, they refer to him as a man. It was a strategy. Emmett had just turned 14 before he went to Mississippi to visit family, and that was so important that we constantly remind the audience that he was a 14‑year‑old boy.”

Fisher points out that telling this story is important because, as he says, “Growing up, you get the Cliff Notes, bare‑bones version of the Emmett Till story. I think everybody understood that the story that we [telling] is much bigger than any one of us, and, in fact, it might be bigger than all of us. I think it was really a rally because you don’t know what you are going to get into when you are going down to the deep South to tell a story that some people may not want told.”

Adding to this thought, Warren says, “There’s so much responsibility in telling [these] stories of people, especially our ancestors, this history is our history. It is an honor to have the opportunity to tell their stories.”

There was some thoughtful editing that had to take place, admits Cerar, “[With] any true story you can’t put every single minute on the page or even on the screen. So, yes, it was very difficult to condense, summarize, and contain the story, but I’m so proud that we were able to tell as much as we did.”

But, she points out that while there was some reduction in the timeline, there were no liberties taken in telling Till’s actual story. “The truth is we didn’t have to change anything. We didn’t have to manipulate anything.”

What happened to Till and the aftermath of it still resonates today, for a multitude of reasons, says Cerar, explaining, “Literally, while I was writing the finale, it was the summer of George Floyd, So, it’s still happening. We just told the story, and the audience will come to their own conclusions; but unfortunately, we are still experiencing the same injustice and trauma.”

Rev. Wheeler Parker Jr., who served as a consultant for the series, and is Emmett Till’s cousin, says that the series is to be celebrated and, “Although the Emmett and Mamie Till story is not a pleasant story, it needs to be told over and over again just to remind us of American history, showing how far we’ve come and how much work we have to do. We hope that the audience can view this series and learn from it the truth and have the fire and the ability to stand up for what’s right regardless of the cost.”

‘Women of the Movement’ premieres on Thursday, January 6th at 8e/p on ABC.