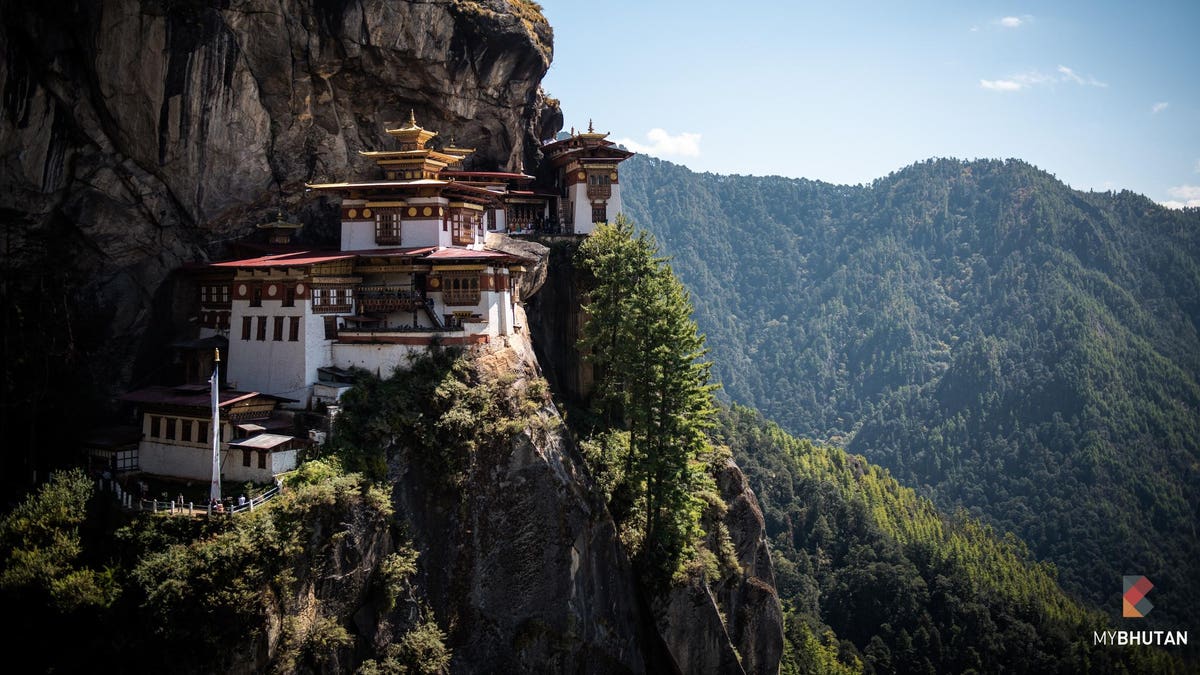 Happiness, like any emotion, is difficult to quantify. But then again, I’ve never lived in Bhutan—lovingly known as the “land of happiness.”

Bhutan is more than a tiny, picturesque Buddhist kingdom nestled high in the Himalayas. It’s a nation that values happiness as one of its greatest resources.

The four pillars of GNH are Bhutan’s environmental conservation, cultural preservation, good governance, and sustainable socio-economic development. Essentially, GNH measures Bhutan’s economic and moral progress. It’s also a way of life—one that hinges on the belief that the well-being of the collective is more important than the well-being of any one individual.

Matthew DeSantis, one of the country’s longest-residing foreigners, has witnessed Bhutan’s GNH journey firsthand. As the founder of travel outfitter, MyBhutan, and co-founder of Beyul Labs—a tech company focused on emerging economies—DeSantis has seen how GNH has created a unique sense of “oneness” in Bhutan.

“There’s this oneness with humanity, nature, and culture,” he says. “It’s very special.”

The Power of Collective Unity

While the current application of Gross National Happiness is new to Bhutan, the theory was originally constructed by the country’s fourth king, Jigme Singye Wangchuck, in the early 1970s.

As a young teen growing up in New York, DeSantis had the honor of meeting Jigme Singye Wangchuck while attending boarding school. Their conversations spurred his fascination for the remote locale that sounded almost utopian.

Little did DeSantis know that decades later he’d be partnering with the Royal Government on a nationwide archival project of Bhutan’s precious art and historical documents.

In 2010, DeSantis visited Bhutan—and never left. Over the course of the last decade, he’s already left an indelible mark on the nation by launching two businesses, expanding access to technology, introducing Bhutan to baseball, and serving as the U.S. State Department’s Warden of Bhutan.

Tourism—one of Bhutan’s largest industries, along with agriculture and hydroelectricity—makes up an estimated 23% of the country’s labor force. But a vacation to Bhutan is unlike any other due to its unique tariff structure.

“In order to be in Bhutan, there’s a certain amount that is paid per day in order to visit,” DeSantis explains. “With that comes an all-inclusive provision of services. It includes a local guide, a driver, meals, hotel stays, and activities.”

The tariff structure allows the tourism industry stability while protecting the four pillars of Gross National Happiness and providing visitors with a catered experience.

DeSantis, an accomplished professional explorer, joined the tourism sector in 2013 when he launched MyBhutan—an elite travel outfitter that takes guests on explorations of the country’s untouched terrain. The adventures are once-in-a-lifetime experiences that include rafting the remote Dangme Chhu, visiting isolated mountain top temples, or running in Bhutan’s International Marathon.

Many of these captivating locations exist because of the citizens’ deep-seated commitment to the well-being of the kingdom’s forests, farmland, and animals. In fact, Bhutan is the only carbon-negative country in the world. In order to retain this status, the country’s constitution mandates that at least 60% of its forests remain standing.

“It’s impactful,” DeSantis says, adding that he believes the Bhutanese people benefit greatly from the absence of threats to their environment. “You have more peace of mind, and that brings more compassion and collective unity.”

DeSantis also had a vision of introducing modern technology into a burgeoning Bhutan. In 2017, he founded Beyul Labs with the mission to bring developing countries into the digital age. The team’s inaugural project was to create Bhutan’s first online payment gateway for foreign customers—a major advancement for the country’s tourism industry.

Touted as “technology solutions for remote lands,” DeSantis and his team at Beyul Labs design every decision around the deep-rooted values, culture, and way of life that the Bhutanese people cherish.

After moving to Bhutan, DeSantis left behind the business and leadership philosophies he’d been taught in the United States. Instead, he adopted the “compassion, selflessness, and mindfulness” mindset of Bhutan’s Royal Government—both past and present—to better serve his teams at Beyul Labs and MyBhutan.

“Compassionate leaders develop a relationship with people that is built on kindness and trust,” he says. “With less fear, you have more kind-heartedness. With kind-heartedness comes trust. With trust comes friendship. With friendship comes cooperation.”

“There are three types of leadership,” DeSantis says, paraphrasing the Dalai Lama. “One is a trailblazer—someone who can go and take risks and build a path. The second is a ferryman—someone who can guide. The third is a shepherd—someone who makes sure everyone around them is safe.”

Whether someone is a trailblazer, ferryman, or shepherd, all three approaches to leadership share a commitment to the welfare of the people—the very premise of Gross National Happiness.

And unlike other cultures, the Bhutan people don’t ascribe to the idea that there can only be one leader, says DeSantis. “Every one of my teammates is a leader,” he explains. “For any business to be successful, you need to have a team who believes in the mission but can also lead the mission.”

Clearly, DeSantis praises the concept of Gross National Happiness, but how does he know if the Bhutanese people are truly happy?

“[Bhutan] is one of the only places I’ve ever seen where all of its people—even those who would like to leave [for some time]—want to spend the majority of their life in Bhutan,” he explains. “That’s a very strong indication that a country is developing the right way for its people.”

Maybe the Bhutanese are onto something. Would the world be a better place if we were all in pursuit of collective happiness? It just might take a trip to Bhutan to find out.

The conversation continues with Matt DeSantis on the Leading with Genuine Care podcast. We talk more about building a business in Bhutan, the culture of Bhutan, what leaders can learn from the Gross National Happiness model, and so much more. Connect with me on Twitter and LinkedIn and keep up with my company imageOne.