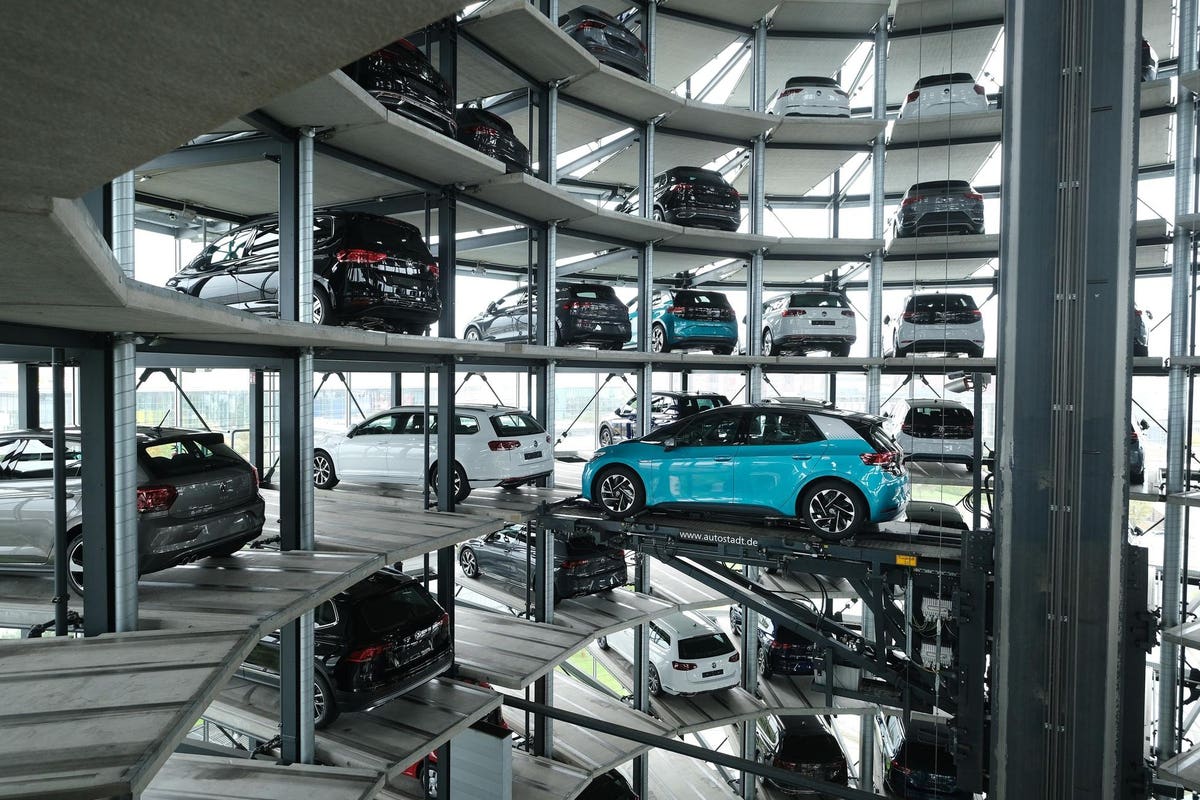 Volkswagen and its collection of mass market and premium brands said operating profits fell 12% to €2.8 billion ($3.3 billion) in the 3rd quarter, compared with the same period of 2020. The profit margin dropped to 4.9% from 5.4%.

Volkswagen shares fell just over 3% at the opening of European trading and slid to €275.6 by early afternoon, down 4.4% on the day. The Euro STOXX 600 Automotive index opened just over 1% down but held steady through the day to end off about 0.55% at 669.47 in the afternoon.

Bernstein Research analyst Arndt Ellinghorst though didn’t think the performance was too bad, in a report headed VW – Better than feared.

“In light of the severe supply chain disruptions and how VW prepared the market for Q3, actual results are a relief with break-even free cash flow. Obviously, the current volatility brutally showcases VW’s exceptionally high fixed costs especially in the performance of the VW brand which also seems to bear the majority of the semiconductor related shortages,” Ellinghorst said.

“Given the severe production fluctuation and an estimated 250,000 inventory of unfinished vehicles that are waiting for semiconductors, VW’s working capital performance was solid,” he said.

Investment researcher Jefferies said the results were weak as expected, but the underlying performance of VW remained solid.

Car sales forecasts for Western Europe are being slashed and investors have bracing themselves for poor results from the big manufacturers because of the chip supply crisis.

Investment bank UBS thinks the global auto industry can mount a strong recovery in 2022 which could lead to double-digit growth as semiconductor output recovers.

“In light of chip packaging and testing plants in Malaysia back up and running, there could be a gradual auto production recovery kicking in the current quarter,” UBS said in a recent report.

Frank Schwope, analyst with Norddeutsche Landesbank Girozentrale, isn’t so sure.

“In view of the lack of semiconductors and the fact that new manufacturing capacities may not start production until 2023, the shortage economy could extend in the year after next,” Schwope said.

“The global automotive industry will continue to experience operational disruptions over the next 3 to 9 months, as we only expect semiconductor supplies to start showing signs of improvements from the 2nd half of 2022. The combination of component shortages, continued shipping delays and localized Covid-19 outbreaks, among other risks, will see the global vehicle recovery slow over the remainder of 2021, and very likely into the first half of 2022,” Fitch Solutions said in a recent report.

There is a growing stock of half-finished vehicles which will suddenly boost output once supply is normalized form the middle of next year, Fitch Solutions said.

Meanwhile sales predictions are being slashed. Forecaster LMC Automotive has cut its West European forecast for the 3rd month in a row to a rise of 0.5% for 2021 to 10.74 million cars and SUVs, even less than the previous year’s coronavirus crushed total of 10.79 million. LMC had forecast a healthy 9.6% gain for the year as recently as July, but followed up with 3.0% rise prediction, then 2.5% a month later and now 0.5%.