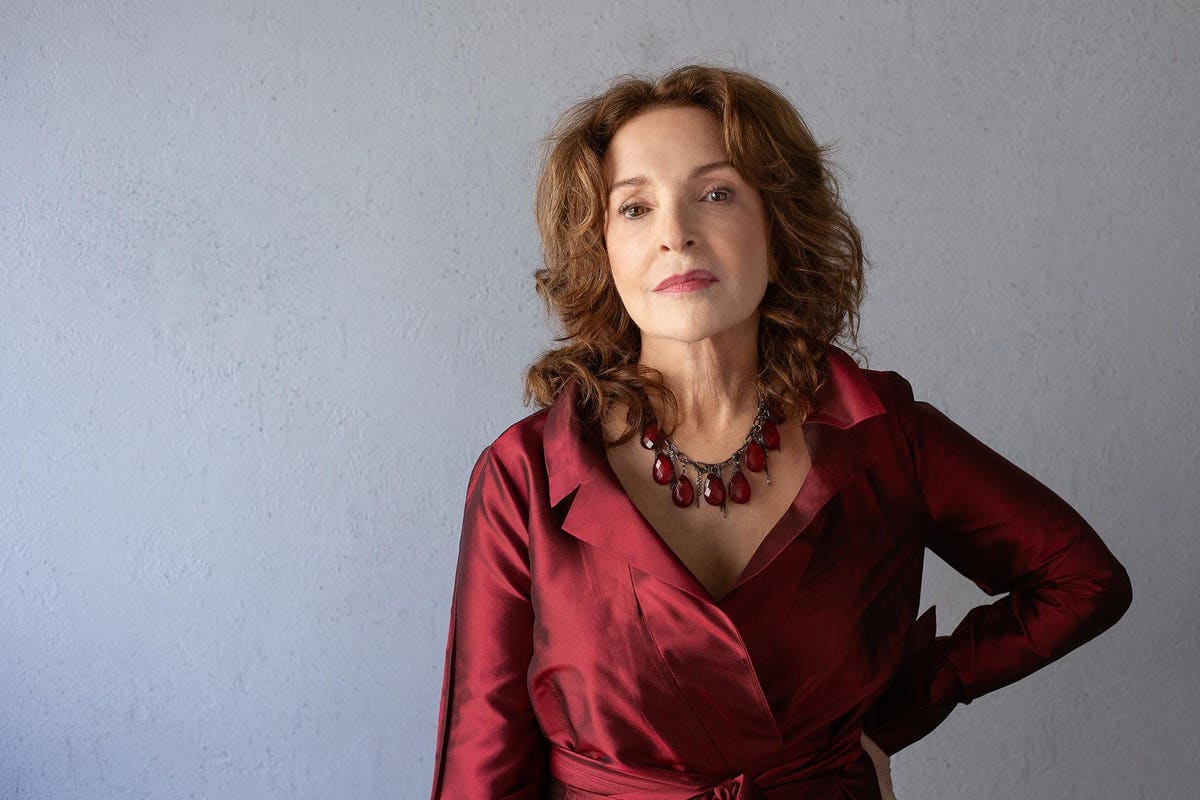 Toward the end of stay-at-home this summer, I had the opportunity to sit down with the one-and-only “Didi Pickles.” Well, not really sit down, as we talked across Zoom, and not really Didi Pickles, but her uber-talented voice actor Melanie Chartoff.

I first became enthralled with Melanie Chartoff when she played one of George Costanza’s revolving girlfriends in the TV comedy Seinfeld. After reading her recently published memoir “Odd Woman Out,” I realized I had known very little.

Melanie Chartoff has been a full-time actor for nearly 50 years, and, coming of age in the theater of the 60s and 70s, this was no small feat.

In the 34 essays she writes in Odd Woman Out, she found much of her success in theater and later television playing the female ingenue, prized for her sexuality over her talent.

In her essay Gray Areas, Chartoff describes her 1980 television appearance alongside her father’s comedic idol Henny Youngman in which he “put his arm around me. But Henny’s hand didn’t stop at my back. No, no. Its fingers crawled onward, landing on the side of my left breast, two inches past my underarm but a world away from proper — and he knew it.”

She goes on in the same essay to describe an encounter with Ed Asner at a charity gala to raise money for homeless single mothers in which she “hugged and congratulated him for a recent TV turn as a letch, and for earning the Helping Hands Humanitarian Award that evening. And as we posed for press photos, he rested one of his helping hands on my behind.”

As she admits, these were small improprieties amid the backdrop of the “Me Too” movement. She dubs them, “We Too,” and draws in her essays from a lifetime of experience defending against, and at times encouraging, many male advances.

Chartoff describes how the theater world she adored, and the TV and film world she meandered into, were in many ways a microcosm of the family in which she was raised. Her father, the de facto breadwinner, lorded over his wife and two daughters in a traditionally demeaning way, enjoying the attention his friends would pay to his newly-pubescent daughters.

She describes in an essay how her father once shoved her naked mother outside in the freezing snow locking the door behind her.

“I felt like we were naked in the cold, too,” Chartoff writes. “If I couldn’t rescue my mother, how could she ever rescue us back? … I peered out the side window. Mom was shivering in the DeSoto with a blanket.”

Chartoff does not hold back, especially when she talks about her own romantic escapades. She writes about being photographed leaving a sex shop, her romantic escapades with her sex shop acquisition which she names Tyrone; the male model she was attracted to up until the moment he removed his hair piece; George, the Greek American who discovered that the secret code to her bed was not good looks, sanity, or even marginal success, but being funny. In fact, Chartoff admits that humor has always been a necessary prerequisite for any potential suitor, and at times the only one.

Chartoff reveals in both her essays and our conversation her personal journey of growth, from ingenue to becoming the lead actor of her own life, aided by twenty years of therapy and the influence of the powerful female roles she has played.

After a lifetime of dating fits and starts, Melanie married the love of her life in her sixties, teaching young and old alike that it’s never too late for love.

And she told me about the cathartic role writing has played in her self-actualization. “I had reached a certain in-between age where I didn’t look grandmotherly enough to be a grandmother. I didn’t look young enough to be a wife and mom, and I was feeling lost. So, I enrolled in [a writing] class and began listening to other people’s stories and realizing I wasn’t so odd. So many people had a skewed, different, unique way of looking at the world and themselves. And my writing began to teach me.”

Hollywood has rarely been benevolent to signs of aging. Even her beloved role as the voice of Didi Pickles has been recast for the new 2021 Rugrats incarnation.

Still, Melanie Chartoff has found other vehicles in which to come into her own. She continues to perform readings of her work, one-woman shows, and attends the occasional acting audition when a script calls for a 72-ish female. Of course, learning how to audition all over again under Covid protocols demands a whole host of new skills for the veteran actor.

Chartoff’s candidness and humor could turn anyone’s face red, most of all hers. Yet, in her seventies, she’s far beyond apologizing for who she is, or pretending to be anyone else.

I asked her what she wanted her readers to walk away with, to which responded, “to have the courage to accept yourselves, foibles and all, because you’re all you’ve got. And of course, my book’s dedication to my mother who taught me “it’s never too late to learn to love yourself. And maybe if you’re lucky, somebody else too.”

Is Melanie Chartoff still the odd woman out? “No,” my namesake Melanie tells me. “I’m now the unique woman out.”