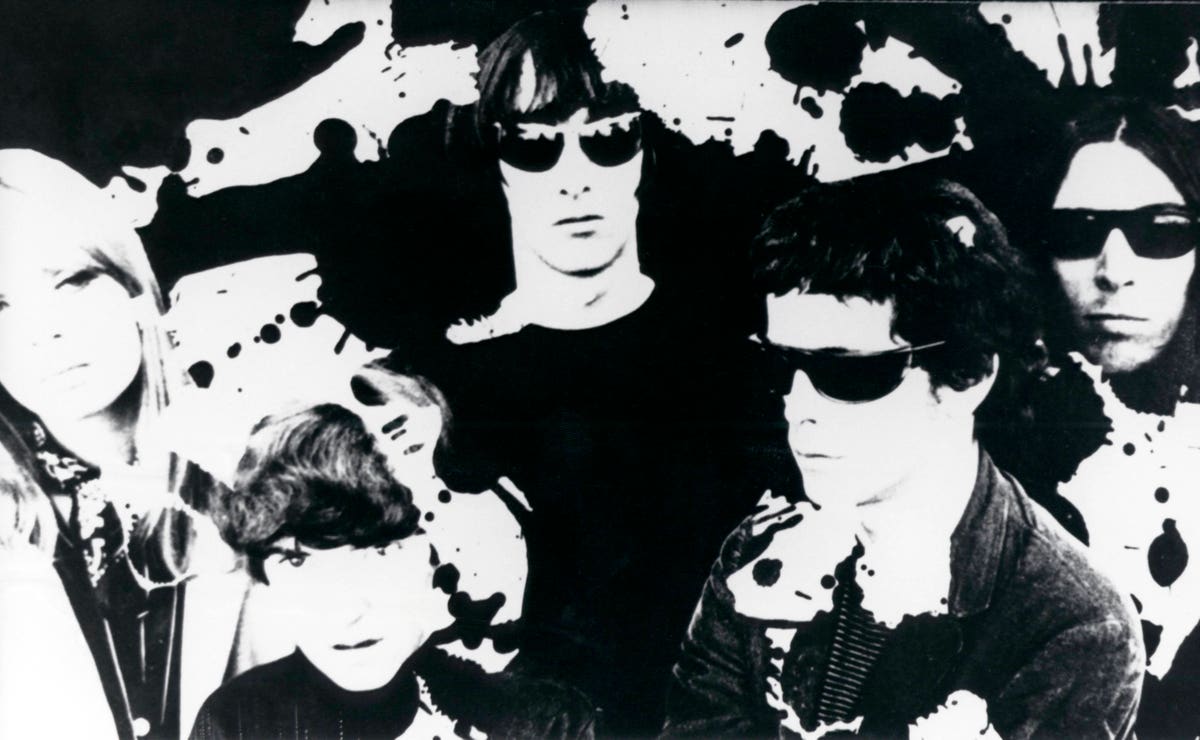 “Anyone should be able to play these songs, that’s what I like about them,” singer/guitarist/songwriter Lou Reed once told journalist David Fricke about his band the Velvet Underground’s 1967 debut album The Velvet Underground and Nico. Released in the same year as the Beatles’ Sgt. Pepper’s Lonely Hearts Club Band and the Doors’ self-titled first album, the music of The Velvet Underground and Nico challenged the hippie, psychedelic sentiment of the counterculture. The themes of the record were hard-hitting with a distinct New York City flavor: drugs, sadomasochism, romantic jealousy and urban desperation. With those in mind, it is not surprising that the album didn’t fare well commercially. But to paraphrase a quote famously attributed to Brian Eno: that while the first album never sold a lot, those who did buy a copy of it started a band.

The Velvet Underground and Nico (also known as the ‘Banana Album’ due to the famous cover art by Andy Warhol, the band’s patron saint) provided the template for modern/alternative rock music over the decades, especially punk, post-punk, Goth, synthpop and noise rock. As Anthony DeCurtis wrote in his 2017 biography of the late Reed: “Before the Velvet Underground and Nico, there was no such thing as underground or alternative rock. You either had hits or you didn’t. There was no other code to live by. The Velvet Underground made it possible for rock musicians to make the same appeal to posterity that poets, novelists, playwrights and painters before them. If their contemporaries didn’t like or understand—or, in this case, even know about—their work, it was possible to imagine recognition sometime down the road.”

More than 50 years after its release, that record’s influence still burns brightly as heard on a new compilation I’ll Be Your Mirror: A Tribute to the Velvet Underground and Nico, which came last Friday. Executive produced by the late Hal Wilner, the record features different generations of acclaimed alternative rock artists covering such memorable songs from the original VU debut as “Waiting for the Man,” “Heroin” “Femme Fatale” and “All Tomorrow’s Parties.” Its arrival comes as the Velvet Underground— Reed, John Cale, Sterling Morrison, Maureen Tucker, Nico and Doug Yule—is the subject of an upcoming and much-anticipated documentary by Todd Haynes to air on Apple TV+.

Here’s a track-by-track breakdown of I’ll Be Your Mirror:

It only feels right that the tribute album should feature Michael Stipe, as his former band R.E.M. is one of the many bands influenced by the Velvets; R.E.M. had previously covered “Femme Fatale,” “Pale Blue Eyes” and “There She Goes Again” on the 1987 compilation Dead Letter Office. Here, Stipe’s distinctive voice conveys the original song’s sense of bliss and weariness augmented by subtle orchestration and electronic textures.

Best known as the singer for the National, Berninger brings his unique baritone vocal style to one of the Velvets’ iconic songs about a guy waiting to meet his drug dealer. His interpretation retains its predecessor’s pummeling tension and urgency within a more cinematic context.

The German singer Nico’s performance on the ballad “Femme Fatale” is truly unforgettable as one of the three songs from the first VU album that features her lead vocals. In the capable hands of Sharon Van Etten (with backing vocals by Angel Olsen), this version of the song truly feels otherworldly, haunting and graceful.

This hypnotic collaboration between Andrew Bird and the collective Lucius offers a blend of the original version’s experimental droning sound, old European folk music and Indian raga while touching on themes of submission and S&M.

One of the few straightforward pop-rockers (along with “There She Goes Again”) from The Velvet Underground and Nico, “Run Run Run” is treated in electrifying fashion by Kurt Vile and the Violators. At times, Vile’s jam-laden approach recalls the epic “Sister Ray” off of the Velvet Underground’s second album, 1968’s White Light/White Heat.

Of all the covers on I’ll Be Your Mirror, St. Vincent and Thomas Bartlett’s rendition of “All Tomorrow’s Parties” is the most radical. A dramatic departure from the original version voiced by Nico, this experimental rendition sees St. Vincent deliver a spoken-word recitation of the lyrics while Bartlett contributes haunting and jazzy piano (the two have previously collaborated on St. Vincent’s 2018 album MassEducation).

Put together two giants of ’80s and ‘90s alternative rock—Moore formerly of Sonic Youth, and Gillespie of Primal Scream, and the result is a relatively faithful cover of “Heroin,” arguably the Velvet’s signature song. Their performance, with the music’s shifting mood and tempo, uncannily captures the original VU version’s harrowing sense of rush and release from the point of view of an addict.

“There She Goes Again” – King Princess

Similar to Vile’s version of “Run Run Run,” King Princess’s take on “There She Goes Again” is bouncy and poppy as the song later builds up to a noisy and raucous finale; the charismatic yet deadpan singing of King Princess bears a striking similarity to Reed’s.

“I’ll Be Your Mirror” – Courtney Barnett

Amid the chaos and darkness that informs the music and tone of The Velvet Underground and Nico is a moment of tenderness as reflected on “I’ll Be Your Mirror,” originally sung by Nico. Here, the Australian singer Courtney Barnett applies a sweet, folkish Americana tone to this love song, one of the usually unflappable Reed’s best works.

“The Black Angel Death Song” got the Velvets fired from the New York City club Cafe Bizarre for too many performances of it, according to David Fricke’s liner notes in the 1995 VU boxed set Peel Slowly and See. Irish post-punk band Fontaines D.C. highlights the Velvets’ penchant for noise and dissonance in their cover of this track with the very morbid-sounding title.

Quite fittingly, I’ll Be Your Mirror ends with icon Iggy Pop delivering his distinct brand of punk, danger and anarchy on the epic and jarring track that Reed dedicated to his mentor, the poet Delmore Schwartz (“a raucous improvised jam,” as DeCurtis described “European Son” in his Lou Reed biography). Working with guitarist Matt Sweeney, Pop perfectly invokes the chaos of this avant-garde track.

Like when beloved bands that have previously broken up only to later reunite, tribute albums can be a dicey proposition in which the results can often be disappointing. But this homage is quite different. First, it was helmed by the acclaimed producer Wilner (who died of COVID complications last year). Second, the featured artists’ performances sincerely capture the spirit of the original material while also lending their own distinct stamp to it. It’s a credit to the universal themes and timelessness of the songs —quite remarkable for an album that was first ignored 54 years ago.  “As a rock & roll record in that time period, it was an awkward thing to listen to,” John Cale said in an interview in 2017. “The songwriting, the style of the performance and the musical ideas were a really awkward thing to present to people. I mean, people didn’t want to know that stuff.”