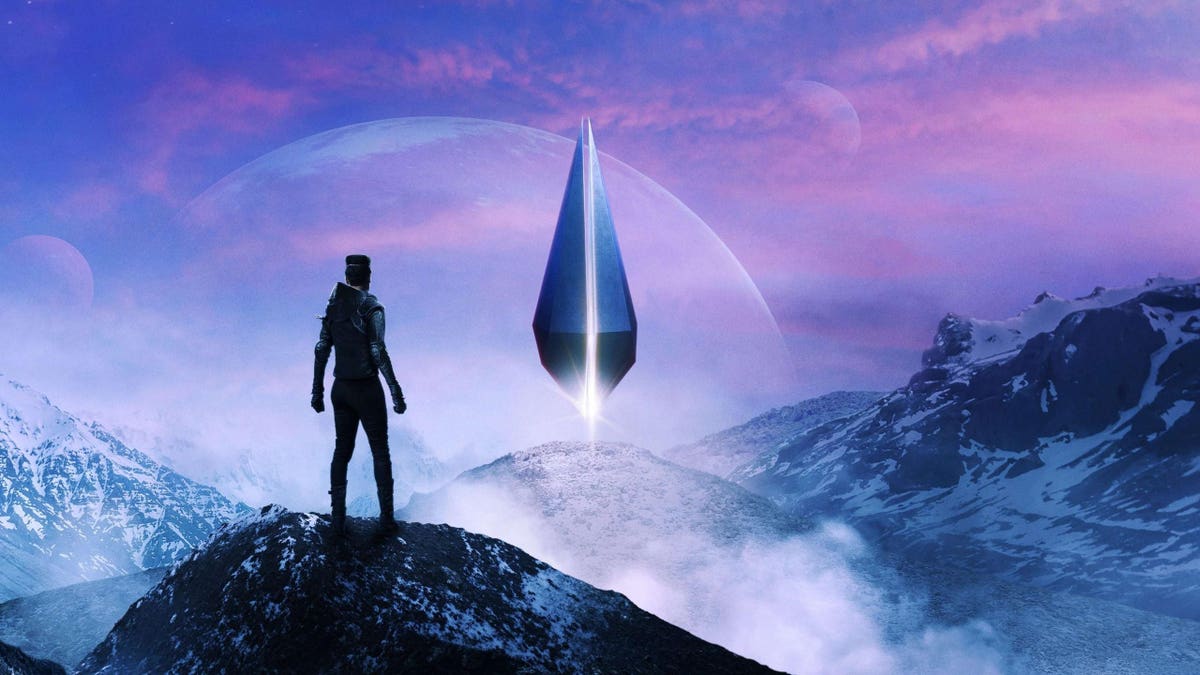 Growing up, I read Isaac Asimov’s original Foundation trilogy in its entirety. The series is complex, heady, and properly epic in scope, and I couldn’t imagine a series capturing it in all its multifaceted glory without making it confusing, or worse… dumbing it down. Apple TV+, striving to make its mark with a modest number of high quality series, opted to embark on the impossible and adapt the unadaptable. Let me be among the first to tell you how surprised I was to find it is not merely good, but genuinely great.

Created by David S. Goyer and Josh Friedman, Foundation takes a number of liberties with the source material and that’s precisely why its a solid piece of grandiose entertainment that manages to balance such a tough series: it doesn’t. It finds the core, modernizes some choice elements, and delivers a solid piece of sci-fi spectacle that’s only heady where it needs to be. Jared Harris plays Hari Seldon, a brilliant professor who develops the field of psychohistory. Psychohistory is a future social science that allows Seldon to mathematically predict the behaviors and futures of whole populations with stunning accuracy… and he predicts the fall of the Galactic Empire.

His task is to build a Foundation, a depository of galactic knowledge intended to shorten the galactic Dark Ages that would accompany such a collapse, and to do so he enlists the brilliant young math prodigy Gaal Dornick (Lou Llobell) to work on its inception. Of course, at the head of the Galactic Empire is Cleon (an exceptional Lee Pace), the indefinitely cloned ruler who always serves beside three variants of himself, young (Brother Dawn), adult (Brother Day), and aged (Brother Dusk). For political reasons they send Hari’s foundation to the deep edge of their borders, but of course the challenge to the longevity of their reign isn’t received with a warm embrace and it causes increasing tension. So, so many complications ensue.

The cast is exceptional. Harris really lands the stubborn, smart, egoistic genius role of Hari Seldon, while Lee Pace’ stern series of Cleons (and their machinations) are portrayed with perfect gravitas. Lou Llobell’s Gaal is likeable and smart with an appropriately fierce independent streak, and the rest of the cast fills out nicely around them. The writing lands, boasting a delicate balance between the heady hard science of it all and the interpersonal and decidedly human gravitas that rounds out the series.

One of the elements that works best is that it’s so well executed visually, so gorgeously filmed, cinematic, and detailed, that it feels like something one could watch theatrically and it would hold up. It’s lovely to look at, with great production design, costumes, and cinematography, and the VFX holds up—it’s clear that Apple refused to shortchange the show’s budget and we’re all the better for it.

It suffers some growing pains in the first episodes, sure. Some of its quick-moving, time-hopping plot-lines in the first five or so have some abrupt elements that, thankfully, are all brought back into coherence as the first season progresses, but they do take a little thought, patience, and benefit-of-a-doubt to follow at first. That said, they do land and the complex narrative works on its own terms without having read the source material. Altogether they did a stunning job of weaving those complex threads into a lovely cinematic tapestry.

Foundation had monumental task ahead to succeed. How do you modernize a heady, dialogue-rich sci-fi tale that spans so much space and time in a compact series? Some characters are diversified and gender-swapped, but all in ways that serve to make the story world feel larger and more complex. There’s finely written talk of the headier concepts but it’s balanced in ways that serve a visual medium, and there’s enough sex and violence to make it feel like there’s both a brain and life in its characters’ veins.

Altogether Foundation is a smart, stunningly gorgeous retelling of a classic sci-fi property, one that feels as rich and deep as the material deserves. Goyer hopes to be able to tell the epic story over a whole 80 hours—at its 10 episode per season pace that’s a whopping 8 seasons—and if this first season is any indication of what’s in store, I really hope he gets to.