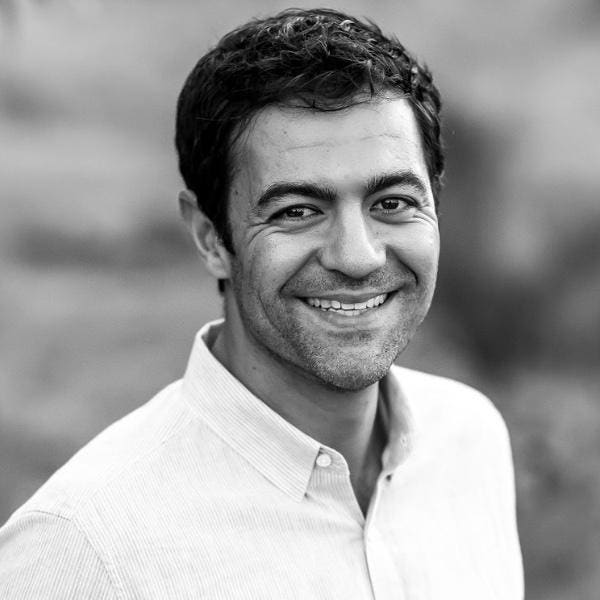 CRM (Customer Relationship Management) software is the lifeblood of most sales organizations. And Salesforce is by far the dominant player in the space with a $254.89 billion market cap as of September 21, making it the world’s 34th most valuable company.

Yet despite its near ubiquity, many sales professionals struggle to fully adopt Salesforce into their daily workflows. Sales tech entrepreneurs Pouyan Salehi and Cyrus Karbassiyoon set out to change that with the founding of Scratchpad in 2019. Salehi is CEO and Karbassiyoon is the CTO.

Scratchpad is a workspace built for sales to update Salesforce and take sales notes and daily to-dos. The software can be installed as a Google Chrome plugin or as a web application. It connects to Salesforce and provides an interface where sales professionals can keep all their notes, process workflows, spreadsheets, and tasks.

“My co-founder and I, we’ve been together for almost a decade now. Our last company was in the sales tech space. And so, we had built a lot of empathy and understanding and knew the sales tech space fairly well. But even then, the problem that we’re aiming to solve with Scratchpad wasn’t obvious to us,” says Salehi.

The pair had built a solution called PersistIQ that was designed for sales leaders to get a better view of what an account looks like for retargeting purposes. “But we realised that in our early kind of assessment of it (Salesforce), the reps weren’t using it. The end users, account executives, weren’t using the product. And so, we got curious about that and dug in and try to understand why,” says Salehi.

The duo were fortunate enough to have built good relationships with some customers that allowed them to observe sales professionals using Salesforce. And while they thought they knew a lot about CRM adoption having been in the space for years, they put all of their assumptions aside. “What we saw was fascinating. Slowly this image started to emerge to us that in any organization you go to, they’ll have Salesforce as their CRM. They’ll have some sort of emailing tools, some sort of call tools, some way to communicate with customers with an endless number of tools. But what fascinated us was, every single rep was working outside of these systems,” says Salehi.

According to Salehi, they were taking notes in Evernote or Mac notes. They were working out of spreadsheets for pipeline and account management and forecasting and tasks were across many different tools. “What was interesting is everyone accepted this as a state of the world. They were just like, yeah, this is just sales. This is how we do it. This is how we do our work. And then we take four to five hours a week, maybe a big chunk right before the forecast call, very quickly go and hunt through all of our spreadsheets and notes and try to update what the management needs so they get off of our back. That’s existed for a long time. And that’s what put us on this path,” says Salehi

The pair decided to build tools created with the end-user in mind—the frontline sales professionals, rather than for sales management. From the beginning they developed Scratchpad with a focus on ease of use and adoption. They gave themselves three months to get 10 users that say they love the software and that they want to keep using it and had the utilization data to prove it.

“And of course, as with most things, it’s not black and white. Out of 10 we had one. But that one user was so passionate about it, that we thought it was worth seeing the next card. Let’s go for another three months. And I’ll tell you what that one person changed the trajectory for us. We’re building conviction. We think there’s something here.,” says Salehi.

Today, Scratchpad is growing fast, making life easier for sales professionals. They now has 35 employees serve hundreds of companies. The company has attracted $16.6 million in funding from Accel, Craft Ventures, Sound Ventures, and Shrug Capital. “One of the things I guess I’m most proud of is, is the impact that it’s having on individual users and everything from folks being able to hit quota more, to all the way to the unexpected positive impact its having on people in their personal lives,” says Salehi.

Salehi’s journey to sales tech innovator and entrepreneur began in Iran. He and his family immigrated to the US during the Iran Iraq war when Salehi was six. Both parents were engineers in Iran and, like a lot of immigrants that left, showed up in the United States with two suitcases and $500 in their pocket and arrived in Minneapolis.   They were forced to leave behind their extended family, many of whom remain in Iran.

“I think growing up, it was just really hard to fathom where I’ve got all these incredible opportunities here available to me. Just even the most basic thing that I think people take for granted in middle school and high school and university and they’re just basically struggling. And so, there was this feeling of responsibility like, I got to make the best of this and I’m going to kind of do the best that I can here,” says Salehi.

He and his family went through their own entrepreneurial journey, with his dad going from a prominent engineer in Iran and came to the US and started being a dishwasher and then a delivery driver for Domino’s Pizza, later becoming one of the top performing managers at a store. “We ended up buying a franchise. I started working there when I was about nine. We bought a store that was going bankrupt, turned it around to being one of the top performing stores in the US. I was managing that when I was about 16,” says Salehi. He jokes that he learned more about startups and business from running a pizza shop than at Harvard business school.

After business school, Salehi joined Apple for a few years.  He thought it was a great learning experience, but realized he wasn’t a big company person. He then left in 2010 to cofound Stackmob, a startup in the mobile space that was acquired by Paypal. He then co-founded Lera Labs in 2012. He then teamed up with Karbassiyoon, who he met a couple of years prior, to found PersistIQ in 2014, which was then acquired by Wishpond in 2019, prior to founding Scratchpad that same year.

As for the future? “The vision I have for Scratchpad is to be that workspace that salespeople can’t live without. And by salespeople, I don’t mean just the end-users, but even today we have CRO’s using it. We have directors, we have finance people using it. And so, what I would predict, or what I would envision five years from now is that this concept of a revenue team workspace is a default. It’s a standard. If you’re joining a new revenue team, you’re going to say, ‘where’s our Scratchpad?’ If you’re taking one over, this notion of having something for the revenue team and how they work together connected to it is I think going to be a standard and we hope to be the default in that,” concludes Salehi