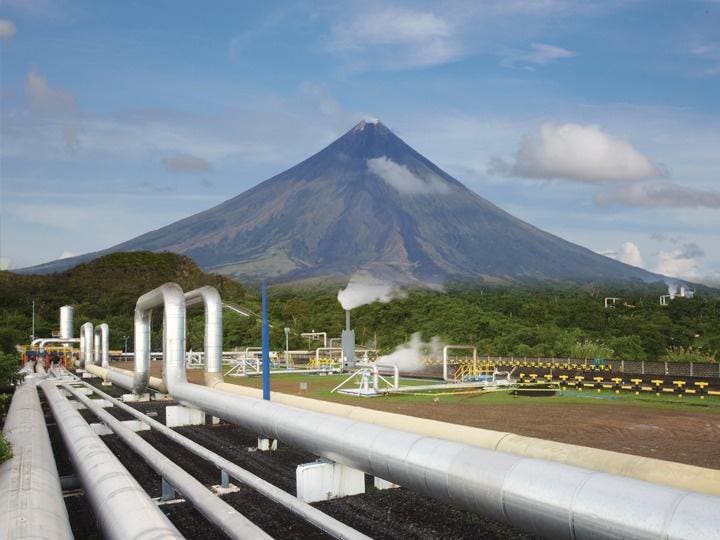 SM Investments Corp. (SMIC)—controlled by the family of the late retail tycoon Henry Sy—said it will take full ownership of Philippine Geothermal Production Co. in a 15.7 billion peso ($304 million) all-share deal as the country’s largest conglomerate by market capitalization seeks to lower its carbon footprint.

Under the deal, SMIC will issue 17.4 million shares at 903.88 pesos apiece to Philippine Geothermal’s controlling shareholder, Allfirst Equity Holdings, in exchange for an 81% stake in the renewable energy company. SMIC currently owns 19% of Philippine Geothermal, which produces 300 megawatts of electricity from the Tiwi and Mak-Ban geothermal steam fields in Bicol province, about 480 kilometers south of the Philippine capital of Manila.

“As a leading sustainability advocate, SMIC is pleased to invest directly in clean renewable energy-related production, which is a national priority and aligned with our commitments to environmental stewardship and to tackling climate change,” SMIC president and CEO, Frederic C. DyBuncio, said in a statement late Friday.

SMIC said it expects to complete the transaction by the third quarter of this year, subject to shareholder and regulatory approvals. The acquisition will be earnings accretive for the group, which has seen a robust recovery across its businesses as the Philippines eases Covid-19 pandemic restrictions.

The company’s net profit climbed 65% to 38.5 billion pesos in 2021, bolstered by contributions from its banking, residential property development projects and shopping malls.

The SM business was started by Henry Sy in 1958 as a footwear shop called ShoeMart in Manila. It has since grown to become the Philippines’s largest shopping mall operator and owner of the country’s biggest bank, BDO Unibank. SM Investments is helmed by Sy’s eldest child Teresita Sy-Coson, who together with her five siblings have a combined net worth of $16.6 billion, making the family the country’s richest.