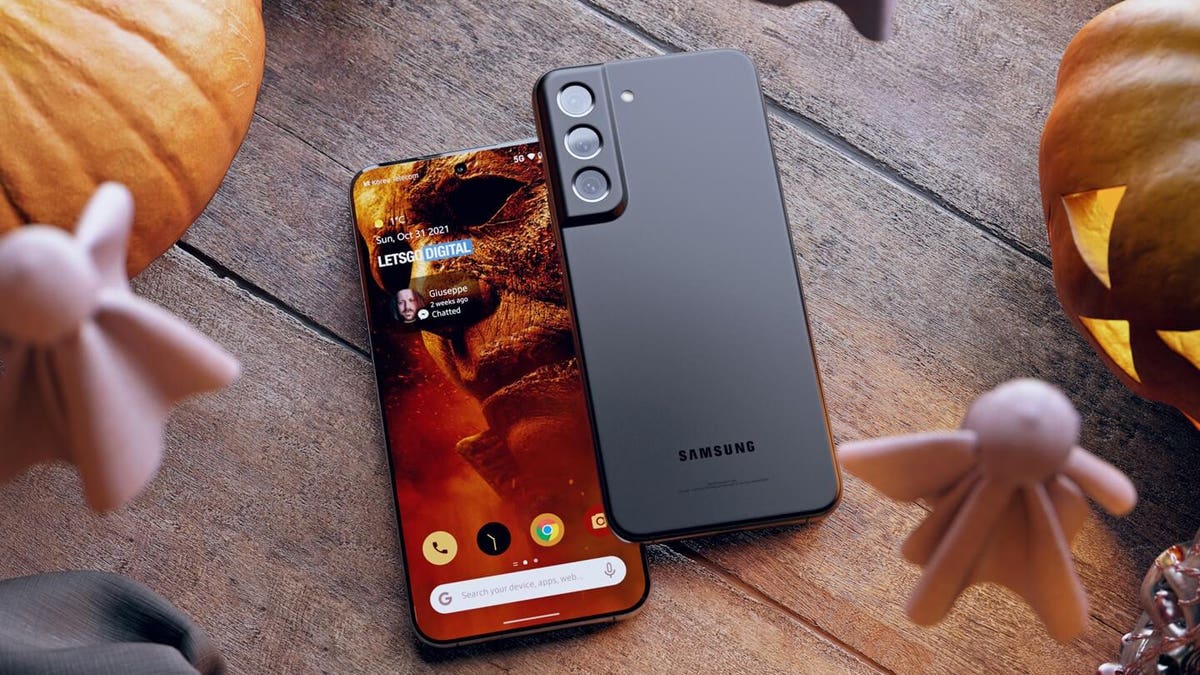 More details on Samsung’s next Galaxy S handset, the Galaxy S22, have come to light. The South Korean company is continuing the stunning design introduced this year, with some clever tweaks coming to the S22 Ultra.

The Galaxy S22 family (the S22, S22 Plus, and S22 Ultra) is expected to follow the design language of the Galaxy S21, with a flat rear panel broken by the raised camera angle that encompasses the top corer and wraps round the edges. The bezels are going to be symmetrical around the display.

Where there will be differences in the range will be wth the S22 Ultra. The largest of the three handsets (and arguably the spiritual successor to the Galaxy Note) will sport a space to carry the S-Pen stylus and a water-drop selfie camera cut-out. As Ilse Jurrien notes for Let’s Go Digital, these won’t be present in the smaller handsets, which will see a regular punch-out for the forward-facing camera and presumably the S-Pen in your pocket.

“…we have been able to establish that the S22 (Plus) will have a significantly different design than the S22 Ultra. Using the information we obtained, Italian digital artist Giuseppe Spinelli, aka Snoreyn , has created a series of product renders of the anticipated Samsung Galaxy S22 5G. The Plus model will also have similar design features as the base model – apart from the size.”

Not only that, but the Galaxy S22 production has begun, as the German site WinFuture.de reports:

This won’t be the full assembly of the handsets, at least not yet. It’s the start of the sub-assemblies starting to come together. These will likely come together to make a few thousand handsets that will act as a ‘test batch” before Samsung calls for full power.

Traditionally Samsung launches its new Galaxy S22 family just before MWC in mid-February, and at the moment there’s nothing to suggest this is going to change in 2022.