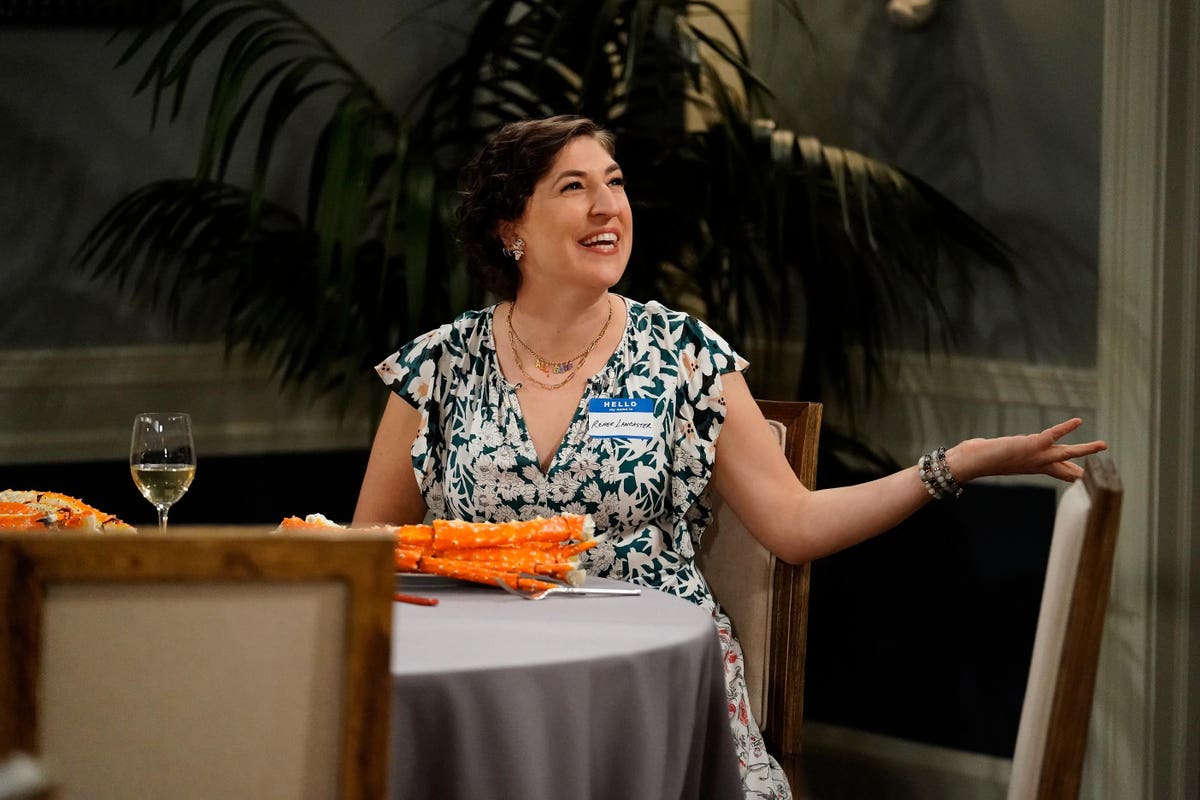 Mayim Bialik famously holds a Ph.D. in neuroscience, but she says it’s not very helpful for her new job as one of the hosts of the iconic game show Jeopardy.

“I would get everything wrong on Jeopardy, unless it was a category literally on neuroscience or biblical history,” she says. “So, I don’t know most everything that I’m supposed to sound like I know. It’s a lot of languages and a lot of geography and a lot of history, which is not my strong suit, unless it’s World War II.

“But hosting it is a real honor.”

It’s been a hectic few months for Bialik, who became one of the many guest hosts shuffled through Jeopardy after longtime host Alex Trebek passed away last November. Bialik soon earned a permanent piece of the gig, being named host of a spinoff of the show and some primetime specials, while Mike Richards was named host. But soon after, Richards stepped down after some offensive comments he made years ago resurfaced.

Scrambling ensued. Bialik and Ken Jennings, a fan favorite past champion, were installed as the new hosts of Jeopardy until a more permanent solution can be found. But Bialik is already super busy. Her primetime comedy on Fox, Call Me Kat, will return for a second season, and she’s picked up a sponsorship gig with Purina Pro Plan (appropriate, since she plays a cat café owner on the sitcom; she’s endorsing LiveClear, a cat food designed to reduce the allergens people react to in cats, and she says her boyfriend can now visit her home with cats without his allergies acting up).

Bialik’s new Jeopardy episodes recently began airing, and she says it’s been a fast-paced shooting schedule. They produce a week’s worth of episodes in one day, buzzing through her hiatus from Kat to get episodes in the can quickly.

The new host says she’s becoming more familiar with the language and pace of Jeopardy. She notes producers have also told her to sound less excited when contestants get the answers right—they are, after all, expected to do that.

“It’s really more kind of refining my voice and trying not to say ‘correct’ every single time, you know, being able to splice in some variation because, you know, true diehard Jeopardy fans, they notice all that stuff. Believe me, I’ve heard the notes that I’ve been given,” she laughs.

It’s hard not to show her excitement when a science-related category pops up, though.

“Alex was Canadian and spoke French,” she says. “Of all the languages I do speak, I do not speak French. So it’s also a lot of learning to pronounce things in the Navajo dialect, which I’ve never encountered before, and reading a language-heavy kind of history. But I am very excited when there’s anything about science.”

While she hosts the show, she has an earpiece where she gets real-time feedback. “There’s literally someone constantly in my ear, sort of coaching me through everything as I’m also talking, speaking, thinking and trying not to trip in high heels,” she says. “So it’s sort of a constant negotiation of information and, you know, it happens in live time. We don’t redo any of the responses, and there’s a lawyer there from standards and practices who sits with us all freaking day to make sure, so it really does have kind of a live aspect to it, which is really exciting.”

As she feels her way through her new job, she says it’s critical not to try to fill Trebek’s shoes. She may hold the same job, but she’s not trying to replace him.

“No one can be Alex Trebek,” she says. “There’s not even a comparison in my mind, so my goal is not to try and be like him or not be like him. It’s to be a version of myself that’s not distracting.”