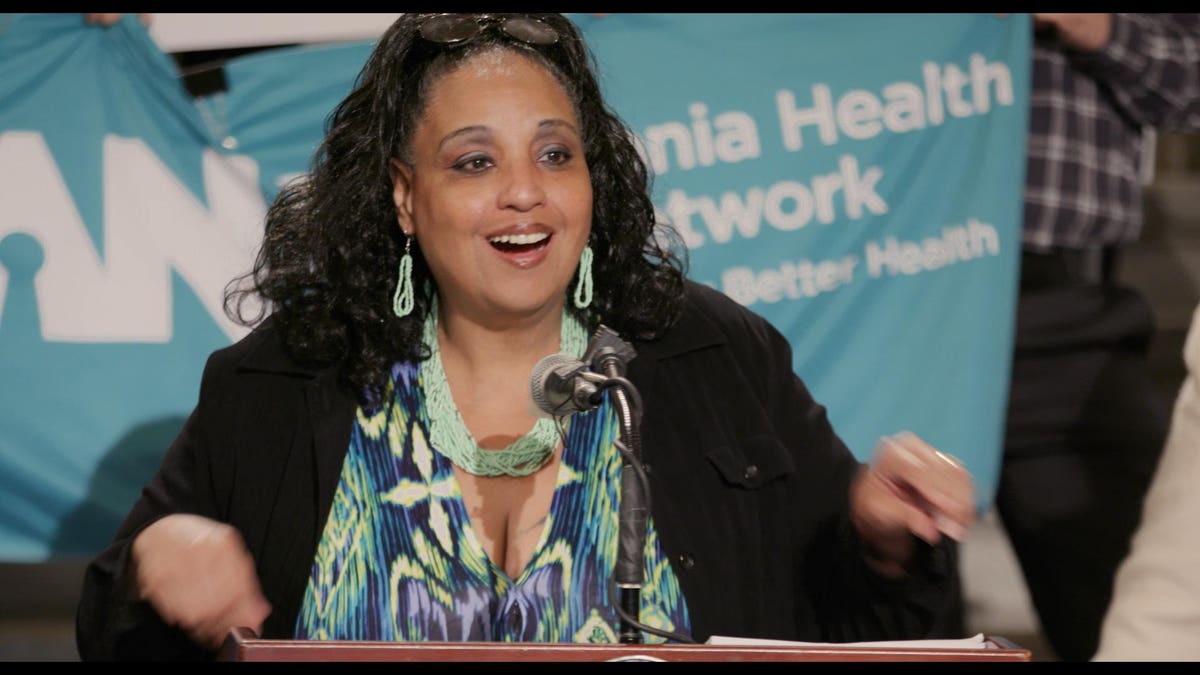 When Vicki Arnett’s husband Maurice was diagnosed with stage four colon cancer, traveling to Atlanta for treatment from their home in Pittsburgh was hardly her first choice. But the agreement between his local hospital and his health insurer was about to end. If they didn’t reach a new agreement, his care would be disrupted midstream.

The Arnetts were like thousands of patients caught in the crosshairs of an ongoing battle between UPMC, the dominant healthcare provider in the Pittsburgh area that has drawn criticism during the pandemic, and Highmark, a Blue Cross Blue Shield-affiliated health insurer dominant in the region.

A five-year agreement to work together was set to expire in 2019. As the deadline for a new agreement approached, patients insured by Highmark—many of whom had no other health insurance option—were at risk of losing access to their providers at UPMC.

The battle between the two nonprofit behemoths—and the impact on patients—is chronicled in a new documentary, InHospitable, that premiered in New York City earlier this month and is showing online at DOC NYC through November 28, 2021.

Alvarez and the team behind InHospitable set out to explore the role hospitals play in the U.S. healthcare system and wound up finding a David and Goliath story in which underdog patients use their collective voices to create a grassroots movement.

Beth McCracken was one of the patients at risk of losing access to her doctors at UPMC if they didn’t sign a new agreement with Highmark. A patient with rare cancer being treated at UPMC, McCracken couldn’t afford to switch insurance and feared for her health without her UPMC specialists.

“My fight to maintain my healthcare has robbed me of the strength to care for my health,” McCracken says in the film. “I don’t want to say on my deathbed, ‘Crap, I’m dying because they wouldn’t let me see the doctor.’”

The film shines a light on a dirty little secret of the healthcare industry: that nonprofit hospitals often hold monopolistic power and employ business practices that seek to maximize profits rather than community benefits.

And many nonprofit hospitals are wildly successful in maximizing profits. In 2020, UPMC earned $23 billion in revenue and $836 million in operating profit.

Without shareholders to return those profits to, nonprofit hospitals instead pour money into buildings, patient amenities, and the latest equipment—not to mention executive salaries.

“Does the patient really benefit as much from the million-dollar piece of art and the marble floors as they would from not being stuck with a $100,000 bill that was marked up by 250%?” asks Dr. Pat Basu, president and CEO of Cancer Treatment Centers of America. “I think if you gave patients those choices, they would choose the latter.”

The film highlights that few politicians are willing to hold these organizations accountable for failing to adequately compensate the community for their nonprofit status. Hospitals are often beloved for the life-saving care they provide. They also tend to be the largest employers in a community—and large political donors.

According to the film, 50% of UPMC workers are in medical debt to their employer, who is also their healthcare provider and their health insurer.

That’s just one of many wrinkles of U.S. healthcare that the filmmakers explore.

“We, as a country, have decided that we are going to have corporations be in charge of our health and our healthcare,” Alvarez said. “How do we ensure that the folks who are running these hospitals and looking at their bottom lines and trying to save every penny they can and making as much money as they can—because they’re running a business—how do we balance that with making sure that their main goal is to help patients and take care of patients?”

The film’s website offers policy ideas that help answer Alvarez’s question, along with resources for consumers to educate themselves about the community benefits provided by their own local hospitals.

Alvarez says the Antitrust Subcommittees of the U.S. House and Senate screened the movie, which may help policymakers better understand the impact on patients of hospital consolidation. She says Congress could also allocate more enforcement resources to the Federal Trade Commission, which enforces antitrust rules, and the IRS, which oversees the rules governing nonprofit organizations.

But Congress won’t give regulatory agencies more money unless they hear from constituents about how these issues affect them directly.

In the film, Rosenthal encourages consumers to speak up about their needs.

“I want people to rebel because this is your and my tax dollars not at work,” Rosenthal says. “Everyone needs to vote their healthcare and we do need a patient movement.”

With her husband’s life on the line, Vicki Arnett heeded that call.

“A lot of times, people sit in silence…and say ‘Well, somebody needs to do this,’” she says. “Well, who’s the somebody? If we don’t stand up and start being that somebody for everybody, we’ll never grow as a state and then our state representatives will never know what’s truly happening in their own neighborhoods.”