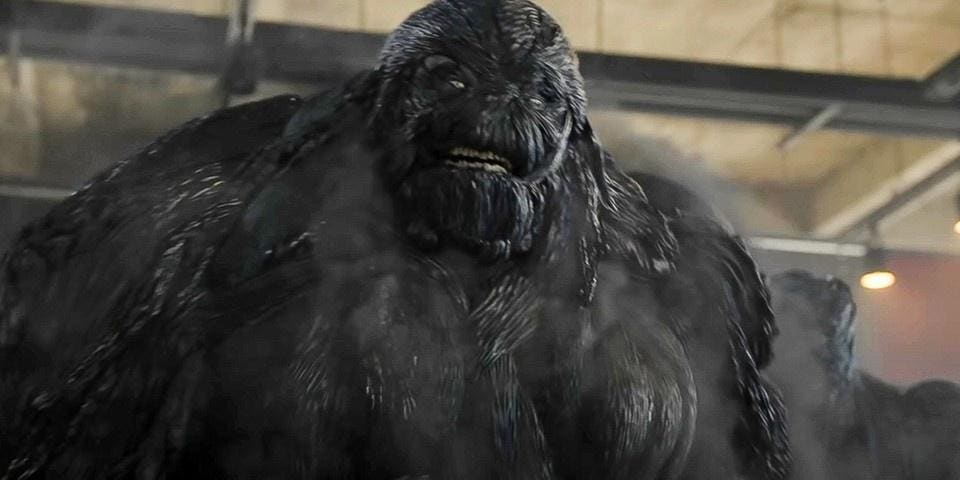 Without explanation, three hulking, gorilla-like creatures materialize out of thin air, and proceed to beat the absolute stuffing out of a man, before finally enveloping him with blinding white light that incinerates his battered body into a crumbling heap of charcoal.

It’s ridiculously over the top, with a element of dark humor, and sets the stage for the big question that hangs over the series – what just happened, and why?

Episode by episode, Hellbound reveals that those monsters, known as demons, are foreshadowed by a divine messenger, an “angel,” an ethereal, floating face that informs the chosen victims when they are due a visit from the demonic trio, and that they are destined for Hell. Intriguingly, the series never explains anything; the viewer knows as little as the characters do.

The ambiguity isn’t some vapid “mystery box” nonsense, designed to tempt the audience to stay till the closing credits (thanks J.J. Abrams), but an essential part of the story, which explores the nature of belief. Hellbound understands that in the absence of meaning, people seek a narrative; inevitably, organized religion is the first to seize the opportunity for control.

And to be fair, an angelic messenger who speaks of Hell is right up the church’s alley; hence, a church called the New Truth claims to understand the phenomenon, pushing the notion that the victims are sinners, and must deserve their fate.

Interestingly, the angels never actually mention sin, and the victims seem chosen almost at random. However, that doesn’t stop those who receive the message from being doxxed and attacked by puritanical religious fanatics.

There’s opportunities for those who can find a pattern in the chaos, or at least, claim to; the doctrine of the New Truth even inspires a QAnon-like group of violent radicals called the Arrowhead, led by a screeching internet personality who makes Alex Jones look like a soft-spoken introvert.

Phones and live-streaming are vital to this story, as propaganda pumps through the web, occasionally interrupted by shaky cellphone footage that threatens to disrupt the dominant narrative.

This isn’t a story of a single individual, but of the collective response to trauma, confusion, and the existential dread of an otherworldly threat; as such, the series jumps through time, and skipping through several different characters.

The final few episodes focus on the angel’s most disturbing prophecy thus far – a newborn baby, destined for Hell, sparking a deeply cynical response from opportunistic reactionaries; of course, the New Truth doesn’t care about being right, but about being perceived as right.

Hence, the existence of a “sinner” who isn’t old enough to even understand the concept of sin threatens to tear a gaping hole in their narrative. During a damage control meeting, the church decides that embracing the concept of original sin might be the only way to save face.

The parents soon struggle to save their baby, not only from the incoming demons, but the religious zealots who view the baby’s fate as a deeply inconvenient truth. The finale is both brutal, and strangely hopeful; it looks as though the trio of demons aren’t quite as infallible as one would expect.

By focusing not on the mythology behind the monsters, but the human reaction to their violence, Hellbound tells a story of belief, emphasizing the power of narrative, and the difficulty of keeping it under control in the internet age.