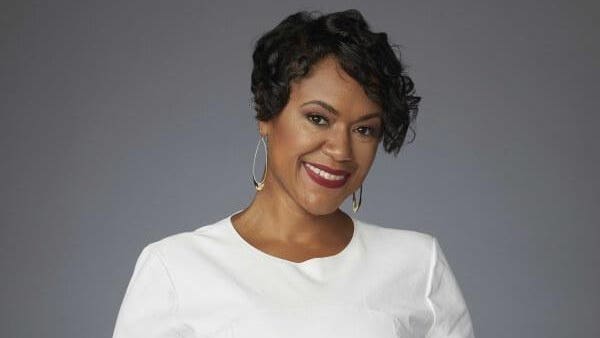 When Tiffany Cross joined MSNBC to host The Cross Connection with Tiffany Cross, she could not have done so at a better time. The show first aired on December 12, 2020, when the world was still very much in the throes of the pandemic, and racial and political tension in the country were almost reminiscent of the Jim Crow south. Today at 10 am ET, Cross commemorates the first anniversary of her wildly popular news show and celebrates her continued commitment to giving voice to those who have been silenced. But before doing so, she recently sat down with Forbes to reflect on some of the experiences and challenges she faced as a Black woman navigating a predominately white male space — an undertaking that is no easy feat. Especially for a woman of color, like Tiffany, who remains unwilling to whitewash discussions related to racial inequities and white supremacy in America.

Some might say it was inevitable for Tiffany Cross to eventually host her own show on a major cable news network. After all, she has intentionally positioned herself as an irrefutable and unapologetic voice of truth. The acclaimed journalist points to Oprah Winfrey, Gwen Ifill, and Murphy Brown — a television character played by Candice Bergman, who was a groundbreaking investigative journalist and news anchor — as her inspiration to become a journalist. As Cross approached the decision to pursue a career in the field, she realized the immense responsibility journalists have to defend and uphold the pillars of democracy and help ensure that the public is informed. Cross also quickly realized that despite the road that her role models had paved, much of the peer reporting that served as the gold standard of journalism was centered around whiteness and conceptualized primarily through the lens of white men. This realization proved to be the source of many challenges that she faced throughout her career.

Cross’ rise in journalism was not overnight and was far from a cakewalk. Over the years, she experienced several substantive obstacles and says, “challenges in the newsroom for Black women are plentiful and still exist today.” Before entering television, Cross founded a news platform that examined the intersection of politics, policy, and people of color. During this time, she experienced numerous challenges, including gaining the funding needed to launch the platform despite the tremendous work she had put forth. This experience was especially difficult for Tiffany as she watched her white peers, who accomplished a fraction of what she had, being offered opportunities that were not provided to her. Cross later became a contributor during the beginning of the Trump news cycle.

She was considered controversial because she had grown weary of journalists whitewashing and sugar coating many of the glaring issues surrounding the administrations’ perpetuation of racism and white supremacist culture in the country. While speaking with Forbes, she recalled hearing euphemisms such as “racial overtones” or racially divisive rhetoric harmful to people of color described as language that “some people might find offensive” instead of denouncing racist language altogether.

“I wanted to call a thing a thing and to have enough respect for the viewers and the people watching to call out the truth. Even though I sat there as one, I stood on the set for millions of people who have felt invisible for so long,” Cross reflects. “It was unfortunate that some people found the language I was using to be inflammatory or felt like some of my comments made people uncomfortable. But honestly, I did not care about discomfort. I was comfortable making people uncomfortable, and I challenge those who felt discomfort to ask themselves why. Why does it make you feel uncomfortable to call out something so blatantly obvious to millions of people across the country?”

Cross also faced personal challenges that most white journalists do not have to consider, such as hair and make-up – two things that might seem insignificant but are critical for journalists. Although many newsrooms across the country have grown in racial and cultural diversity, those responsible for preparing journalists to go on air had not changed much when Cross was a contributor. Adding insult to injury, she was often encouraged not to speak out about her experiences.

“Even basic things like walking into hair and make-up and having someone look at you with sheer fright because they have no idea how to handle your hair or how to do your make-up. Unfortunately, people see you before they hear you in this industry. Yet, how dare I even question the make-up experiences I was having,” Cross says.

She went on to say, “I wasn’t getting paid to go on TV. I was lending my voice, intellectual property, and perspective to go on multiple networks for free. But people felt like I should be grateful that they were letting my little brown face on TV, and I never saw it that way. I felt like I provided a value, and the basic respect I asked for in exchange for the value I provided was to make me look good — the same way they did for their other guests.”

Despite the challenges that Tiffany Cross endured, she has remained resilient and has become known for her dynamic powerhouse personality and thought-provoking perspectives. But Cross shared she did not always embody the confidence that she now has. She used to wrestle with self-doubt and did not have the privilege of mentorship and guidance in the same way some of her white peers did.

“We come to this world with such big dreams and a very idealistic outlook on what we can be, and then the world interrupts us. Time and time again, I was interrupted. I had my dreams stepped on. I think there’s a misnomer about imposter syndrome. There’s no such thing as imposter syndrome. Somebody saw you and placed limits on what you’re capable of and what you can do,” Cross shares. “When I started my career at CNN years ago, I came in with the same talent and ability as some of my colleagues. But I noticed that many of my superiors, none of whom looked like me, saw themselves in my colleagues. But for me, they only saw where I was. They did not see themselves. So, there was never a godfather to help clear my path,”

Not being someone to give up, Cross redefined the meaning of making lemonade out of lemons and has used the challenges she faced to build her confidence and an unrelating belief in herself and her power.

“My confidence was born out of anger, a righteous outrage, and time spent on this earth declaring myself worthy of occupying whatever space or room I walked into. Not only do I deserve a seat at the table, but I can build the table if I need to and sit at its head because I have learned how to do so. I know what I’ve learned and accomplished in life, and I’m still on a journey. I’m not saying I don’t have moments of panic and insecurity, but I constantly remind myself that I deserve to be here.”

Although Cross can recall numerous occasions when she walked into a spaces and felt unwelcome, she has weathered the storm and still stands as a prominent voice in journalism and feels optimistic about some of the changes in diversity that she has witnessed in the profession. Despite the work, she still feels needs to be done, celebrating the first anniversary of her show has made her decision to power through those obstacles even sweeter. On The Cross Connection, Cross has highlighted the voices of prominent multicultural leaders such as Dr. Jason Johnson, a professor of Politics and Journalism at Morgan State University, fellow MSNBC host Joy Reid, contributing writer for The ATLANTIC, and the host of the “Jemele Hill is Unbothered,” podcast, Jemele Hill, and Texas congressman Joaquin Castro.

“I feel very blessed and privileged to talk to at least a million people every Saturday. It’s always a risk. When you go out there and declare this is my perspective, and here is the intellectual exchange that will unapologetically center the rising majority of the country, you’re always nervous. You wonder if people will like you and if the masses will come. Well, they did,” Cross reflects.

Cross also shared how meaningful it has been for her to receive feedback from viewers from various backgrounds who have thanked her for lending her voice — thereby lifting theirs.

“It’s been great having such a positive reception and hearing from people who appreciate me holding the line and reflecting their outrage. That was my goal. So, to have people affirm that I have reached my goal – and do so every day — is tremendous. If I talk about it too long, I will tear up. I take the responsibility very seriously, and I feel so humbled to be able to do it every day,” Cross shares. “I just got here, but I am already thinking about what this looks like a year or ten years from now. I never rest on my laurels, and I think about the people who have come before me, and there’s still work to do. This is not about building my brand. This is about building community and reimagining a country that lives up to its promises and using my skills and abilities to accomplish that goal.”

Indeed, Tiffany Cross is correct. There is still work that needs to be done, and she is frequently reminded not only by the positive feedback that she receives but also the inequitable critiques she sometimes receives from critics. Cross has been described as “harsh” for her commentary, while her white colleagues have been revered and celebrated after sharing similar perspectives. Cross says these experiences confirm that “society is still not ready to see Black women enjoy the same privilege as our white counterparts.” Because of this, she also cautions Black women working in predominantly white spaces to let go of the fear of being perceived as the “angry Black woman” and other harmful self-limiting negative racist tropes.

“I had to let that fear go. Society has to catch up with me. I don’t have to digress to society’s expectations. So, I don’t care about negative tropes about Black women. My only advice to Black women who might fear fulfilling a negative racist trope is to stop worrying about it,” Cross says emphatically.

The journalism veteran also encourages Black women and all women of color working in primarily white spaces to build allies in their workspace and to help open doors for members from marginalized groups. She credits NBCUniversal News Group’s current Chairman, Cesar Conde, for his influence on her work and his 50% Challenge Initiative, which aspires for the News Group to be 50% women and 50% people of color.

“What Cesar Conde is doing means so much. Smaller individual HR initiatives are great, but it’s powerful when the cultural shift comes from the top — someone who believes in and is unapologetic about promoting diversity. I think there’s strength in numbers. When you look to your left and your right, you see someone who looks like you, and you see someone who does not look like you, but you are all locked arm and arm, trying to create the change you want to see. It benefits everybody. I hope other women of color are finding those spaces, and if they aren’t, I hope they are creating them.”