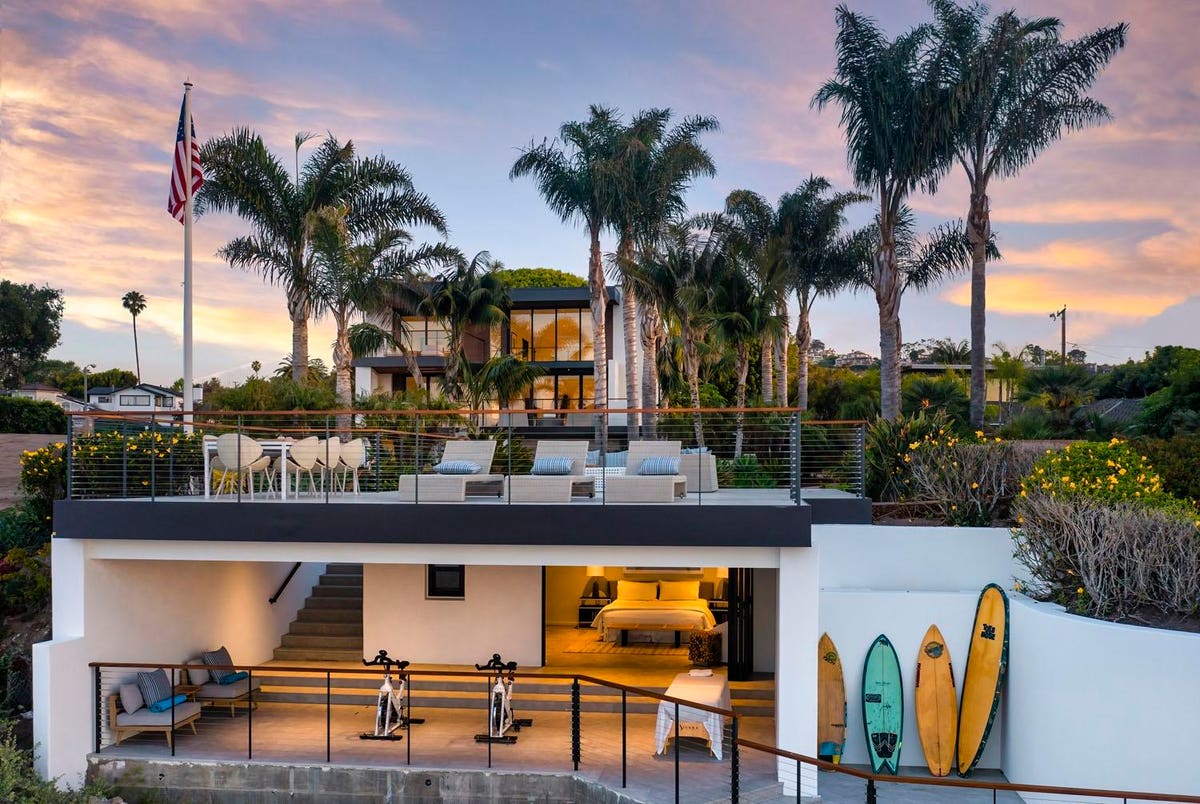 Those who say it is more difficult to choose between two rights than two wrongs are correct—just look at the real estate market of Santa Barbara. The dramatic landscape of beaches, bluffs and hills stretches across the central coastal city, and impressive properties line many of its sought-after streets, making the decision of choosing one over the other a challenging task.

Thankfully, a few key differences can help make the decision a little easier. Dina Landi, a managing partner for Riskin Partners Estates Group of Village Properties, says that regardless of which seaside enclave you choose, you’re sure to find one common amenity: bliss.

“Wherever you end up, you’re sure to find a general happiness throughout Santa Barbara,” says Landi. “And it becomes contagious. You won’t help but feel happy, too.”

To get a better feel for Santa Barbara’s many beautiful pockets, I asked Landi to share some of the coastal area’s most popular locations for real estate. Read on to find out what sets these exclusive neighborhoods apart:

Located on an elevated seat directly above the sea, the Mesa comprises East, West and Alta Mesa, stretching from roughly the Pacific Coast Highway to the sea. The area encompasses roughly four miles of south-facing coast as well as a number of parks including the Arroyo Burro Beach County Park and Shoreline Park. “The neighborhood has beautiful beaches, it has parks and hiking trails and it’s all right by Downtown. It has a little bit of everything you could want living in Santa Barbara,” says Landi.

Much of the neighborhood’s energetic, yet casual character derives from the streets of post-war, tract-style homes that overlook the sea. Other popular seaside styles like shingled cottages, single-family, Mediterranean homes and modern beach mansions are other options often found on the market.

With a wide variety of housing options, the Mesa attracts homeowners in all stages of life, from college students attending Santa Barbara City College to young professionals to retirees looking to remain active.

Reminiscent of the southern coast of France, this perched neighborhood rests at the hills just north of Downtown Santa Barbara. With a backdrop of the Santa Ynez Mountains and boasting some of the most scenic ocean vistas along the California coast, the Riviera is a market dependent on views.

North and south-facing homes on the area’s upper section make up the most desirable properties while listings with obstructed views come in at more affordable rates. In addition, higher positioned properties are also awarded larger lots and less density than those found in the lower section.

Across all elevations, the area is known for well-attended to homes, including a number of 20th-century Italian and Spanish-style abodes, complete with stone terraces and sometimes pools. While the neighborhood is up in the hills, the art and culture of downtown are a short distance away.

Though not an official neighborhood of Santa Barbara but rather an unincorporated town, Montecito is sometimes indistinguishable from and often associated with the city to the west. No significant physical boundaries separate the two; instead, the shift from Santa Barbara to Montecito is based more on prestige.

Known for its concentration of celebrity homeowners, including Oprah, Jeff Bridges, Rob Lowe and Katy Perry, to name a few, this affluent seaside community is home to some of the most expensive and sought-after real estate in the world. That being said, Montecito is far more low-key than its famous residents and high price tags might imply.

Much of the area’s draw is due to the serenity afforded by seclusion and lack of commercial activity. Pair that with stunning ocean views and stylish homes all in a Mediterranean climate and you start to understand why people pay a pretty penny to live there. According to the latest Santa Barbara Area Market Report from Village Properties, the average sales price in June was an eye-popping $7,170,519, an average trumped only by Hope Ranch.

Like Montecito, Hope Ranch is not a part of Santa Barbara proper; however, the lines are easier to distinguish thanks to metal arches that mark the entrance to this private community. True to its name, Hope Ranch has a more rural feel than Santa Barbara and is known for its dedicated equestrian community—the neighborhood features more than 30 miles of dedicated horse trails.

As with many of Santa Barbara’s communities, privacy reigns king, and it’s no different in Hope Ranch. The community, monitored by local patrol, has only three public roads throughout its roughly 1,800-acre footprint. But while exclusivity may be a characteristic of the Santa Barbara suburb, a strong sense of community is found at gathering centers and events, particularly at the neighborhood’s private beach.

“Access to the private beach is really what makes Hope Ranch special,” says Landi. “In the summertime, there’s a snack shack and a lifeguard on duty and events put on by the homeowner association.” In addition, other resident amenities include a member’s only golf club, tennis courts and picnic grounds.

Village Properties is an exclusive member of Forbes Global Properties, a consumer marketplace and membership network of elite brokerages selling the world’s most luxurious homes.