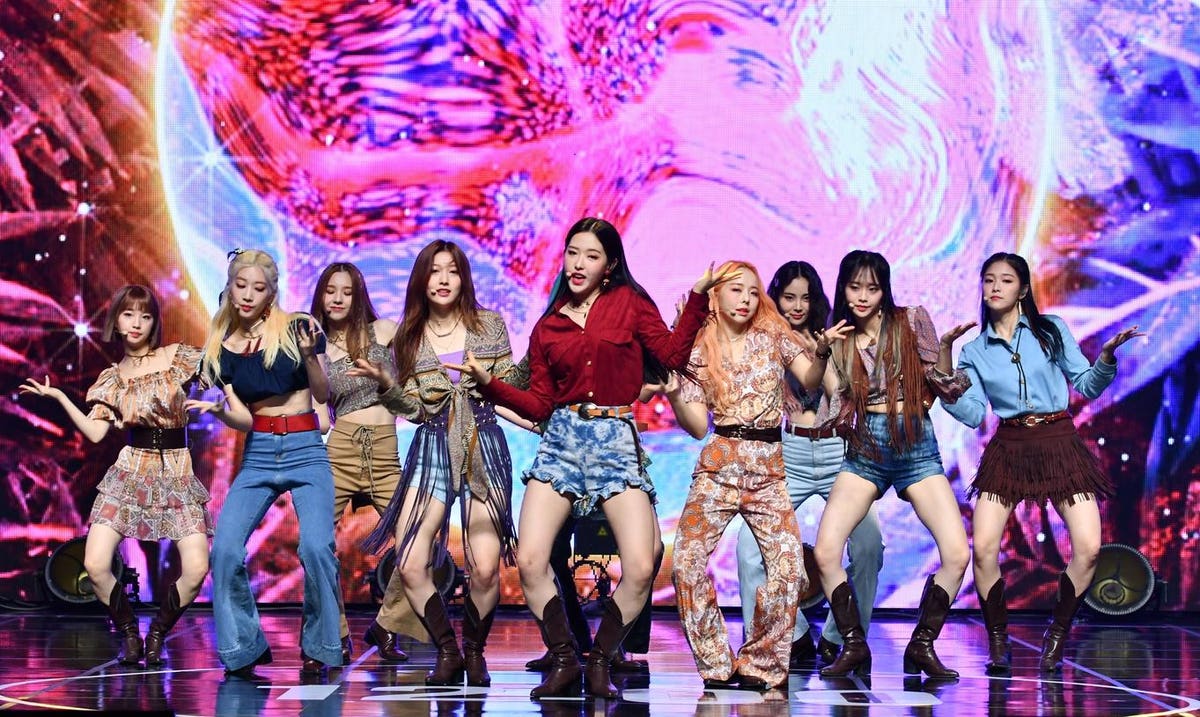 In 2021, Twice debuted their single “The Feels” on the Hot 100, becoming just the third K-pop girl group to appear anywhere on the ranking of the most-consumed songs in the U.S. Slowly, more and more South Korean acts are reaching the list, and there are several all-female vocal troupes that are incredibly popular and immensely talented, and any of them could become the fourth to find their way into the top 100.

Here are four K-pop girl groups who could chart their first hit on the Hot 100 sometime very soon.

Back in February of 2021, Loona made history when their single “Star” first appeared on the Pop Airplay chart. Billboard’s weekly ranking of the tunes that are heard by the largest audience at pop radio stations in the U.S. is notoriously difficult to break onto, as there is always intense competition. The South Korean girl group’s hit made them just the second all-female act from the Asian nation to place, and it showed that they are quickly becoming a name to watch in America. “Star” didn’t reach the Hot 100, but who’s to say their next smash won’t?

They may be just getting started in the United States, but Itzy has already landed more than one hit in Canada. The band has placed two singles on the Canadian Hot 100, and they stand out as one of a very few South Korean musical acts to appear on that ranking more than once. They reached a new high on the Billboard 200 albums list in the U.S. in 2021, as their full-length Guess Who missed out on the top 10 by one space. Things are heating up for Itzy, and they might have a song coming to the American Hot 100 soon.

MORE FROM FORBESBTS, NCT 127 And Tomorrow X Together: K-Pop Helped CD Sales Rebound In America In 2021By Hugh McIntyre

Aespa has only been around for a little over a year, but in that short period of time, they have shown that they are one of the most exciting, talented and instantly successful new acts in the K-pop space. Their debut EP Savage peaked at No. 20 on the Billboard 200, an incredible placement for a name just getting started. Considering the fact that more and more South Korean bands are landing wins in the U.S., they may soon receive a huge promotional push in America. There’s potentially enough momentum behind them to send an upcoming release right to the Hot 100.

After a years-long break, Red Velvet returned in 2021 with an EP titled Queendom, and fans of the girl group freaked out over the release. Even before that title arrived, the band had enjoyed some commercial success in Western markets, even reaching the Canadian Hot 100 way back in 2018. At the time, they made history and proved themselves to be pioneers with their single “Bad Boy,” so it’s clear they have a following in this part of the world. Should they continue to share more music in the coming year or two, a Hot 100 smash in America isn’t out of the question.

MORE FROM FORBESSuga, Loona, TXT And Lisa: 2021 Was Huge For K-Pop Acts Hitting The Pop Chart For The First TimeBy Hugh McIntyre