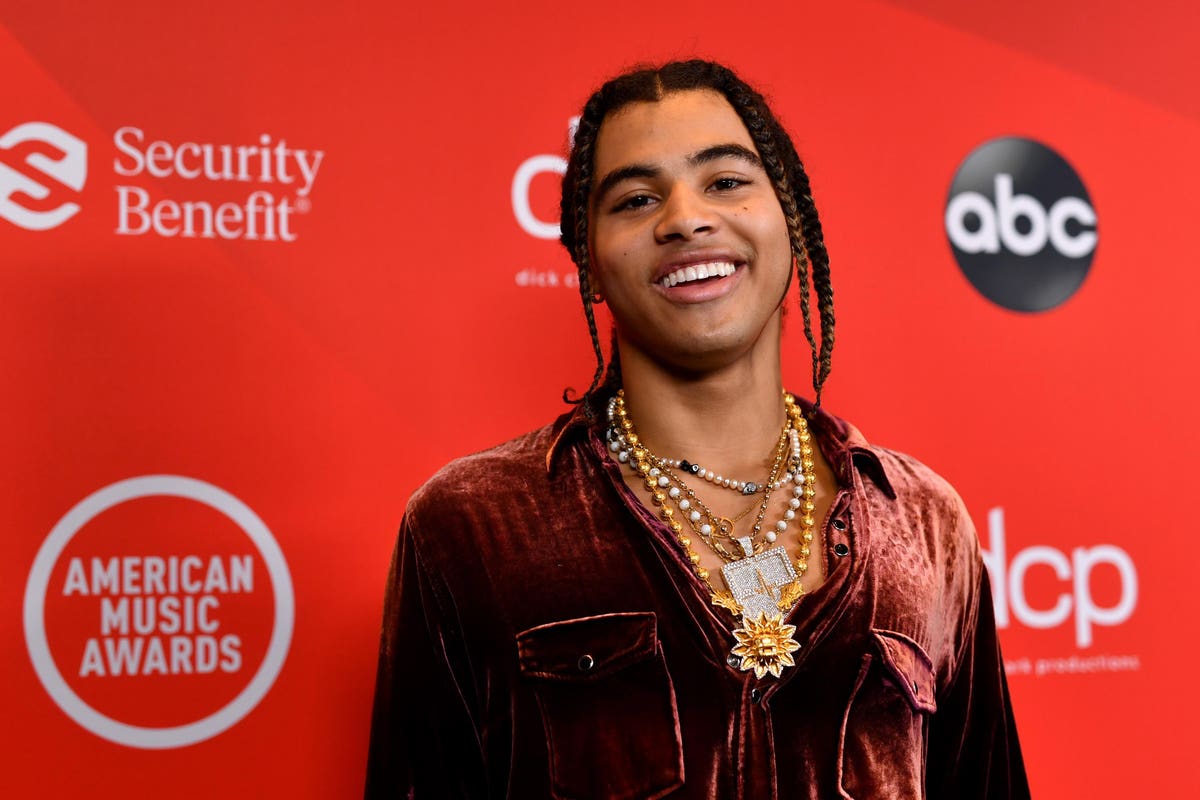 The hip-hop artist, 24kGoldn, rose to fame with his single, “Valentino” in 2020. He followed that up with his monster hit, “Mood” which topped the Billboard Hot 100. Part of his success was due to the song’s popularity on TikTok. He is very active on social media and has over ten million followers on all platforms.

He has used his newfound popularity for good, choosing to give back to the community that he grew up in.

“I teamed up with Project Level, which is a youth program in San Francisco that I went to. And we did two events. So many corporations and sports teams donated. I put some of my own money into it to make sure that every kid could get shoes. They got shoes, Volcom backpacks, socks and Starface skincare. We auctioned off some legendary Warriors stuff, like a Steph Curry signed ball. Looking at those kids, and how happy they left, that just warms your heart,” said 24kGoldn.

He chose to take a different approach to charity.

He said, “I’m a huge sneaker head, so I know how much confidence I had when I walked into school with a new, fresh pair of shoes. Having a new, fresh, clean pair of shoes can make the difference between dreading starting school and being excited about starting school. I know there are a lot of programs that give away school supplies and backpacks and stuff like that, so I wanted to take it from a different angle. To be honest, no kid is going to be like, ‘Oh my God, I got a pencil and an eraser! This is sick!’ They don’t give a f—- about that s—-. They want the drip, the swag. So, I was like, ‘The other people got the necessities down. Let me give them the things that they want.’”

In addition to being a successful artist and philanthropist, 24kGoldn is a savvy investor. He applies the same energy and confidence to investing, as he does to his music.

He said, “I love being an artist. But you’re not going to become a billionaire just off of music alone. And I’m trying to make sure my kid’s, kid’s, kid’s kids are good.”

In addition to traditional investments, he is also involved in startups. It is a growing trend among artists and creators. Five years ago, they were shunned by the venture capital community. Now, they are now welcomed with open arms.

Two startups that he has invested in are Poppi and Starface.

“Poppi is this prebiotic soda that is only five calories. It tastes like good soda and is good for your gut health too. And it’s just been flying off the shelves. It’s at Whole Foods, Trader Joe’s, Target and all of these places. I got in really early and now they’re like 20x and looking into the next round. So, I’m excited about that.” said 24kGoldn.

He continued, “And there’s Starface, the skin care company. They make these little stickers that you put on your face, for pimples, but it’s a star. So, it looks kind of cool and not overly medical. So, those are the two investments that I’m most excited about right now.”

In a short time, 24kGoldn has found success in music, investing and philanthropy.

Who knows what he’ll try next?