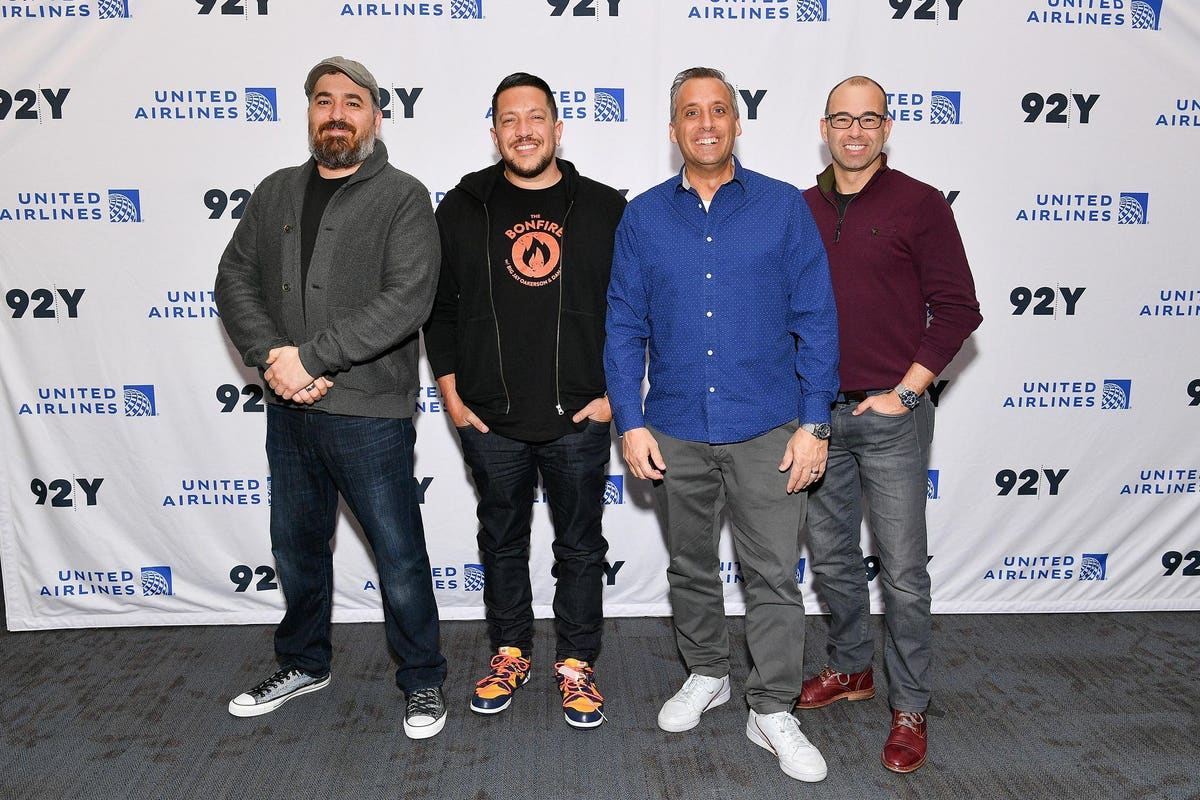 Just minutes into the new year and Joe Gatto, one of the four comedians featured on Impractical Jokers, has announced his departure on Instagram from the truTV staple.

“Sorry in advance for the long and more-serious-than-usual note below, I just wanted to let you all know that I will no longer be involved with Impractical Jokers,” he wrote. “Alongside my friends, I’ve devoted a decade of my life to building this franchise and couldn’t be prouder of what has been accomplished. However, due to some issues in my personal life, I have to step away. Bessy and I have decided to amicably part ways, so now I need to focus on being the best father and co-parent to our two incredible kids.”

Debuting on December 2011, Impractical Jokers is the signature series in truTV’s transition from crime-themed programming to comedy-based reality series. The half-hour, which has nine seasons (and over 200 episodes) under its belt, features the comedic antics of Gatto, James “Murr” Murray, Brian “Q” Quinn, and Sal Vulcano, four friends from Staten Island, New York who formed the live improv and sketch comedy troupe The Tenderloins in 1999.

Often compared to earlier hit prank shows such as Candid Camera and Jackass, the quartet’s often hilarious reactions to the pranks is what sets it apart. A live comedy tour featuring The Tenderloins and footage from Impractical Jokers has been an added incentive for fans. There have also been four spin-off series to-date: Jokers Wild in 2014, which was canceled after four episodes; Impractical Jokers: Inside Jokes, which features behind-the-scenes stories and facts directly from the comedians; talk show Impractical Jokers: After Party, hosted by Joey Fatone; and Impractical Jokers: Dinner Party, which is in response to COVID-19 and features the Jokers doing a video group chat while eating dinner and having guests visit one or more participants.

Gatto, Murray, Quinn and Vulcano also appear on truTV game show The Misery Index, which is hosted by Jameela Jamil and premiered in 2019.

“Outside of my family, my relationships with Murr, Q and Sal have been the most important in my life,” added Gatto on Instagram. “I know they will continue to make the world laugh. And even though the four of us are the ones who you all see, this show is only possible due to the hard work of the talented crew members who work behind the scenes. I am very thankful to have worked with each and every one of them.”

In February 2021, WarnerMedia signed a first-look deal with the quartet, which includes a 10th season renewal for Impractical Jokers and the future development and production of original unscripted and scripted programming for truTV, TNT, TBS and HBO Max.

The rest of the members shared a statement saying that Impractical Jokers will keep going without Gatto, without production slated to begin for the new season in January.