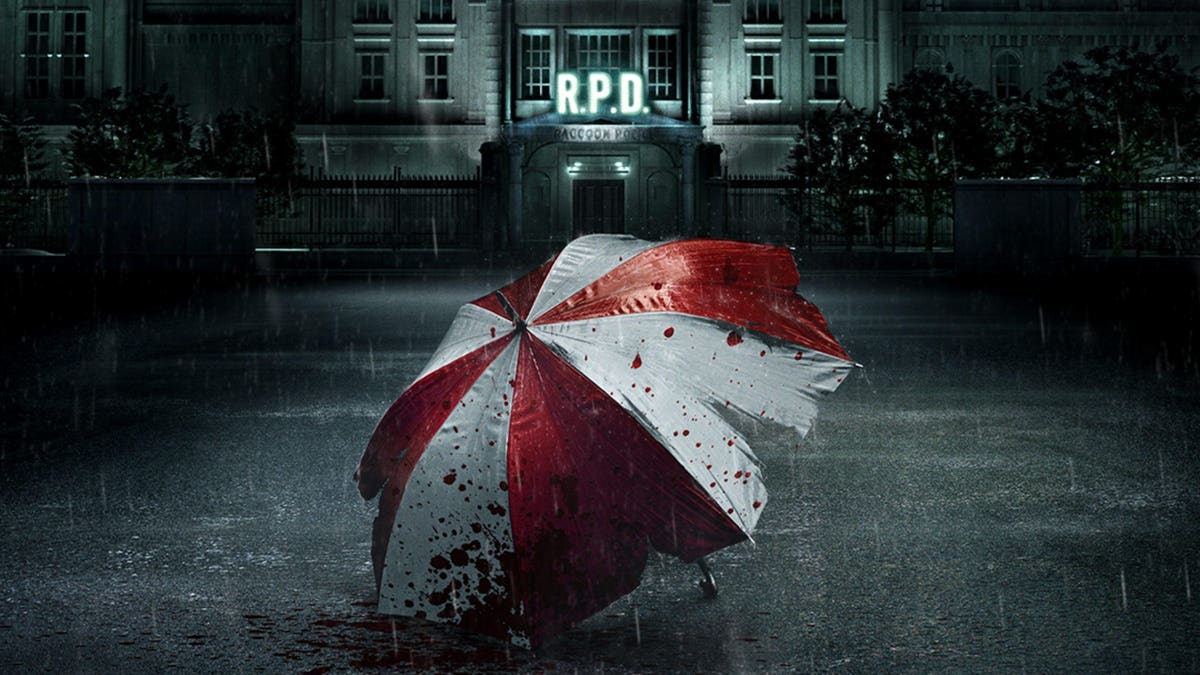 The original six-film Resident Evil franchise grossed over $1.23 billion at the worldwide box office. The critic-proof one-time highest-grossing film series based on a video game is getting rebooted by writer-director Johannes Roberts.

Resident Evil: Welcome to Raccoon City is an origin story with an ensemble cast including Kaya Scodelario, Robbie Amell, Hannah John-Kamen, Neal McDonough, and Donal Logue. The adaptation explores the secrets of the iconic Spencer Mansion, and Raccoon City made famous in the wildly successful video games.

I caught up with Roberts to discuss what influenced the film beyond the source material and where he wants to take the sequels.

Simon Thompson: You’ve talked about liking the look and the feel of the second Resident Evil game and how it was your jumping-off point. Was that because it gave you more ideas than the first or subsequent games?

Johannes Roberts: What I did was take the first and second game and use elements of both. I knew that the mansion from the first game and the police station from the second game was so important to this movie, and then we talked about how we were going to combine them. As I was writing this, putting everything together, and going into pre-production, they rebooted the second game. The original second game was so phenomenally good, but the new version blew me away. It’s the most cinematic game I’ve ever played up until that point, and it really changed my whole opinion of things. I thought it was as much of a landmark game as the first game was when it came out 25 years ago. Because of that, it very much became a cornerstone of how I was going to tell this story, the atmosphere, the look, and the main beats because I was just so obsessed with it.

Thompson: You chose to set Resident Evil: Welcome to Raccoon City in 1998, and you embraced the 90s feel. The aesthetic was very similar to the kind of video game and comic book movies coming out around that time and, of course, the music.

Roberts: That’s another example of us going back to the game because there are a couple of iconic Resident Evil dates. The exact date in this movie is the day before Raccoon City gets destroyed in Resident Evil lore. We’re telling a story that was very much about this dying town. As an Englishman in America, I’m obsessed with Americana and the Rust Belt effectively dying, sort of like this kind of Deer Hunter-style world. That period is really interesting because it’s the end of analog and the beginning of digital. It’s this crossover period where the internet had just started to take off, and it just felt like a perfect moment for this story to unfold, set against this dying company town. As you say, it also allowed me to use some great music in exciting and fun ways.

Thompson: Obviously, it’s based on the video game which is set in the US, but it also reminded me very much of kind of my experience growing up in the UK in the 80s and 90s and the decline of industrial towns in the north of England, South Wales, and places like that.

Roberts: I grew up in the UK in the period, living through the 80s. It’s a time that is in our DNA. I think a lot of it is that when I was writing this, it was peak Trump time. It was just before the pandemic; the world felt very unsettled, and I think that bled into the screenplay. I felt like the decline of many things around us, and I think that fed into that. I’m not a particularly political person, but there was also Brexit going on too. It was a very unsettling time, and it still is. You and I grew up with Thatcher and the end of many industries and things shutting down. As someone from the UK at that time, that’s part of you.

Thompson: We’ve discussed you being influenced by the look and feel of the games. Because the franchise has evolved, and this very much does set out a new universe, would you envisage the look and feel of future movies mirroring and changing with each film to match the corresponding game?

Roberts: That’s very interesting. The rain-drenched, dark, creepy atmosphere of the second game is stamped on to this movie. I shot this in a very kind of retro, 70s way and using a lot of zoom lenses but not a lot of technology. I wanted to have that conspiracy thriller feel to the movie and to have the cinematic world reflect this dying, dated town. Who knows where we go with it from here. I think there will be certain aspects that are just in my DNA as a film director. I love this old-school filmmaking, and I’m a huge John Carpenter fan. That goes through all my filmmaking. There are definitely considerable nods in this, particularly to the first game, with fixed camera angles and people walking down corridors where you didn’t see them walk down because you were playing with a fixed camera angle. I think that probably wouldn’t go into future installments. I don’t know because I’ve never really looked at it that way, but it’s a great idea. I guess we have to wait and see in terms of where it goes.

Thompson: You use a lot of practical effects in Resident Evil: Welcome to Raccoon City.  You talk about John Carpenter, and elements of this reminded me of everything from The Thing through to Alex Winter and Tom Stern’s Freaked. Some of the effects are almost cartoony when it comes to mutations and grossness. You use a lot of practical effects. Why did you want to go down that route?

Roberts: It’s definitely Carpenter influenced, and I wanted everything to be as practical as humanly possible. There were certain things that I felt needed to be done. For instance, I wanted to feel a human element with the zombies and go quite dark with that. When I wrote this, Chernobyl was on TV, and I was absolutely obsessed with it. I took that as a starting point on the sickness that was taking over this town. The movie naturally moves into ever bigger circles and more preposterous worlds, and I wanted to have fun with that. Neal McDonough, who plays William Birkin, is such an outstanding actor. I tried not to go the whole CGI route when things get crazy, but to use him and use his exuberance for the role to anchor that and then have all this gross popping and eyeballs and everything like that. I’m a nerd, so I was having fun with that kind of world of it. There’s always a period in a movie where you take the scare, the tension, and the mystery to a certain level, and then there’s a turning point where you ask, ‘Okay, things are getting big, so what emotion are we going to get from the audience? What are we trying to do here?’ The direction I wanted to go was towards fun. I just wanted people to leave the cinema with big smiles.

Thompson: Neal has some serious prosthetics at one point, and there are working parts in there, so it must have been heavy and a feat to apply. What was the reality of that for him? It can’t have been comfortable.

Roberts: He had to do quite a bit. He had a lot of things strapped to him and tied to him, and different elements had to be animated, and then lens technicians had to put crazy stuff in his eyes. This was also happening during a pandemic. It was tough, but he’s a trooper. Neal is one of those rare actors where you get on set, and he knows everything you want before you know it. He’s worked with Spielberg, so he knows all these elements instinctively. I’d be sitting there watching the performances and on the monitor and think, ‘I wish Neal would turn this way,’ and then without me saying it, he’d just turn and find the angle. He’d do stuff like that because he knows this world so well. I think he was just having the time of his life and really enjoyed it.

Resident Evil: Welcome to Raccoon City is in theaters now.