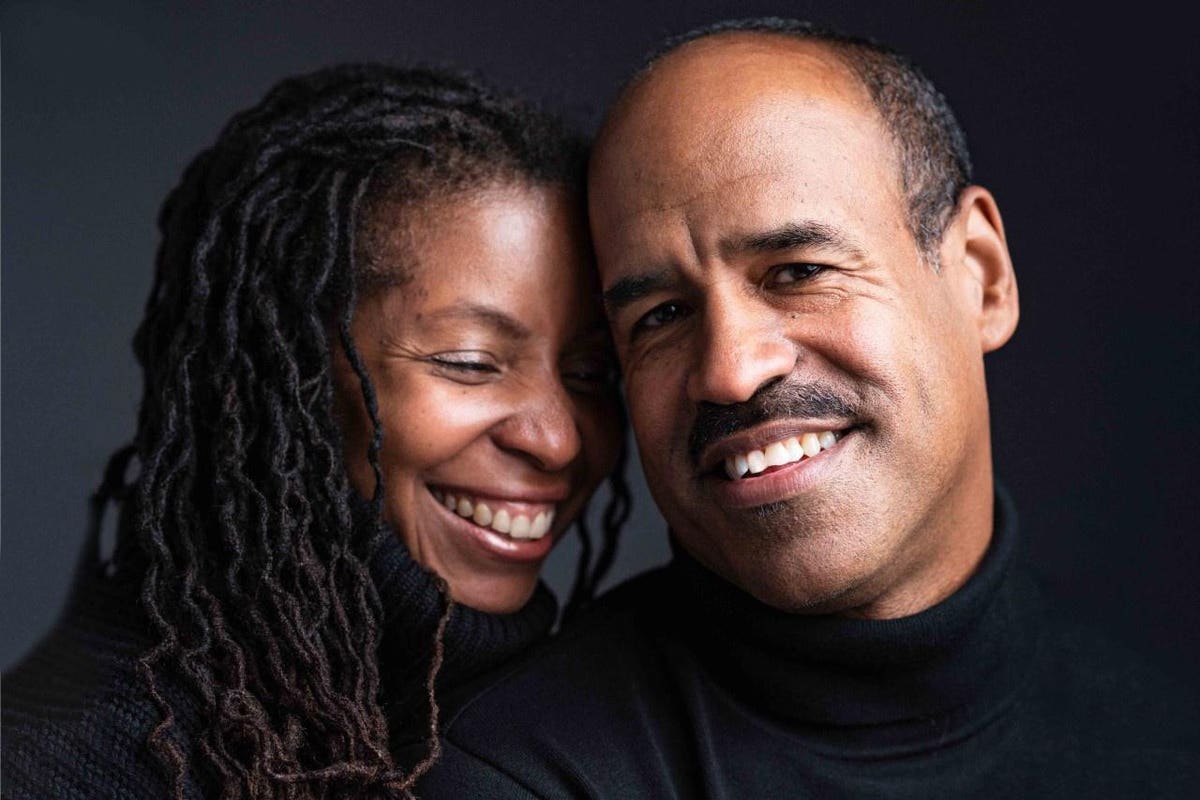 Stephanie Ricci, a journalism student at Concordia University, contributed to this story.

Last year’s surge of worldwide anti-racism protests, led by the Black Lives Matter movement, has dramatically raised the ethical responsibility for anti-racism efforts within the corporate world. Equity, diversity, and inclusion (EDI) are terms becoming more and more common as leaders increasingly push not only for hiring underrepresented groups but also for fostering inclusive workspace cultures.

For Jay Hewlin, CEO of The Hewlin Group (THG), and his spouse and colleague, Dr. Patricia Faison Hewlin, Organizational Behaviour scholar and McGill’s Ombudsperson for Students, improving interpersonal relationships is at the heart of their daily work — whether it is in the workplace or classroom.

“I investigate accusations of discrimination for organizations, but more of my work is organizational development  — helping leaders become better leaders and build better work cultures so that people don’t end up filing a lawsuit for some reason or another,” said Jay Hewlin.

He is the president of THG, which engages a network of lawyers, human resource specialists, and academicians to help companies with the “people side” of their business through research-based training and organizational behaviour development, including EDI training. Such initiatives include identifying unconscious bias and its role in the companies’ organizational practices, in order to support organizational changes that seek to dismantle discriminatory structural practices.

According to Jay and Patricia, effective racial equity within institutions and companies starts by identifying institutional policies and practices that perpetuate systemic inequities. Individual self-awareness regarding behaviors that exclude others is also critical to creating an environment for racial equity.

“There is room for everybody, and we all benefit from working together and appreciating our differences,” said Patricia. “Oftentimes, we’re just afraid. It’s time to let go of that and open up.”

In fact, a 2015 McKinsey & Company report found that corporations that commit to ethnically diverse leadership are more likely to have financial returns above their national industry medians. Yet, a recent study by the National Bureau of Economic Research shows that ethnic job applicants still face racial bias at the early stages of hiring processes in the U.S.

THG was recently hired as organizational development strategists to partner with several Broadway shows, including two of Broadway’s most celebrated musicals, Hamilton and Moulin Rouge!.

“We live in a world of racial reckoning across many industries,” said Patricia. “When it comes to the theatre industry in general, there have been a lot of conversations around backstage versus the front stage where we will see diversity on-stage, but not as much in the back of the stage in terms of producers, hairstylists, makeup artists, crews, those who are building props and carpentry, and so on.”

“Over the last few months, there has been a great deal of positive movement with regard to hiring practices and diversifying the industry,” said Jay. “Organizations such as The Black Theatre Collective have challenged the system and those that control it. The term ‘systemic’ is too often weaponized in an effort to resist DEI efforts. Those who wish to resist DEI efforts argue that identifying something as systemic is paramount to saying that decision-makers are consciously and intentionally discriminating.”

“If you have a project that you want to do, and you’re asked to find someone to do it, you’re going to reach out to people that you know who can do the job,” said Jay. “When those people happen to be within a certain group, or they look like you, then it’s not so much that you are being overtly racist. You’re just contacting people you know, but if the only people you know are not diverse, then you’re going to end up perpetuating a system of hiring and rehiring the same people. That’s systemic and the outcome is that people that don’t look like you are excluded – the same outcome as if it were intentional racism.”

To go beyond solidarity statements and drive impactful actions towards racial equity in the workplace, Patricia suggests that leaders understand definitions of key terms such as race, diversity, equity, and inclusion and how these terms connect to organizational practices. For example, diversity does not equal inclusion in which diverse team members experience a shared sense of belonging.

Jay further stresses the importance of conducting individual research rather than taking the “lazy approach,” as he calls it, by asking people of colour to educate you on racial issues, which does little more than create emotional labour and negative feelings.

“Sometimes people just want to have an intellectual conversation, and the stakes on these issues are just way too high for me to sit and pontificate about something,” he said. “I tell my students often, instead of being conclusory, be curious. Find out what people are actually saying, and why they’re saying it, and what’s the underlying research and the underpinnings of all this because everything can become so politicized that it loses the weight of what is actually trying to be accomplished.”

In order to lead through an effective EDI Lens, leaders need to remain open to learn, evolve, and adapt with their peers. Educating yourself on the history of race and racism rests as the fundamental step towards cultivating an equitable, diverse, and inclusive workplace culture that benefits all.