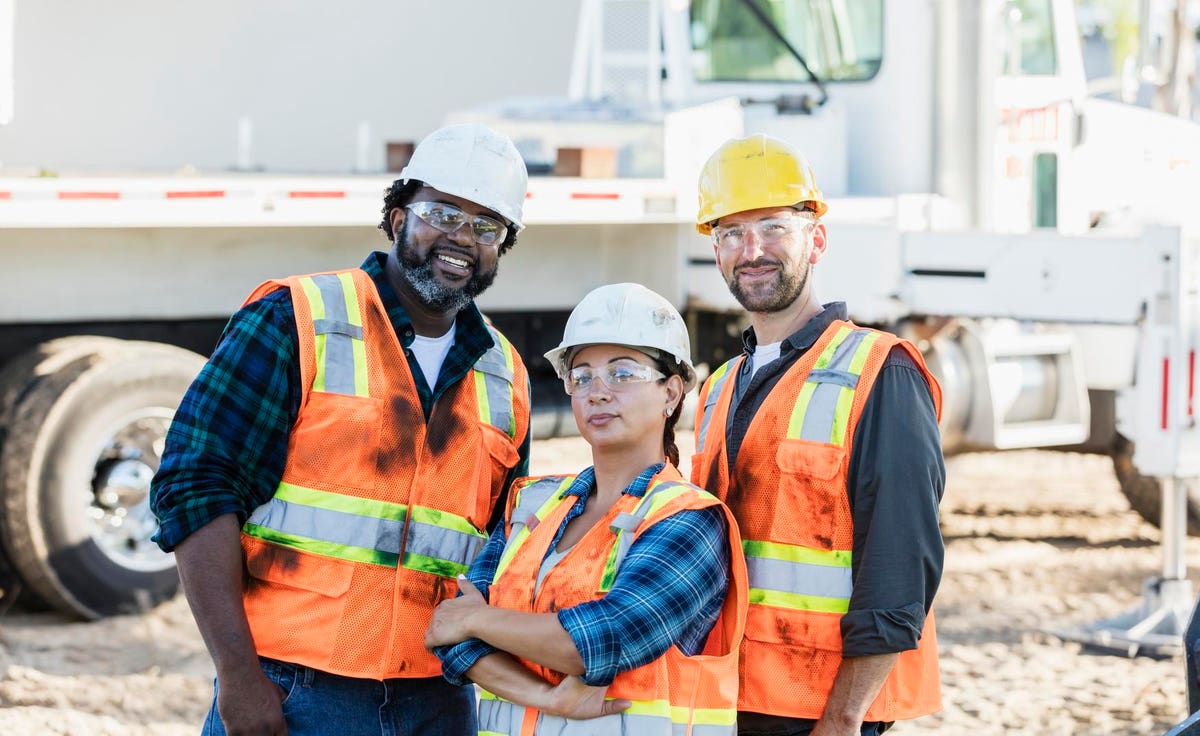 Have you dared to look under some of the nation’s highway overpasses and bridges? You have to wonder just how long rough-cut lumber jury-rigged into place can serve as reinforcement to delay the decay of one of the nation’s greatest achievements – the Interstate Highway System.

You don’t have to lurk under bridges to see the state of the nation’s infrastructure. You can feel the bumpy roads as you drive, walk through airports better suited for the Wright brothers, or ride aging rails. And, of course, given recent storms and rising waters, levees and storm water systems remain invisible until they fail leaving large swatches of land fatally flooded. Today’s infrastructure is even failing to meet basic human needs – clean drinking water – just ask the people of Flint, and more recently, Benton Harbor, Michigan. We can go on….

The solution, of course, is to invest and rebuild. Well, that strategy is not incorrect, but it is incomplete. Even if we have the money – who will do the work?

The bridges, roads, rails, dams, wastewater treatment, electrical grid, and transit systems are not the only infrastructure that is aging. The trades, the people, with the skills to build, maintain, and operate the nation’s infrastructure are also aging. Even if millions, billions, and trillions are spent, there is a major workforce gap that will leave public investment a noble goal but not shovel ready – at least not soon.

Older Gen X’ers and Baby Boomers are the backbone of the construction trades and operators of today’s infrastructure – and they are heading for the door. Yes, you can blame the pandemic that accelerated many to retire earlier than they might have, but demography is destiny. The workforce is simply aging out – 40% of workers in the construction industry are between 45 and 64 years old.

Long before the pandemic, government and industry struggled to find an adequate number of workers to fill the trades necessary to build almost anything from housing to dams to powerplants. According to the US Chamber of Commerce 88% of employers are experiencing moderate-to-high levels of difficulty finding skilled workers – a full 45% report a high level of difficulty.

No, there is not a long line of Millennials and Gen Z waiting for these ‘older workers’ to get out of the way. The trades just don’t seem to attract younger workers. Despite the Millennials being the nation’s largest cohort in today’s workforce (plus many Gen Z’ers already in their 20s and working) they are under-represented in the trades.

Perhaps a better glimpse of the worsening workforce gap is to look at a few key professions that will be required to renew the nation’s infrastructure. Below are the proportion of workers in selected trades over 40 years old as reported by the Bureau of Labor Statistics.

Retirement was originally conceived for people that work in jobs like the construction trades. Construction work and the related professions necessary to rebuild America remains very physical and often dangerous. Yes, automation, better equipment, and safety measures have made the work better. However, unlike those of us that are paid to drive a keyboard rather than a bulldozer, decades of bracing all kinds of weather and lifting, pulling, pushing, pounding, climbing, and vibrating makes retirement less of a desired dream and more of a physical necessity.

There are public and private initiatives to attract more younger people to the construction industry and related trades. Investments in vocational education from high school to community college are a start. On-the-job training from government agencies, e.g., state departments of transportation, as well as construction firms and unions are also making an impact.

Perhaps equally critical to funding education, apprenticeships, and mentoring is reengineering the storyline of work in the trades. Today the perceived prestige assigned to these professions is lackluster compared to contributing to the ‘digital economy.’ The image may be lackluster but the income is not and, unlike the gig economy, benefits are often part of total compensation. For example, the base annual salary of a heavy equipment operator in Florida is between $52,000 and $71,000, while many plumbers in their 20s and 30s are commanding $100,000 to $200,000 per year. Moreover, most jobs in infrastructure construction do not typically require a four-year college education — and the all too often requisite student loans that burden graduates for a lifetime. For those who see the economy narrowly, as only the digital economy, be reassured that tomorrow’s infrastructure will be ‘smart,’ equal parts digital intelligence, metal, and concrete.

The pandemic pushed an estimated 2 million more Americans to retire earlier than otherwise forecasted. For those that remain in the workforce, aging Boomers and older Gen X’ers are right on schedule to retire, just when we need them most. As they leave the workforce, they are taking with them not just their labor, but their expertise and legacy knowledge of how to rebuild a nation.

In addition to traditional approaches to recruit and train the next generation workforce, public and private initiatives should boldly implement strategies to recruit workers of all backgrounds — including those in rural and urban America and traditionally underrepresented groups. Renewing the nation’s infrastructure requires funding, absolutely. It also requires true systems thinking that includes wise investment, a commitment to ensuring a robust pool of skilled trades, and a national narrative that all work, is good work.