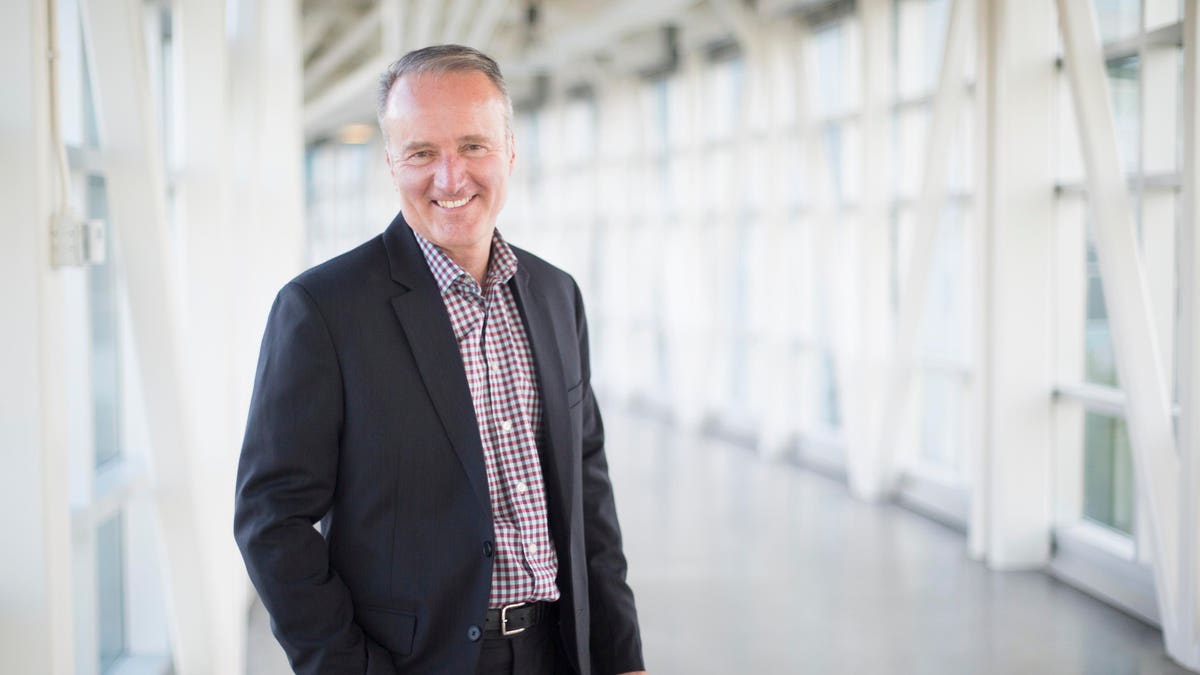 Stephanie Ricci contributed to this story.

Not many know the ins-and-outs of the aviation industry quite like Ed Sims. From working as a checking agent to running air traffic control, he’s worked everywhere from Air New Zealand to the Virgin Travel Group before becoming CEO of the Canadian airline WestJet. Upon his imminent retirement from the airline, Sims looks back on his 35-year career to share what it was like leading an airline during the COVID-19 pandemic.

“There are very few jobs that I haven’t actually done across the spectrum of aviation,” said Ed Sims, CEO of WestJet. “One of the huge benefits that I had from working in smaller entities was the ability to develop breadth as well as technical depth.”

After graduating from Oxford University in England, Sims first joined the airline industry in the ‘80s with Air Europe, a now defunct British airline. He later worked as the CEO of Airways New Zealand before joining WestJet’s Calgary office as executive vice-president of commercial in 2017. Less than a year later, he was appointed CEO.

Sims successfully led WestJet’s expansion from a low-cost carrier to a global network through its introduction of the Boeing 787 long-haul aircraft, and the launch of two new airline ventures. He has also managed the company through the largest private equity deal in aviation history with Onex’s CA$5 billion acquisition of the airline in 2019.

“I’ve built a career in aviation because I loved the privilege of being in an industry that has such a constructive purpose,” said Sims. “We are in the business of building bridges around the world, not walls. But that said, if we do not come up with effective offset methodologies, then our kids are going to look at an aircraft as a giant cigarette.”

Aviation emissions have led to growing concerns over air quality and pollution. In fact, it is one of the fastest-growing sources of the greenhouse gas emissions driving global climate change.

“It’s important to acknowledge the negative impact you have and then start with a whole series of procedures,” he said. “Fuel is 95% of our emissions, and so the major effort is not about having electronic vehicles at an airport but burning less fossil fuel.”

Sims explains that one way of reducing emissions consists of aircraft favouring continuous, “glide” descent arrivals over the step descents, which he says could “save thousands of tons of fuel every single year.”

It should be noted that emissions were drastically lowered when the aviation industry got hit by the COVID-19 pandemic, and travel restrictions were implemented across the globe. The CEO vividly remembers February, 24 of 2020 as the first time he witnessed the effects of the virus at work.

“It was the first time I’ve seen a screen go completely red,” he said. “Cancellations were outstripping bookings. It’s not something you ever want to see. My first thought was there must be a major system failure.”

“I had to say to everybody, we’re going to have to cut an enormous amount of cost out of this business because all the demand has just drained,” he added.

Sims, who had previously been through the fall of airlines in 1991 and 2001, said to have rediscovered the critical role of humanity in leadership. Faced with a critical drop in demand, he decided to give the options to his employees between working from home or reduced hours, being furloughed or early-retirement.

“It was my ambition and vision to at least give people a degree of control,” he said. “It could easily feel completely overwhelming, and that sense of victimhood can become predominant, but if you just give people a degree of control over how they want to manage the way that they stand down to let the airline stand up, then they feel that they are playing an active part rather than being a passive victim.”

“If you keep people up to date with communication, and you give them clarity around dates or catalysts that you think are going to be significant, then you’re giving people hope, and that’s the most important asset in a crisis like this,” he adds.

During the height of the pandemic, WestJet lost nearly 90% of its demand paired with 70% of its employees, wiping about “four years of profitability,” told Sims. While the situation remained bleak for the aviation industry in the first quarter of 2021, WestJet’s recovery — said to be between 60 to 70% — is occurring faster than expected, said Sims.

How has the health crisis impacted the way we travel now? As people travel less, they tend to spend more on the flights they take.

“We are finding that people will now trade up their leisure pursuits,” said Sims. “As the market recovers, we have been really pleased with improved yields and the occupancy of our forward cabins.”

Moving forward, Sims plans to continue his career in aviation with a senior advisory role with Onex. He noted that his departure from WestJet and move back to New Zealand has to do with being distanced from his children, which he hasn’t seen in 2 years due to the pandemic.

“I still firmly believe there is no more important role that I have in this world than as a parent,” he said. “I’ve been very fortunate to have some extraordinary life experiences, and I want to share those with them.”