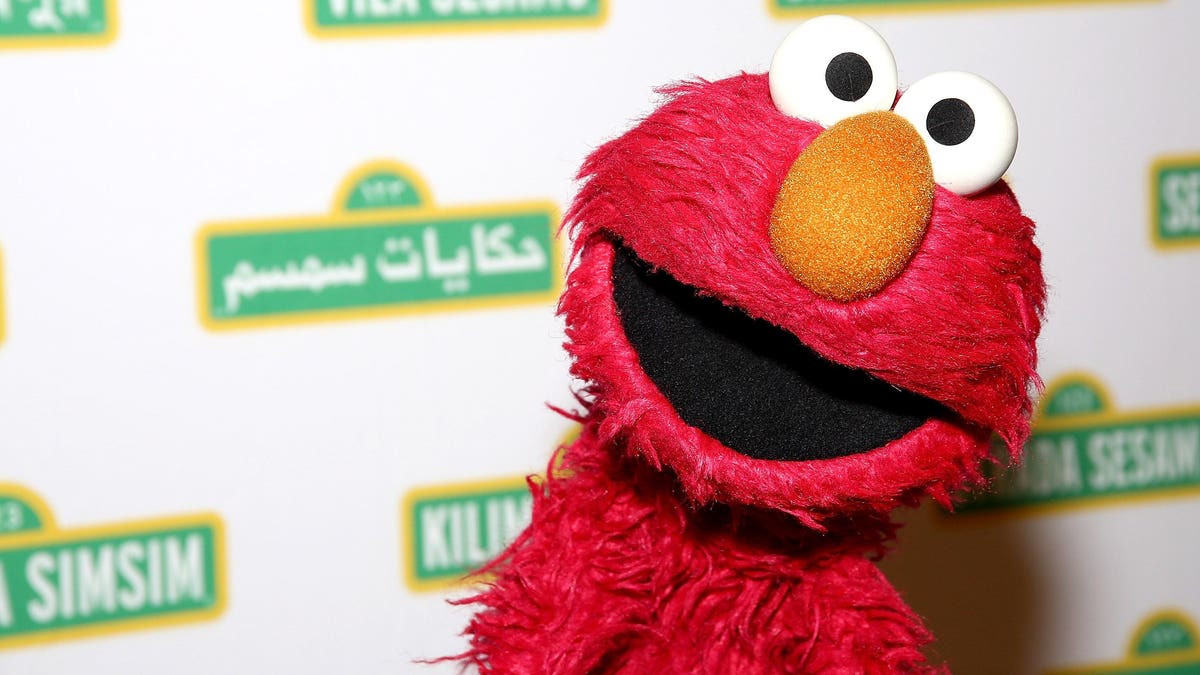 Elmo, the main character of Sesame Street, may be enjoying a viral moment thanks to his feud with a fictional pet rock on the show, but the fictional red Muppet may soon meet his maker thanks to his anti-rock sentiments: professional wrestler turned actor Dwayne “The Rock” Johnson said Thursday he would come to Elmo’s Sesame Street neighborhood to “kick ass.”

The normally mild-mannered Elmo has been a surprise star on social media this week, as old clips of him acting out of character became memes — including a video of Elmo tirading against Rocco the Rock over a cookie, which was viewed more than seven million times after being posted to Twitter Monday.

The clip of Elmo attacking Rocco attracted the attention of Johnson, who competed in the WWE as “The Rock” before transitioning full-time into acting.

Cookie Monster did not back down from the 10-time WWE champion’s challenge, responding to Johnson, “Me say cookie challenge ACCEPTED!!!”

Elmo’s viral outburst was from a 2004 episode of Sesame Street, when he lashed out against Zoe, Rocco’s owner, when she decided to give a cookie to Rocco instead of Elmo: “Rocco’s a rock, Zoe, Rocco won’t know the difference…. How is Rocco gonna eat that cookie, Zoe? Tell Elmo! Rocco doesn’t even have a mouth. Rocco’s just a rock. Rocco’s not alive.”

66,000. That’s how many TikTok videos have been made over the last week using the audio from Elmo’s 2015 appearance on the Tonight Show With Jimmy Fallon, during which Elmo says, “Balsamic vinegar: that’s a big word for Elmo!,” emphasizing vinegar in a way that reminded many of a stereotypical New York City accent.

Whether or not Cookie Monster and Johnson step into the wrestling ring. Johnson has not wrestled since 2016, but, considering the life-size replica Cookie Monster toy released in 2019 was just 38 inches tall and weighed 10 pounds, Johnson would likely still be the heavy favorite in a match between the two rivals.

Elmo — yes, that Elmo — is beefing with a rock. And Twitter is eating it up (Los Angeles Times)