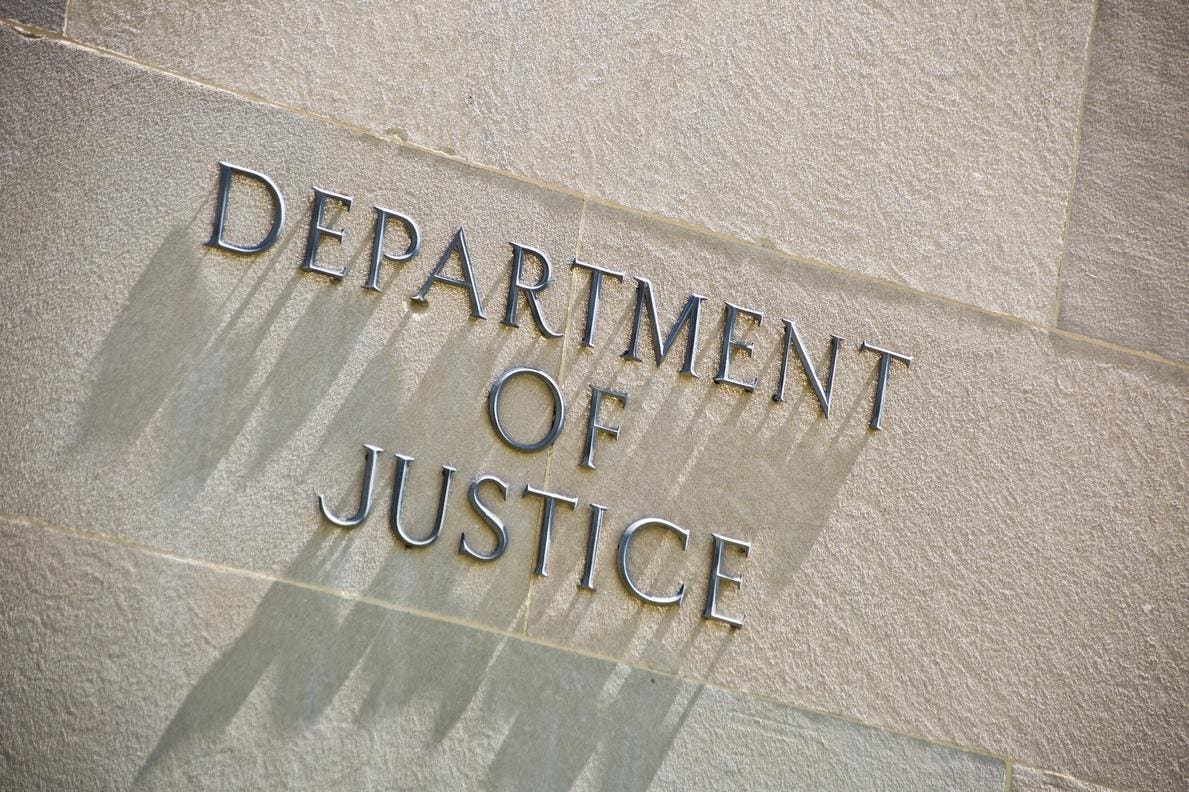 The Justice Department has created a new role: Director of National Cryptocurrency Enforcement Team. Today it announced that Eun Young Choi will serve as the first Director in that role. The National Cryptocurrency Enforcement Team, or NCET, “was established to ensure the department meets the challenge posed by the criminal misuse of cryptocurrencies and digital assets, and comprises attorneys from across the department, including prosecutors with backgrounds in cryptocurrency, cybercrime, money laundering and forfeiture,” according to the DOJ.  Ms. Choi, who assumed her new role as NCET Director today, recently served as Assistant U.S. Attorney for the Southern District of New York, where she served as the office’s Cybercrime Coordinator and investigated and prosecuted cyber, complex fraud and money laundering crimes, with a particular focus on network intrusions, digital currency, the dark web and national security investigations.

There’s a new sheriff on the Blockchain.

Tax attorneys will remember Choi from her experience prosecuting Harald Joachim von der Goltz for his role in the “Panama Papers” tax evasion scheme. Crypto enthusiasts will remember Choi (or should) for her role in successfully arguing the appeal before the Second Circuit in the case against Ross Ulbricht, the founder of Silk Road. She is an experienced law enforcement officer who understands the task ahead of her. “The appointment underscores how pervasive cryptocurrency and other forms of digital monetary exchange have become in our financial system and the importance of coordinated and robust enforcement needed to insure the integrity of these important tools of modern commerce,” says Steve Toscher, a tax litigator with Hochman Salkin Toscher Perez P.C.

“The department has been at the forefront of investigating and prosecuting crimes involving digital currencies since their inception,” said Director Choi. “The NCET will play a pivotal role in ensuring that as the technology surrounding digital assets grows and evolves, the department in turn accelerates and expands its efforts to combat their illicit abuse by criminals of all kinds. I am excited to lead the NCET’s incredible and talented team of attorneys, and to get to work on this important priority for the department. I would like to thank Assistant Attorney General Polite and the Criminal Division’s leadership for this opportunity.”

February has been a busy month for crypto enforcement. On February 8, the Justice Department seized $3.6 billion in cryptocurrency linked to the 2016 Bitfinex hack and indicted two individuals alleged to have laundered proceeds of the hack.

On February 14, Jonathan Toebbe, a nuclear engineer who worked for the Department of the Navy, pleaded guilty to what essentially amounts to espionage (conspiracy to communicate restricted data) for trying to sell classified nuclear secrets to a foreign country. He was caught, in part, because he demanded to be paid in cryptocurrency, which is traceable. According to the DOJ press release, an “undercover agent sent $10,000 in cryptocurrency to Toebbe as “good faith” payment. Shortly afterwards, on June 26, Toebbe serviced a dead drop by placing an SD card, which was concealed within half a peanut butter sandwich and contained military sensitive design elements relating to submarine nuclear reactors, at a pre-arranged location. After retrieving the SD card, the undercover agent sent Toebbe a $20,000 cryptocurrency payment. In return, Toebbe emailed the undercover agent a decryption key for the SD Card. A review of the SD card revealed that it contained Restricted Data related to submarine nuclear reactors. On Aug. 28, Toebbe made another “dead drop” of an SD card in eastern Virginia, this time concealing the card in a chewing gum package. After making a payment to Toebbe of $70,000 in cryptocurrency, the FBI received a decryption key for the card. It, too, contained Restricted Data related to submarine nuclear reactors. The FBI arrested Toebbe and his wife on Oct. 9, [of 2021] after he placed yet another SD card at a pre-arranged “dead drop” at a second location in West Virginia.”

And on Tuesday, the IRS announced revisions to the Voluntary Disclosure Practice, which now has an increased focus on cryptocurrency.

What’s Next For Crypto Enforcement?

One thing is for sure, we can expect to see a steady stream of press releases about enforcement in this fast paced area. “The creation of the National Cryptocurrency Enforcement Team (NCET) and the appointment of Ms. Choi, a highly respected veteran of the first wave of cryptocurrency cases, to lead it, signals a commitment on the part of the DOJ to take a systematic approach to the dark side of the cryptocurrency world. While in the past, bad actors may have been light years ahead of many government enforcement agencies, if the bad guys look in their rearview mirror, they will definitely see a blue shift as NCET, along with those who benefit from their training, rapidly close the gap,” says attorney John Colvin, a tax litigator with Colvin + Hallett.

Colvin cautions, “The DOJ press release notes that some areas of focus for the NCET will be cryptocurrency exchanges, mixers and tumblers. Focusing on cryptocurrency exchanges allows the government to catch criminals at the point where they attempt to turn their ill-gotten crypto-gains into cold hard cash. Similarly, going after mixers and tumblers allows the government to catch those who use such services in an endeavor to render assets untraceable. Unfortunately for those who would prey on their fellow man, the blockchain has a long (and permanent) memory.”

If you are reading this and wondering whether the IRS can really trace cryptocurrency that’s held in a private wallet, or if you have unreported crypto and are “certain” you won’t be caught, allow me to share a cautionary tale.

When the IRS first started foreign bank account enforcement in earnest, many United States people who had undeclared foreign bank accounts decided not to come forward. “I don’t have a bank account at UBS,” they thought, and naively believed that they would not be found out. But the IRS and DOJ know how to follow money – in fact, it is one of the very best things they know how to do. And it didn’t take long before the IRS and DOJ followed the money that was transferred out of UBS into many, many other banks.

Federal law enforcement agencies; DOJ, FBI, IRS, are working together and saying at every possible opportunity that cryptocurrency enforcement is a top priority. Believe them. And get a good lawyer.