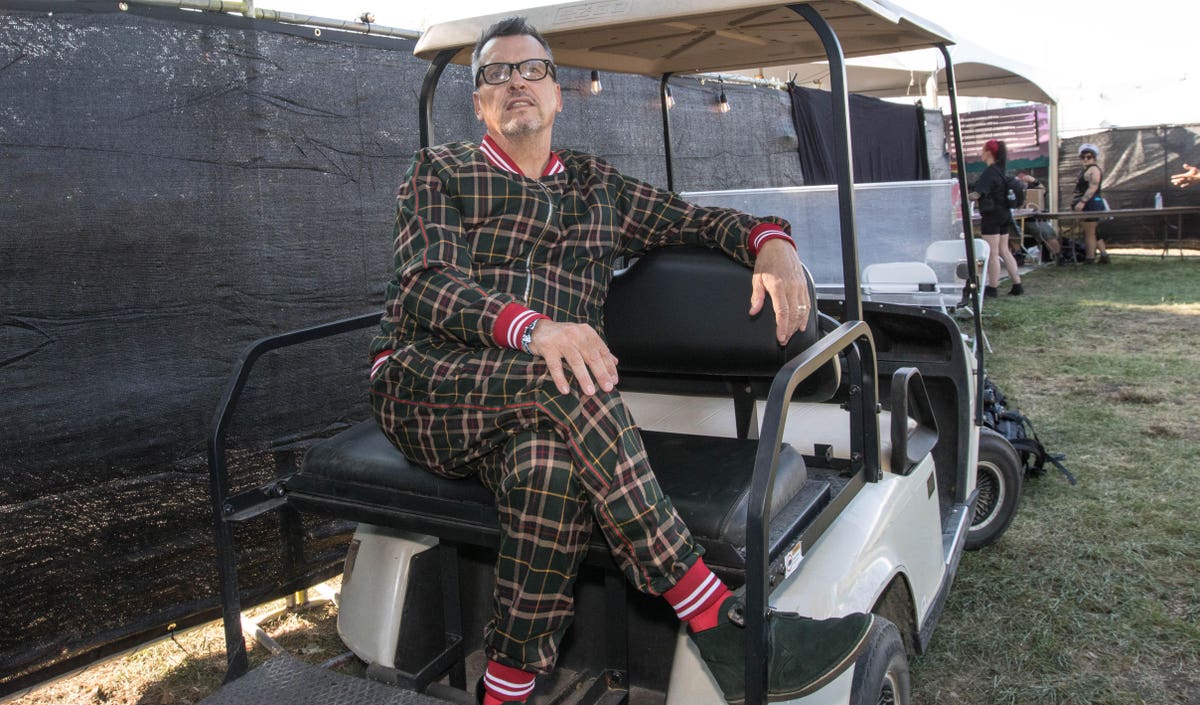 “Riot Fest what is up? Look at all of these people…” mused Best Coast singer and guitarist Bethany Cosentino. “Let me tell you something, to go from no shows for a year and a half, to the internet with no fans, to seeing all of you here, it’s perfect,” she said, noting the temporary move to livestreams amidst the COVID pandemic before live music started to return this summer. “This is a song off our new record… Which is now a two year old new record.”

Cosentino was setting the stage for “For the First Time,” from Best Coast’s terrific fourth album Always Tomorrow – a record released on February 21, 2020, just three weeks before the early quarantine of shelter-in-place orders would go into effect across America, making it all but impossible to properly promote, and profit from, the new album.

As the Delta variant continues to surge and the potential for another uncertain winter looms, taking the safer prospect of outdoor live performance off the table across much of the country, artists are again being forced to deal with the prospect of an increased level of difficulty when it comes to safely staging live concerts and the effect it will almost certainly have on their bottom lines.

For Mighty Mighty Bosstones frontman Dicky Barrett, who returned to Chicago Saturday following Riot Fest performances in 2008, 2014 and 2017 (and Riot Fest Denver in 2015), getting back on stage following forced pandemic layoff was important.

“It was a thrill and it was exciting – and nerve wracking at first. I was wondering if I even knew how to do it anymore. But once I saw the people in front of us and they were excited that we were there and happy to be experiencing live music, it all came back to me and it was great,” he said. “We’ve been here before and it’s excellent. I got very excited as we were pulling in. Riot Fest is a really, really well run punk rock festival and we’re excited to be a part of it.”

In May, the ska punks released their eleventh studio album When God Was Great, one which focuses on the importance of human connection. Written both prior to and during the pandemic, the album remains incredibly relevant, stressing the importance of the communal experience that live music provides, applying the group’s characteristic optimism in today’s unique times.

“I think that if there’s no hope or if we’re not optimistic, then what’s the point? There’s always that on every Bosstones album. When we started making albums, it was, ‘There’s always tomorrow. Don’t give up. Persevere. Keep going,’ and all of those slogans and things that people say that may sound corny. But we believe it,” said Barrett. “I think it’s extremely important. That’s what we’re here for is to connect with each other. We were kids, and there’s songs that actually reference this and talk about it, but we had to be together. You couldn’t text somebody all night long. You’d have to go, ‘Alright, I gotta meet this guy in a bar. We’re gonna sit there and we’re gonna talk and we’re gonna interact.’ So that’s what I know. And maybe that’s old school or antiquated – but that’s what I loved. I don’t like sitting around or sitting in front of a screen – I like experiencing things live: things being tangible and real.”

On stage Saturday afternoon over the course of one hour on the Radical stage, the group seamlessly worked in cuts from the new album like “Bruised” and “I Don’t Believe in Anything” alongside Bosstones classics like “Rascal King” and “Someday I Suppose,” covering Bob Marley’s “Simmer Down.”

“Thank you very much. We’re happy to be here. And it’s been too damn long,” said Barrett on stage. “It’s the only thing I’ve ever truly cared about: people getting together and enjoying live music. And when it went away, I was sad. I was a lonely boy!” said the singer, introducing the band’s live take on “Lonely Boy.”

“What’s goin’ on y’all? My name is Vic Mensa. I’m from Hyde Park on the south side of Chicago,” said the rapper Saturday during a one hour set on the Riot stage.

Mensa looked back on his time in the Chicago band Kids These Days, drummer Greg Landfair Jr. (AKA Stix) backing him throughout the set.

“16 Shots” remains a sobering look at life on Chicago’s south side and was particularly impactful Saturday during at an times stunning one hour performance in Douglass Park on the city’s south side.

“Chicago! What a magical evening!” said singer and guitarist Tim McIlrath Saturday on the Roots stage. “Before we go further, I want to send this song, and our entire set, out to Mike Patton and Faith No More who were supposed to be on this stage right now,” he said. “We weren’t supposed to be playing here. But we’re very happy to be playing these songs in Douglass Park. This song is about nights like this that feel like a dream… But this night is not a dream,” he said, setting up “The Violence.”

Rise Against is a band tailor-made to speak to a world uncertain and did just that over the course of 75 minutes Saturday night at Riot Fest.

From their latest album Nowhere Generation, bassist Joe Principe was particularly impressive, opening the group’s set with “The Numbers.”

McIlrath found a perch atop drummer Brandon Barnes’ drum riser during “Re-Education (Through Labor)” and held his guitar aloft from an amp during “Satellite.”

“I get so excited to play a festival like this in our hometown,” said McIlrath on stage, the band moments away from tearing through “Help is on the Way.” “There’s so many local bands playing here this weekend: Alkaline Trio, The Lawrence Arms, Smashing Pumpkins… Chicago, you are here!”