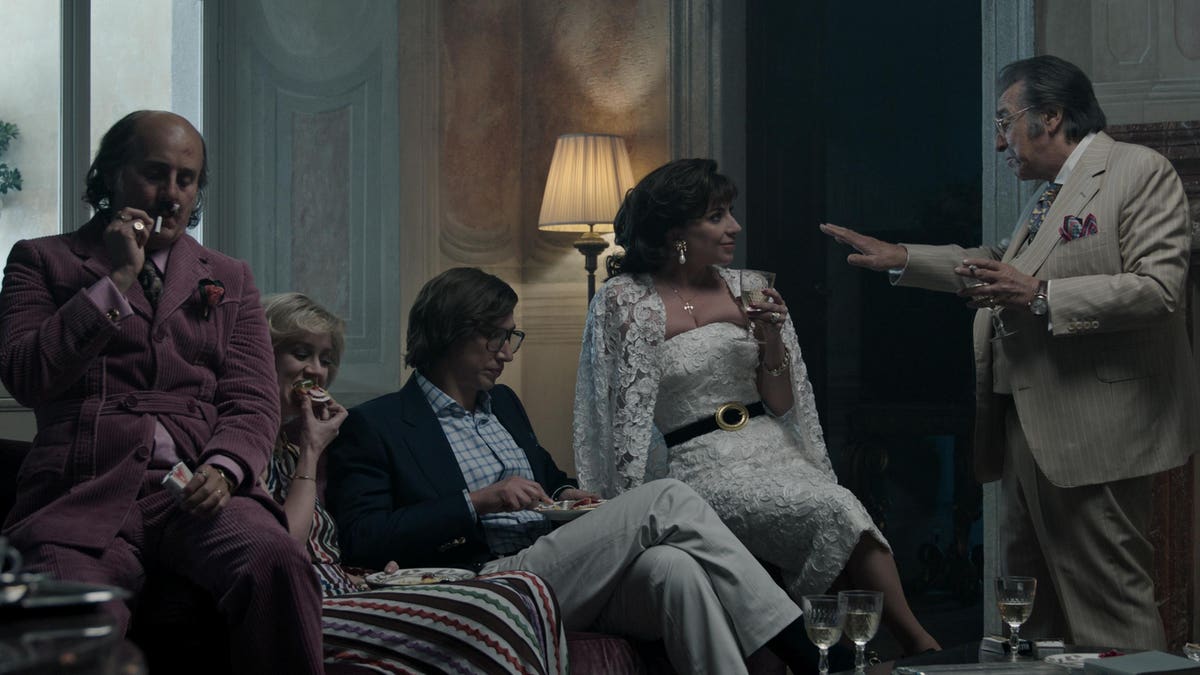 In truly optimistic news, MGM’s House of Gucci earned $1.3 million in preview showings yesterday. Ridley Scott’s much-discussed (even among non-film nerds) melodrama starring Lady Gaga, Adam Driver and Jared Leto (among others) is Scott’s second chance (after the terrific but doomed The Last Duel) to “save” big-budget adult-skewing cinema. As such, a Tuesday gross in line with Creed’s $1.4 million Tuesday back in 2015. That was, at the time, a record for a live-action Thanksgiving preview gross, and it ended up earning $30 million over the Fri-Sun portion of a $42 million holiday launch. I dare not hope for such a performance.

Yes, the Little Monsters probably showed up in force last night, and yes I’m expecting the 2.5-hour, R-rated crime dramedy to not exactly be the movie of choice for big families hanging out over the holiday. But on a Covid curve, things being what they are for adult dramas and non-tentpoles, I’d almost be happy with a debut on par with Rent ($17 million in 2005). The two Creed flicks and Rian Johnson’s all-star murder mystery Knives Out ($41 million in 2019) shows that audiences will show up to the non-tentpole concurrently with the designated “event movie.” House of Gucci does have the elements of a pre-Covid adult-skewing hit.

It has an all-star cast, an easy hook, a marquee director, good-to-great reviews and the promise of cinematic escapism. No, I’m not expecting an opening anywhere near the Creed films or Knives Out, but, man, if this gets anywhere near $25 million for the long weekend then A) Lady Gaga is officially a butts-in-seats movie star and B) I’ll have to stop picking on MGM’s domestic distribution team. Between Gucci, No Time to Die and Addams Family 2, they could be on a winning streak. And that’s before we see if Paul Thomas Anderson’s Licorice Pizza nabs a comparatively bonkers per-theater average in four LA/NYC theaters over the Fri-Sun weekend.

Sony’s Resident Evil: Welcome to Raccoon City opened on Tuesday afternoon with $935,000. The R-rated video game-adaptation, a reboot disconnected from the six-film $1.2 billion-grossing Paul W.S. Anderson-helmed series, is more faithful to the first two games in the long-running zombie series. However, if you’re someone who liked the Resident Evil movies (at least appreciated them) for the variables specifically related to the specific films (Milla Jovovich kicking ass alongside the likes of Michelle Rodriguez and Ali Larter, brutal zombie carnage way before it was a “cool again” sub-genre, unapologetically gonzo bananas sci-fi action spectacle, etc.), well, this won’t scratch that itch.

If Screen Gems and Constantin Films’ flick legs out like, uh, Taron Egerton’s Robin Hood ($14.2 million from a $1.2 million preview gross in 2018), it’ll make it to $11 million over the holiday. Of course, with Sony’s Ghostbusters: Afterlife topping the Tuesday box office with $4.7 million (+21% from a $3.8 million Monday) and $52 million over five days, how well this… almost arbitrary reboot for the sake of rebooting offering performs is of lesser consequence. Still, I will be amused if this reboot earns basically identical grosses to the $26 million cume of Resident Evil: The Final Chapter on an identical $40 million budget.