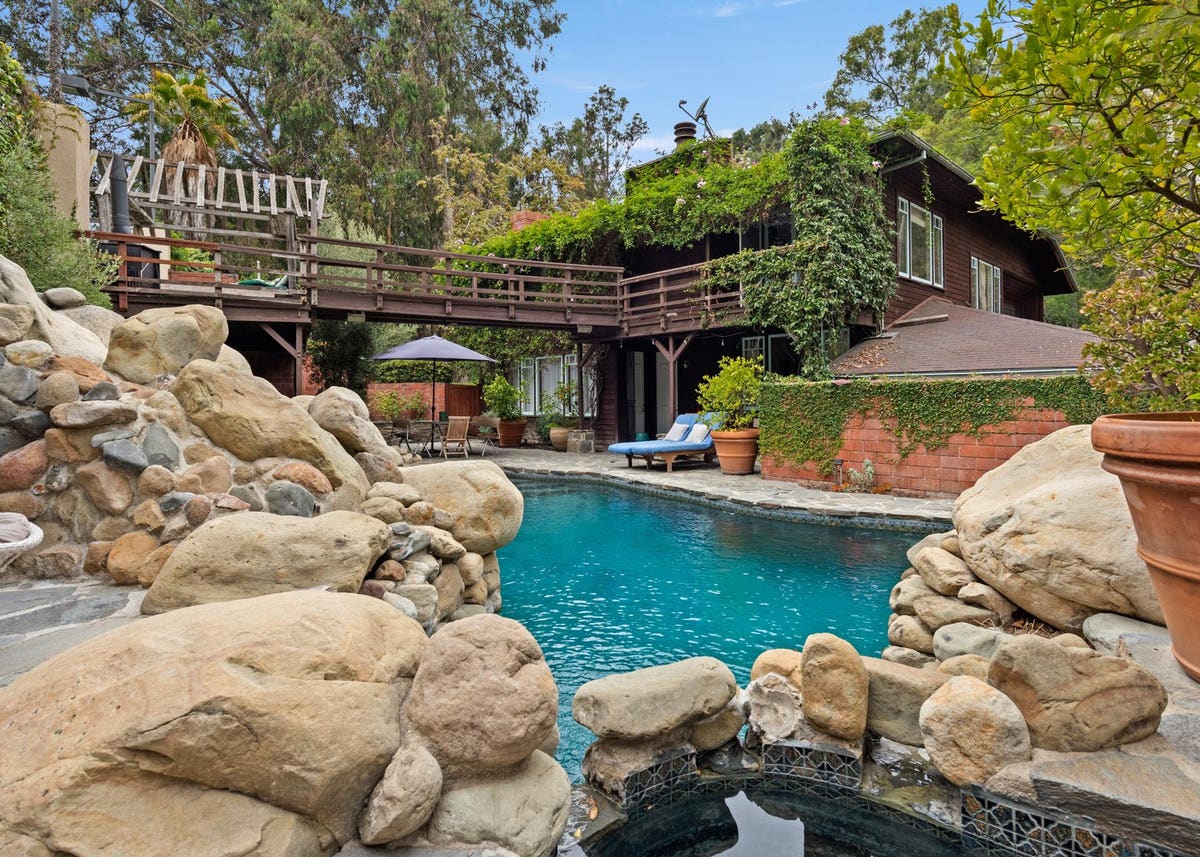 Privately tucked away on a country lane that meanders off of Sunset Boulevard in Los Angeles is a small community of 16 secluded homes that has attracted world-famous politicians, actors and industry leaders.

One house on the sparsely populated lane was previously the home of former California Governor Arnold Schwarzenegger and his ex-wife, journalist Maria Shriver. The home is now being sold by its current owners, attorney and author Maxwell Kennedy, who is the son of Robert and Ethel Kennedy, and his wife, Vicki Strauss Kennedy. It is priced at $11 million, according to TopTenRealEstateDeals.com.

Situated on 1.75 acres between Will Rogers Historic Park and Rustic Canyon Creek, the 4,177-square-foot home, a mixture of New England and California contemporary styles, was built in 1981.

The neighborhood is zoned equestrian with footbridges, riding and hiking trails, and a meandering creek running through. The five-bedroom, six-bath home has skylights, three fireplaces, a sauna, spa, grotto-style pool and a lighted tennis court in a setting of ancient oak, sycamore and eucalyptus trees.

The home in the Pacific Palisades neighborhood was the family home for Schwartzenegger,  Shriver and their four children from 1986 to 2013. They sold it to Max and Victoria Reggie Kennedy for $12.9 million.

Pacific Palisades has been a celebrity residential hotspot for decades. These actors have called the neighborhood home: Steven Spielberg, Tom Hanks and Rita Wilson, Michelle Pfeiffer and Dennis Quaid. Matt Damon lived there for years near his friend Ben Affleck but recently moved to a $16.75 million Brooklyn Heights penthouse, at its time of sale the most expensive piece of residential real estate ever sold in Brooklyn.