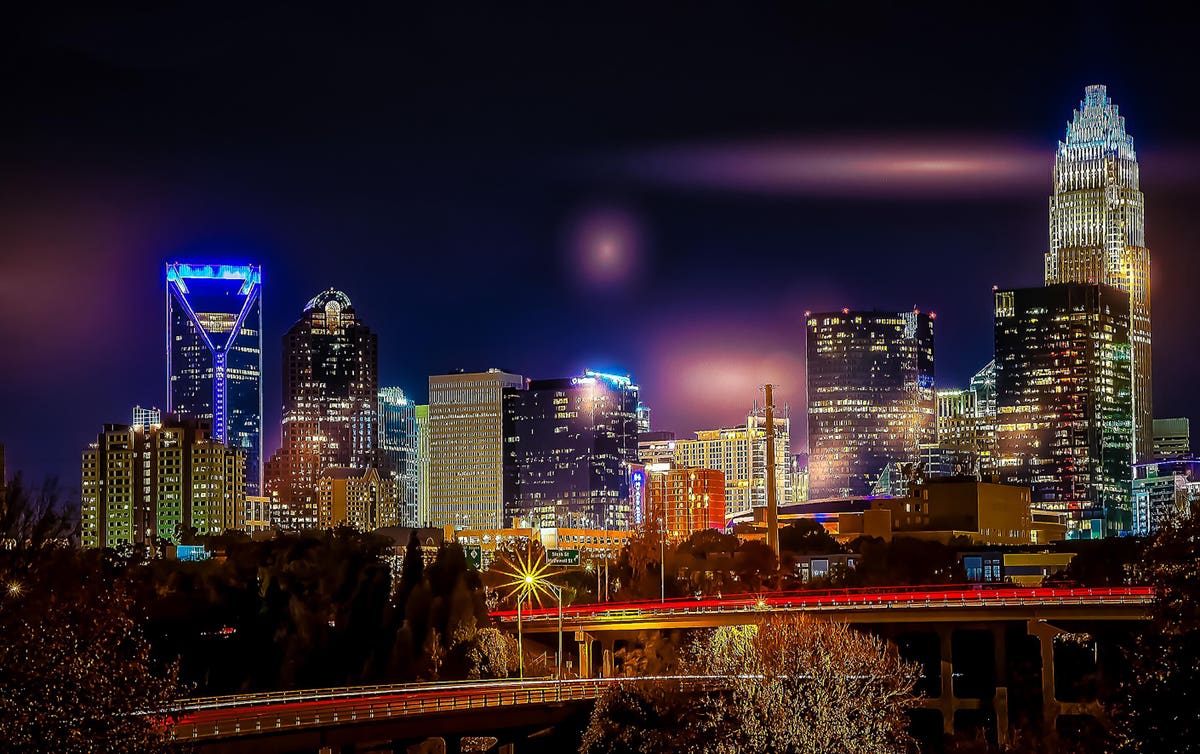 Does your list of 2022 new year’s resolutions include finding one of the best places to live in the U.S. where it’s cheap and the weather is good? You’re in luck. A recent study from PropertyShark ranked the cheapest places to live in America with the best weather. To come up with the list, PropertyShark looked at U.S. cities with more than 150,000 residents, then analyzed the cost of housing and the quality of the climate.

The result? “Americans looking for both mild climates and affordable homes will mostly find options in the humid, subtropical regions of the South and the Southeast,” says PropertyShark’s Irina Lupa.

Coming in at the top of the list: Charlotte, North Carolina, which ranks high thanks to affordable housing, a moderate cost of living, high-paying jobs, a vibrant community and year-round mild weather. In fact, the state of North Carolina swept the list, with three cities in the top five spots. Raleigh ranks number two, while Greensboro comes in at number five. (Coincidentally, Charlotte and Raleigh are also two of the fastest-growing cities in America.)

What propelled Charlotte into the top spot: its weather. Charlotte has fewer days of extreme weather than most cities on the list: only 46 days above 90º and 63 freezing days below 32º.

Looking for even better winter weather? The city on the list with the mildest winters is Jacksonville, Florida, which has the fewest number of days below 32—just 15 per year. The housing prices in Jacksonville aren’t bad either: You’ll only need to spend 25% of your monthly income on housing, thanks to a median income of $54,701 and a median home price of $227,143. (Jacksonville ranked number 12, overall.)

Or maybe home affordability is more your thing. The city on the list with the most cost-effective housing is Jackson, Mississippi, where you’ll only need to spend 10% of your monthly income on housing, thanks to a median income of $38,888 and a median home price of $63,571 (the lowest on the list). Jackson ranked seven, overall.

Another state that did well on the list? Tennessee, with thee cities in the top 15: Nashville at number nine, Chattanooga (11) and Memphis (13).

Read on to see the list of the 15 cheapest places to live in America with great weather; to see PropertyShark’s full list, which included five additional cities, you can access the ranking here.

The 15 Cheapest Places to Live in America (With Good Weather)

• Ranked: The World’s 15 Most Beautiful Places (A Scientific Study)