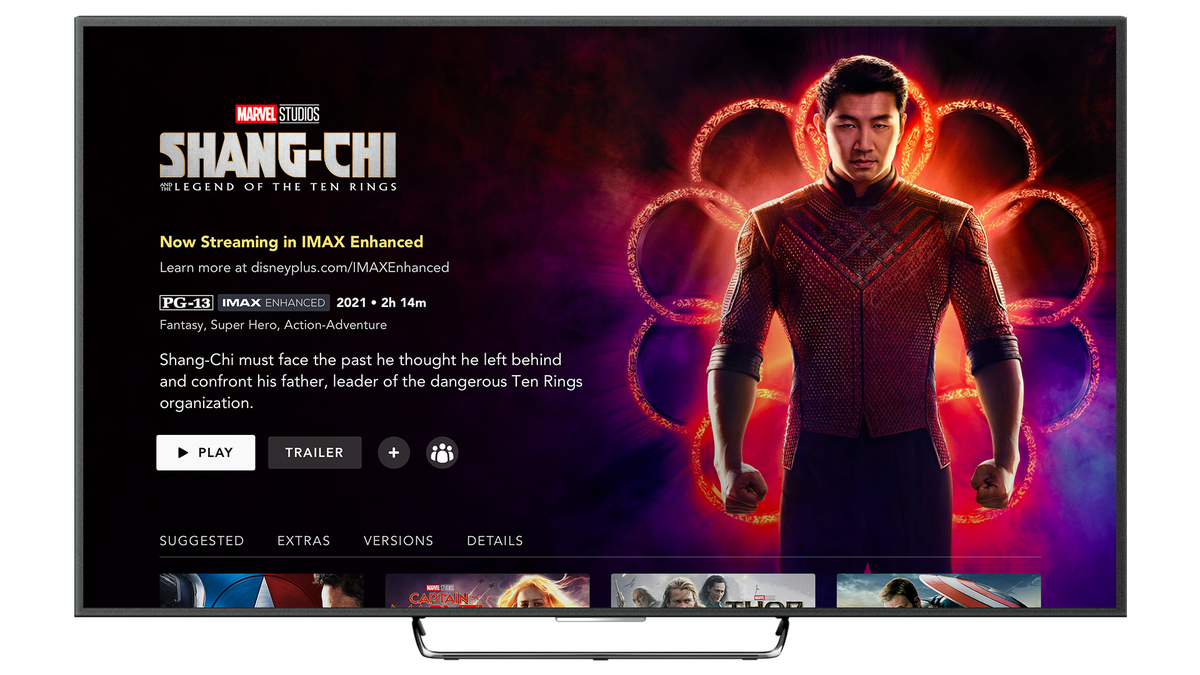 The Walt Disney Company and IMAX have announced a new collaboration that will allow at-home viewers to watch 13 Marvel Studios’ films in IMAX’s Expanded Aspect Ratio through Disney’s streaming service Disney+. Starting November 12 Marvel fans can watch movies like Shang-Chi and the Legend of the Ten Rings, Black Widow, and more with the upgraded IMAX Enhanced.

Fans watching the 13 movies at home will notice the black bars around their TV shrink as they stream various Marvel films. Viewers will not need to change anything on their TV settings or through Disney+, all they will need to do is hit play. IMAX’s Expanded Aspect Ratio is 1:90:1, which offers up to 26 percent more picture in select sequences, allowing viewers to see more of the on-screen action.

Since 2010, Marvel has earned over $1.6 billion across IMAX screens globally, which makes it the highest grossing franchise in IMAX history. Both Avengers: Infinity War and Avengers: Endgame were shot entirely with IMAX digital cameras. Other Marvel films will feature select sequences in IMAX’s Expanded Aspect Ratio starting November 12.

“IMAX, Disney, and Marvel Studios are giving the fans what they want: the most immersive viewing experience throughout the life of a Marvel Studios film, from exclusive theatrical release to the library at-home where they can now watch the Avengers assemble with more picture than ever before,” said Rich Gelfond, CEO of IMAX.

In the future, the collaboration will allow for more enhanced audio and visual tech, including IMAX signature sounds by DTS. “DTS is proud to be an integral part of IMAX Enhanced and we are looking forward to unlocking more exciting technology for Disney+ subscribers in the future, which will include immersive IMAX signature sound by DTS,” said Jon Kirchner, chief executive officer of Xperi.

With the announcement Disney+ is set to be the first major streaming service that will allow at-home viewing with IMAX Enhanced. “Disney, Marvel Studios, and IMAX have collaborated for years to bring the world’s most popular films to the big screen, and on Friday we’ll start to bring IMAX technology to subscribers with IMAX Enhanced viewing in the Disney+ app,” said Michael Paull, President of Disney+ and ESPN+.

Below is the full list of Marvel movies that will be certified as IMAX Enhanced on November 12th: